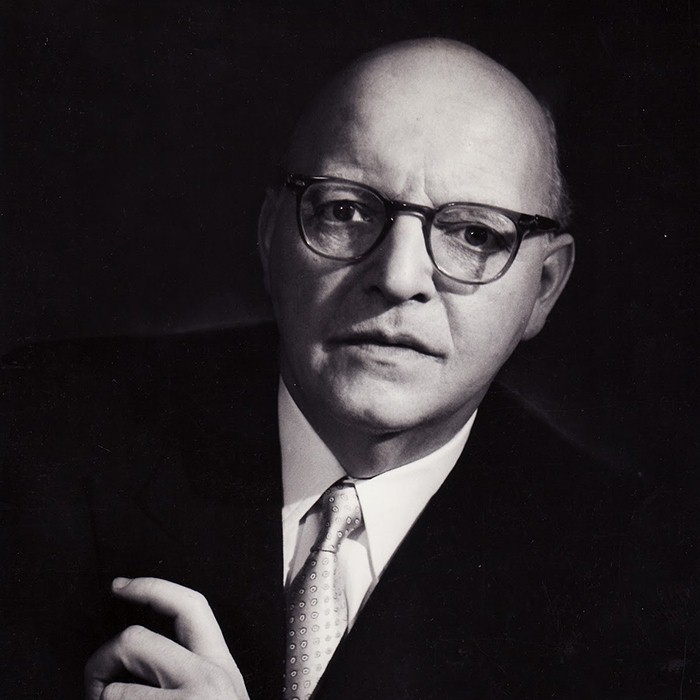 Josef Alois Krips (8 April 1902 - 13 October 1974) was an Austrian conductor and violinist. Krips was born in Vienna, Austria, and went on to become a pupil of Eusebius Mandyczewski and Felix Weingartner. From 1921 to 1924, he served as Weingartner's assistant at the Vienna Volksoper and as repetiteur and chorus master. Afterwards he became conductor of several orchestras, including a period as music director of the orchestra in Karlsruhe from 1926 to 1933. In 1933 he returned to Vienna as a resident conductor of the Volksoper. He also became a professor at the Vienna Academy of Fine Arts in 1935. He conducted regularly at the Salzburg Festival between 1935 and 1938. In 1938, the Nazi annexation of Austria forced Krips to leave the country. Krips was raised a Roman Catholic, but would have been excluded from musical activity because his father was born Jewish. Krips moved to Belgrade, where he worked for a year with the Belgrade Opera and Philharmonic, until Yugoslavia also became involved in World War II. For the remainder of the war he worked in a food factory. Upon his return to Austria at the end of the war in 1945 Krips was one of the few conductors who were allowed to work, since he had not worked under the Nazi regime. He was the first conductor to lead the Vienna Philharmonic and the Salzburg Festival in the post-war period. From 1950 to 1954 Krips was principal conductor of the London Symphony Orchestra. Afterwards he led the Buffalo Philharmonic Orchestra and the San Francisco Symphony from 1963 to 1970. He made his Covent Garden debut in 1963 and his Metropolitan Opera in 1966, becoming a frequent guest conductor from then on. In 1970, he became conductor of the Deutsche Oper in Berlin. Between 1970 and 1973, he was the principal conductor of the Vienna Symphony. Krips died in Geneva, Switzerland in 1974 at seventy-two. His brother was Henry Krips, who moved to Australia and was the chief conductor of the Adelaide Symphony Orchestra for a record term of 23 years (1949-1972). Recordings: In 1957, Krips conducted the "Symphony of the Air" Orchestra for stereo recordings of the five Beethoven piano concertos with Arthur Rubinstein, released by RCA Victor. In 1960, Krips recorded Beethoven's nine symphonies for Everest Records. For this set of recordings, Krips conducted the London Symphony Orchestra, and for the Beethoven Symphony No. 9, the soloists included Donald Bell, baritone, Jennifer Vyvyan, soprano, Rudolf Petrak, tenor, and Shirley Carter (later known as Shirley Verrett), mezzo soprano. The BBC Chorus, under the chorusmaster Leslie Woodgate also performed in this recording of the 9th symphony. This series of recordings was popular with music critics and the public, and the recordings have been reissued several times in authorized and in bootleg editions. During the 1970s, Krips recorded Mozart's late symphonies conducting the Concertgebouw Orchestra for Philips Records. These have been reissued over the years by Philips and recently Decca. Krips did not make any commercial recordings with the San Francisco Symphony, although many of his concerts were broadcast in stereo by San Francisco station KKHI.