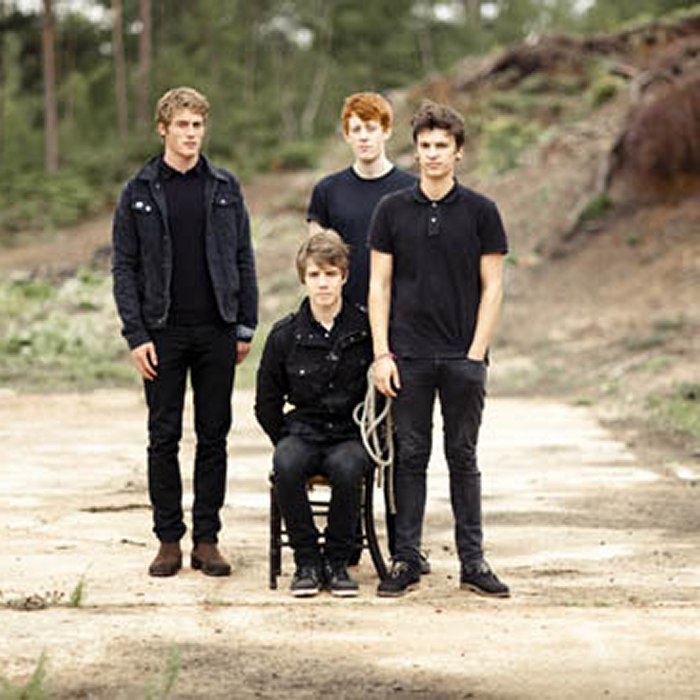 Canterbury are an English rock band, formed in Farnham, Surrey, in 2005. The band consists of guitarist and vocalist Mike Sparks, bassist and vocalist Luke Prebble, guitarist James Pipe and drummer Chris Velissarides. Canterbury was founded in 2005, by Ben Bishop, James Pipe and Luke Prebble, who all attended the same boarding school. They were later joined by Mike Sparks after leaving his previous band and the line up was completed by fellow Music Tech class mate Scott Peters in early 2007. They spent their remaining few years of education writing songs for what would eventually become their first album four years later in 2009. After leaving school they began to take the band more seriously, touring all around the United Kingdom and promoting themselves through social-media formats, including Facebook and MySpace.
After leaving school, they began touring relentlessly for the next four years playing hundreds of shows around the UK and Ireland. Starting off in opening slots for anyone who would have them, they progressed to slots on much higher-profile UK-wide tours with groups including The Automatic, Enter Shikari, Against Me, Twin Atlantic, You Me At Six and We Are The Ocean.