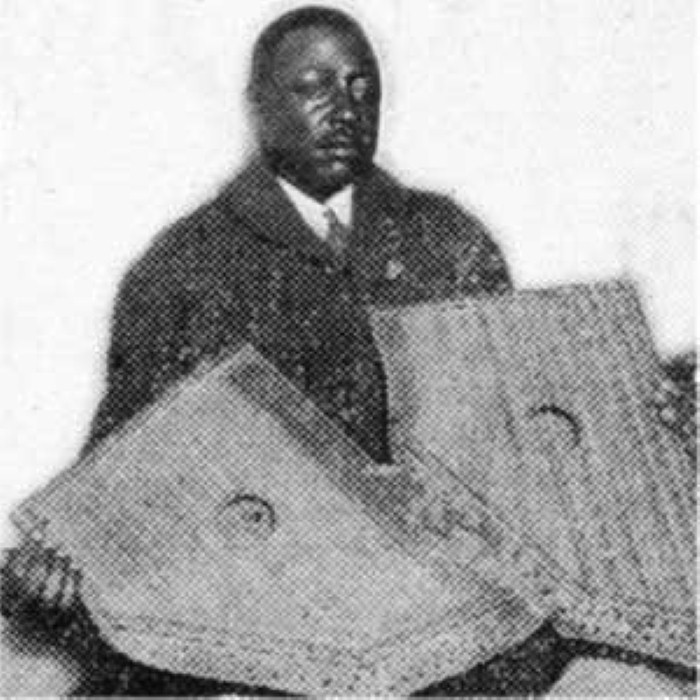 I Am Born to Preach the Gospel (0)

Phillips recorded eighteen songs, all between 1927 and 1929, though only sixteen survived. Some of his songs amount to highly specific and detailed gospel sermons, featuring Phillips’ voice self-accompanied by an instrument that sounds like a fretless zither. This instrument, which has been variously identified as a Dolceola, a Celestaphone, two Celestaphones tuned in octaves attached side-by-side, or a Phonoharp (and also is considered by some to be an instrument entirely home-made by Phillips) creates a unique sound on these recordings that makes them immediately recognizable.

Phillips was covered by the Dixie Hummingbirds, an A Capella rendition featured in Vol. 6 of the Mississippi Records “Tape Series”, released in January, 2009.

Numerous compilations of Washington Phillips’ complete recorded work have been released, such as The Key to the Kingdom on Yazoo Records in 2005. His songs have been covered by a variety of artists:

Ry Cooder covered Phillips’ “Denomination Blues” on his 1971 album Into the Purple Valley and “Tattler” on his album Paradise and Lunch (1974).
“Denomination Blues” has also been covered by the contemporary Christian groups 2nd Chapter of Acts on their 1975 live album To the Bride with Barry McGuire, and The 77s on their debut album Ping Pong Over the Abyss (1983).
Will Oldham covered Phillips’ “I Had a Good Father and Mother” on the Palace Brothers album There Is No-One What Will Take Care of You (1993). Gillian Welch also covered this song on her 2003 album entitled Soul Journey.

Phillips was covered by the Dixie Hummingbirds, an A Capella rendition featured in Vol. 6 of the Mississippi Records “Tape Series”, released in January, 2009.

The Be Good Tanyas covered “What are They Doing in Heaven Today” on Hello Love.
Sport Murphy covered Phillips’ “What Are They Doing in Heaven Today?” on his 2003 Kill Rock Stars album ‘Uncle.’
“What Are They Doing in Heaven Today” was used in a scene in the movie Elizabethtown where the main character visits The Survivor Tree in Oklahoma.
Mamie Minch dedicated her song, “Lift Him Up That’s All” under the same title of Phillips’ song but with different lyrics.
Phish has covered “Paul and Silas in Jail” on 78 occasions. This song became a relatively common part of their live performance from 1990 to 1993, but has been played on occasion since.
Phillips’ “I Am Born To Preach the Gospel” features on the soundtrack of Werner Herzog’s 2009 film My Son, My Son, What Have Ye Done?.
Ralph Stanley covered Phillips’ “Lift Him Up, That’s All” on his 2011 album “A Mother’s Prayer”.
In 2009, Atlas Sound sampled the Phillip’s “Lifted Him Up That’s All” for the song “Washington School” on the Logos album.

Phillips’ song “Mothers Last Word to Her Son” was featured heavily in the film We Need to Talk About Kevin.