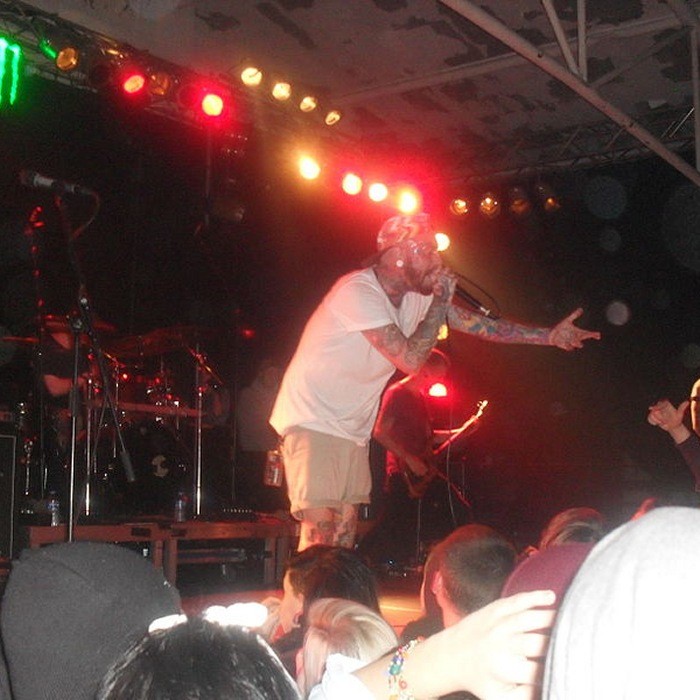 Heart in Hand are an English rock band from Bournemouth and Southampton, formed in 2008. Their musical style is a melodic blend of hardcore punk and heavy metal influences, described as both melodic hardcore and metalcore. The band currently consists of vocalist Charlie Holmes, guitarists Ed Hartwell and Ollie Wilson, bassist Gavin Thane and drummer Sam Brennan. Their first release was the Heart in Hand EP in 2009, followed by 3 studio albums, including their latest record, A Beautiful White, released in November 2014. They have over 100,000 fans on Facebook and have released 5 music videos, with a combined view count of nearly 3 million, before 2014. They supported the 2013 release of their second studio album, Almost There, by touring with bands such as Bury Tomorrow, Deez Nuts, Miss May I, Stray from the Path and Texas in July, and have also appeared at numerous British festivals, including Download, Slam Dunk, 2000 Trees, Ghostfest and Redfest, as well as on the main stages of European festivals such as Rock for People in the Czech Republic, and as headliners at a number of smaller festivals.