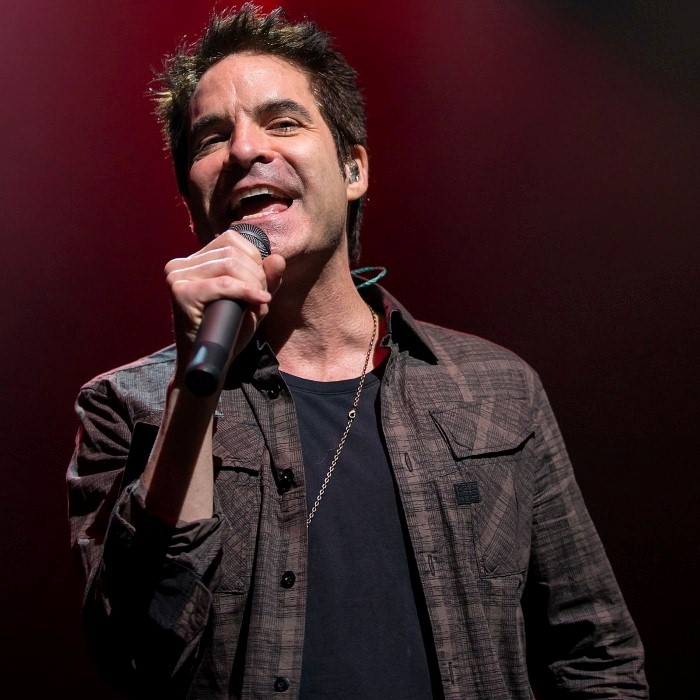 Patrick Timon Monahan (born February 28, 1969) is an American singer-songwriter, musician, and actor, best known as the lead singer for the band Train. He has collaborated with multiple artists, and has recorded a solo album, Last of Seven.
Music career :
Monahan began his musical career singing with cover band Rogues Gallery from 1988 to 1990. The band consisted of Monahan (lead vocals, percussion), Mark Emhoff (lead guitar, vocals), Mike Imboden (bass, keyboards, vocals), John McElhenny (drums, vocals) and his brother Matt McElhenny (rhythm guitar, keyboards and vocals), in his hometown of Erie, Pennsylvania. After the dissolution of the band, he left Erie in late 1993 and moved to California, where he met Rob Hotchkiss. While progressing from the SF coffeehouse circuit to the LA club scene, Monahan and Hotchkiss added Jimmy Stafford (guitar), Charlie Colin (bass), and Scott Underwood (drums) to their lineup, thus officially forming Train. l From 1994 to 2006, Monahan released four studio albums with Train. In 2002, the band earned two Grammys, one of them for the song "Drops of Jupiter (Tell Me)", which was written by Monahan and inspired by his late mother, who had died of cancer.
Aside from his work with Train, Monahan also sang additional vocals on the song "Shimmer" with the band Fuel in 2001. In November 2005, he appeared as a guest vocalist on VH1's Decades Rock Live, where he covered Cyndi Lauper's hit single "Time After Time". Later, he took part in Storytellers – The Doors: A Celebration, paying tribute to The Doors by performing "Love Me Two Times".
From 2006 to 2009, Train took a three-year hiatus. Monahan released his first solo album, Last of Seven, on September 18, 2007 and began a nationwide tour supporting it. He followed that tour with a small, intimate acoustic tour, which inspired his Last of Seven Acoustic compilation, available via digital download only. His first solo single, "Her Eyes", made the top 10 of Billboard's Hot AC chart. The album's second single was "Two Ways to Say Goodbye."
On Last of Seven, Monahan duets with folk rock musician Brandi Carlile, with special guest appearances by Richie Sambora and Graham Nash. Monahan worked with Guy Chambers to co-write two songs for Tina Turner's hits album, Tina!: Her Greatest Hits.
In 2009, Train returned to the studio with the album Save Me, San Francisco. That same year, Monahan and some of his fellow Train bandmates took on small acting roles in the CSI: NY episode "Second Chances". Monahan played the former homeless drug addict Sam Baker (dating Debbie Fallon (played by Kim Kardashian) who becomes involved in a murder investigation. They performed the song "Hey, Soul Sister" from their new album, and "Calling All Angels".
Despite the success of their new album, Monahan found time to collaborate with other artists in other projects. On April 4, 2010, he performed with The Hollies at the Rock and Roll Hall of Fame induction ceremony, as The Hollies were inducted. He sang lead vocals on the song "Long Cool Woman in a Black Dress". The following year, he contributed a cover of Buddy Holly's "Maybe Baby" for the tribute album, Listen to Me: Buddy Holly, which was released on September 6, 2011.
Monahan also recorded a duet with Martina McBride, singing Train's song "Marry Me". This version of the song is on McBride's eleventh studio album Eleven, released October 11, 2011. He also performed several times with INXS during 2011; first on The Tonight Show with Jay Leno and then at a concert at Chateau Ste Michelle. Monahan also appeared on the show The Voice, where he performed "Drops of Jupiter" with contestant Vicci Martinez. 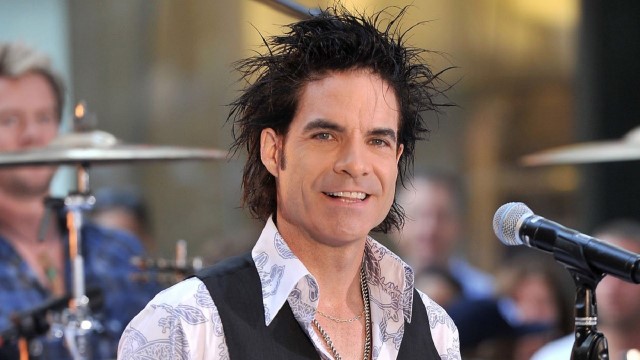