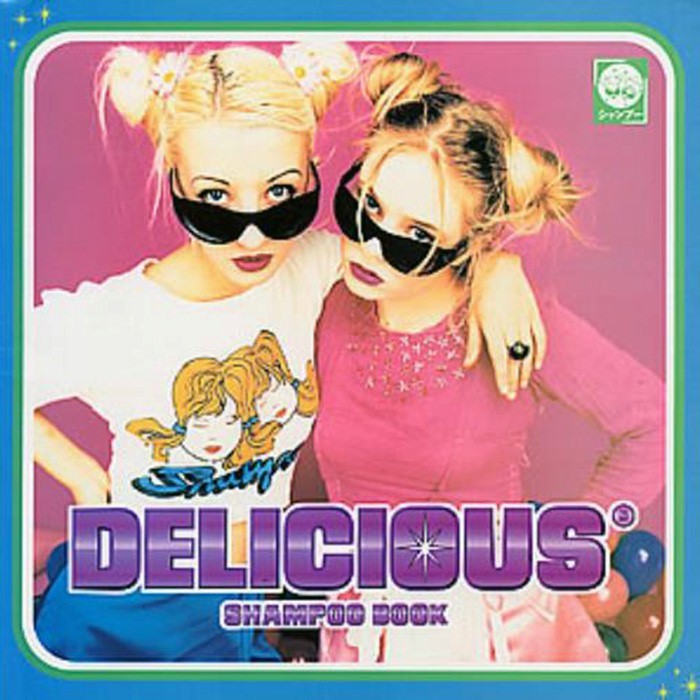 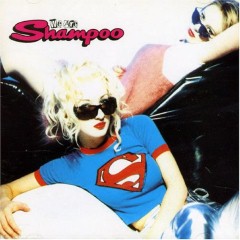 "Shampoo" were a female pop duo recording between 1993 and 2000. Comprising of Jacqui Blake and Carrie Askew, Shampoo were most famous for their peroxide blonde hair, habitual wearing of sunglasses and their single Trouble. History Jacqui Blake and Carrie Askew met as teenagers at high school in Plumstead where they became best friends and partners in crime. In the early nineties they started writing 'Last Exit' the first fanzine for the Manic Street Preachers and later appeared in the video for Little Baby Nothing. The track featured vocals from porn star Traci Lords, although she did not appear in the video. In their teens, they formed Shampoo (according to their self-propelled urban legend the name derived from the schoolyard nickname 'the shampoo girls' due to their repeated retort that they were 'washing their hair' whenever the boys in school would ask them out!) Their first single Blisters and Bruises with the b-sides 'Paydirt' and 'I Love Little Pussy' was released by Icerink records (a shortlived label created by Saint Etienne Bob Stanley and Pete Wigg) on 7' pink vinyl in 1993. This and their following single Bouffant Headbutt received favourable reviews in the music press, such as the NME and Melody Maker but was largely ignored by the general public. Whilst their first two singles were all-out girl-punk racket the following year saw the release of their most famous song, 'Trouble', and the album 'We Are Shampoo which displayed a much more radio friendly sound. 'Trouble' crashed up the charts and landed the girls on Top Of The Pops and the cover of Smash Hits. For the remainder of 1994 the Shampoo flag flew high as their infectious pop-with-attitude found fans in both the mainstream and Alternative music scenes. The band famously became very successful in Japan - possibly due to sharing a love of all things Hello Kitty. However, by the time they released their next album Girl Power in 1995 they were already virtually forgotten in Britain and when the Spice Girls appropriated the phrase to great effect its origins went sadly un-noted. Interestingly though it is for this reason that despite using the words 'girl power' constantly in interviews and on merchandise the Spice Girls were never able to have an album with this title. Though their homelands were ignoring them, Shampoo were still doing well in Asia and to the astonishment of those who'd never heard of them made it into 1995's 'richest women in Britain' list. The third Shampoo album Absolute Shampoo was released solely on the internet in 2000 and the duo disbanded shortly afterwards. Shampoo combined a poppy girlishness and a love of all things plastic, kitsch, and pink (the album artwork for 'We Are Shampoo' featured a collage of barbie dolls and sweetie wrappers) with a Punk sensibility. They often cited their main influences as being the Sex Pistols, Gary Numan and the Beastie Boys whilst also claiming to be huge fans of East 17 and Take That! They approached interviews with a studied insolence and tended to finish each others sentences claiming that they always think the same thing as each other. Playing on an image that was part Johnny Rotten, part stubborn lolita infantilism, part lipstick lesbian and part razor sharp wit, the girls tended to confuse both journalists and record-buyers as to who exactly their target audience was. Whilst this may have prevented an ongoing mainstream success this was arguably also their greatest strength in an industry increasingly dominated by one dimensional artists.