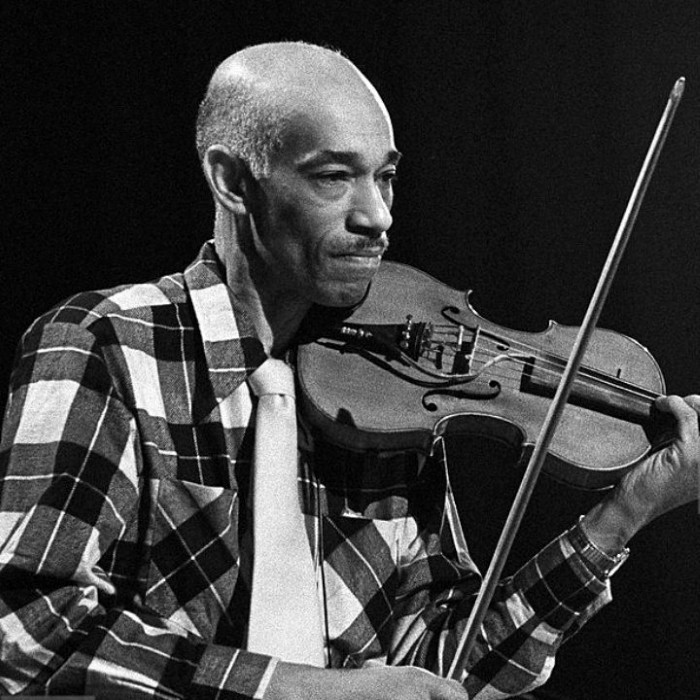 Papa John Creach (b. John Henry Creach May 28, 1917, Beaver Falls, Pennsylvania; d. February 22, 1994, Los Angeles, California) was the fiddler for Jefferson Airplane (1970-1975), Hot Tuna, Jefferson Starship, Jefferson Starship - The Next Generation, the San Francisco All-Stars (1979-1984), The Dinosaurs (1982-1989), and Steve Taylor. Creach began playing violin in Chicago bars when the family moved there in 1935, and eventually joined a local cabaret band, the Chocolate Music Bars. Moving to L.A. in 1945, he played in the Chi Chi Club, spent time working on an ocean liner, appeared in "a couple of pictures", and performed as a duo with Nina Russell. In 1967, while playing at the Parisian Room, he was "discovered" by drummer Joey Covington. When Covington joined the Airplane in 1970, he introduced them to Creach, who was invited to join Hot Tuna. He would remain with the band, although legally regarded as a hired hand, for the next five years, before leaving in August 1975 to concentrate on his solo career. In 1992, he became one of the original members of Jefferson Starship - The Next Generation, and performed with them until suffering a heart attack during the 1994 Northridge earthquake on January 17, 1994. This led to him contracting pneumonia, from which he died a month later at the age of 76. Jefferson Starship performed a benefit concert to raise money for his family after his death and released tracks from the performance as the album Deep Space / Virgin Sky.