Jr. Walker & The All Stars 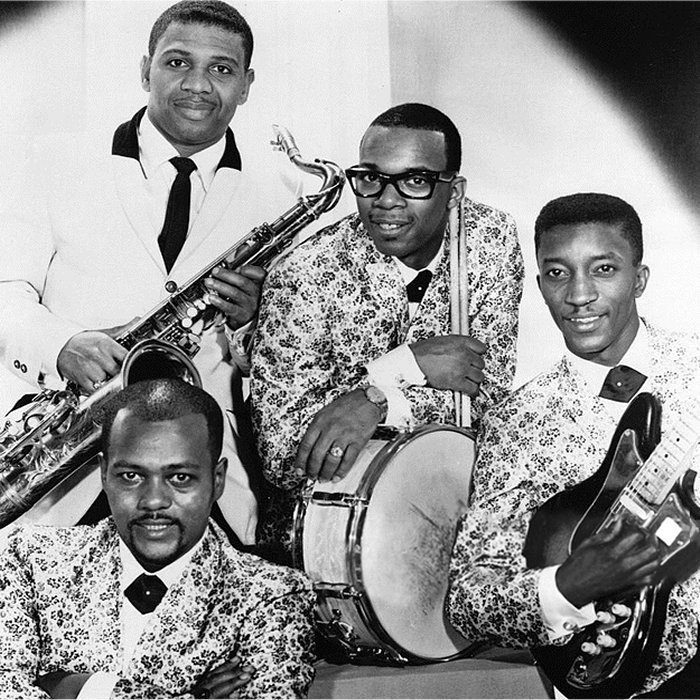 Life and career:
Walker was born Autry DeWalt Mixon, Jr. in Blytheville, Arkansas, and grew up in South Bend, Indiana. His saxophone style was the anchor for the band's overall sound. The other original members of the group were drummer Tony Washington, guitarist Willie Woods, and keyboardist Vic Thomas.

The 1950s:
His career started when he developed his own band at the age of 14, in the mid-1950s as the "Jumping Jacks." His longtime friend Billy Nicks (drummer) formed his own team, the "Rhythm Rockers." Periodically, Nicks would sit in on Jumping Jack's shows, and Walker would sit in on the Rhythm Rockers shows.
Nicks obtained a permanent gig at a local TV station in South Bend, Indiana, and asked Walker to join him and his keyboard player (Fred Patton) permanently. Shortly after, Nicks asked Willie Woods, a local singer, to perform with the group; shortly after Woods would learn how to play guitar also. When Nicks got drafted into the United States Army, Walker convinced the band to move from South Bend to Battle Creek, Michigan. While performing in Benton Harbor, Walker found a drummer, Tony Washington, to replace Nicks. Eventually, Fred Patton (piano player) left the group, and Victor Thomas stepped in. The original name, "The Rhythm Rockers," was changed to "The All Stars". Walker's squealing gutbucket style was inspired by jump blues and early R&B, particularly players like Louis Jordan, Earl Bostic, and Illinois Jacquet.

The 1960s and the 1970s:
The group was spotted by Johnny Bristol, and he recommended them to Harvey Fuqua, in 1961, who had his own record labels. Once the group started recording on the Harvey label, their name was changed to Junior Walker & the All Stars. When Fuqua's labels were taken over by Motown's Berry Gordy, Jr. Walker & The All Stars became members of the Motown Records family, recording for Motown's Soul imprint in 1964.
The members of the band changed after the acquisition of the Harvey label. Tony Washington, the drummer, quit the group, and James Graves joined the group in the Motown family. Their first and signature hit was "Shotgun," written and composed by Walker and produced by Berry Gordy, which featured The Funk Brothers' James Jamerson on bass and Benny Benjamin on drums. "Shotgun" reached No. 4 on the Billboard Hot 100 and No. 1 on the R&B chart in 1965, and was followed by many other hits, such as "(I'm A) Road Runner," "Shake and Fingerpop" and covers of the Motown tracks, "Come See About Me" and "How Sweet It Is (To Be Loved by You)". In 1966, Graves left and was replaced by old cohort Billy "Stix" Nicks, and Walker's hits continued apace with tunes such as "I'm a Road Runner" and "Pucker Up Buttercup".
In 1969, the group had another hit enter the top 5, "What Does It Take (To Win Your Love)" A Motown quality control meeting rejected this song for single release, but radio station DJs made the track popular, resulting in Motown releasing it as a single, whereupon it reached No. 4 on the Hot 100 and No. 1 on the R&B chart. From that time on Walker sang more on the records than earlier in their career. He landed several more R&B Top Ten hits over the next few years, with the last coming in 1972. In 1979, Walker went solo, disbanding the All Stars, and was signed to Norman Whitfield's Whitfield Records label, but he was not as successful on his own as he had been with the All Stars in his Motown period.

Walker re-formed the All Stars in the 1980s. Foreigner's 1981 album 4 featured Walker's blistering sax solo on "Urgent". On April 11, 1981, Walker was the musical guest on the season finale of Saturday Night Live. He later recorded his own version of the Foreigner song for the 1983 All Stars's album Blow the House Down. Walker's version was also featured in the 1985 Madonna film Desperately Seeking Susan. In 1983, Walker was re-signed with Motown.
In 1988, Walker played opposite Sam Moore as one-half of the fictional soul duo "The Swanky Modes" in the comedy Tapeheads. Several songs were recorded for the soundtrack, including "Bet Your Bottom Dollar" and "Ordinary Man," produced by ex-Blondie member Nigel Harrison.

Death:
Junior Walker died of cancer at the age of 64, in Battle Creek, Michigan, on November 23, 1995. He had been inducted into the Rhythm and Blues Foundation that year. Junior Walker is buried in Oak Hill Cemetery, in Battle Creek, Michigan, under a marker inscribed with both his birth name of Autry DeWalt Mixon, Jr., and his stage name.
Walker's "Shotgun" was inducted into the Grammy Hall of Fame in 2002. 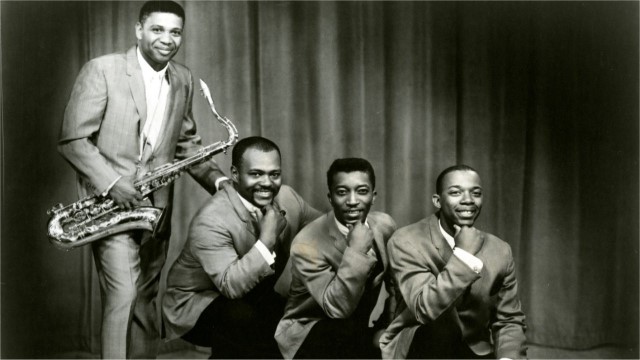