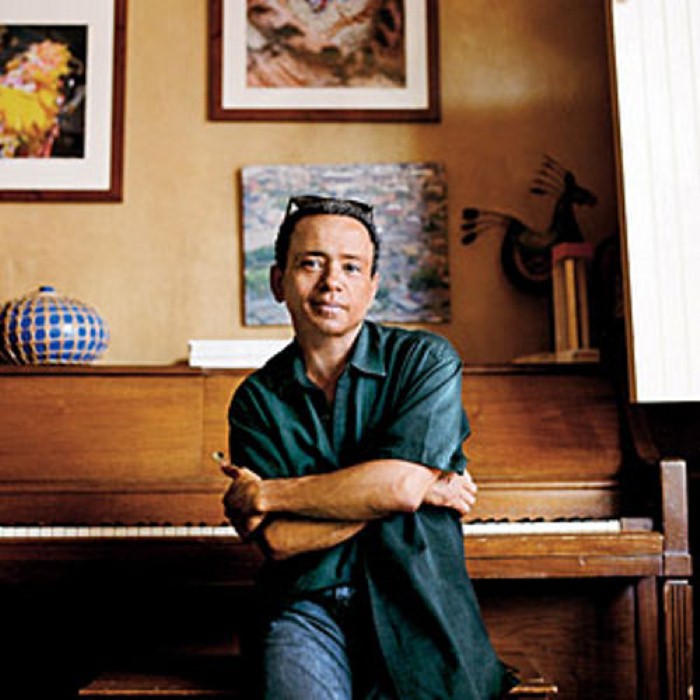 John Boutté is an American jazz singer based in New Orleans, Louisiana who has been active since the mid 1990s. He is known for diverse music style that goes beyond jazz to R&B, gospel, Latin, and blues. He is the younger brother to renown jazz and gospel singer Lillian Boutté. Boutté was born into a 7th Ward Creole family in New Orleans. Exposed to the local culture such as Mardi Gras parades and jazz funerals since childhood, Boutté also grew up listening to R&B music of Stevie Wonder, Marvin Gaye and the like. He played trumpet and cornet in marching bands in his junior high and high school days. During this time, he also formed an a cappella group and sang on the streets. Boutté studied business at Xavier University and after he graduated, he joined the U.S. Army where he stayed for the next four years. When he returned, he started to work for a credit union instead of entering into music business. It was when he met Stevie Wonder that he started to consider seriously about becoming a professional singer. Wonder acknowledged his talent and recommended him to pursue career in music. He soon joined Lillian on her tour to Europe, and his professional career started. He was featured on Lillian's live album "Gospel United" released in 1994. In 1996, he released an album under his own name titled Through the Eyes of a Child. He was the featured guest vocalist on Cuban group Cubanismo!'s Mardi Gras Mambo recorded in New Orleans. In the recent years, Boutté has been working with ex-Cowboy Mouth guitarist and singer, Paul Sanchez which lead to a collaborated effort Stew Called New Orleans released in 2009. Boutté was also featured on John Scofield's 2009 album Piety Street singing the lead on three tracks. Singers Tricia Boutté (Sister Teedy) and Tanya E. Boutté are John's nieces. Boutté's "Treme Song" on his Jambalaya album is the theme song of HBO's series Treme.