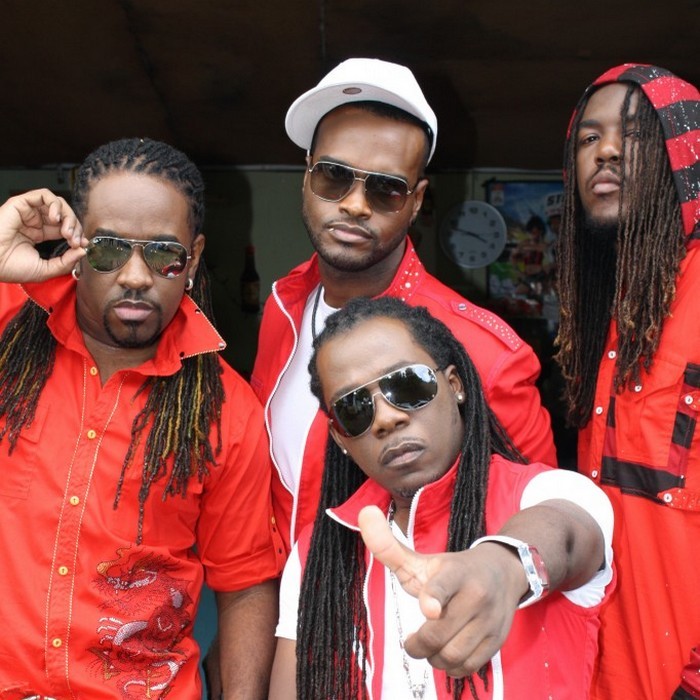 Origins:
The group's origins can be traced back to the early 1990s while the members were still attending school. Alistaire McCalla and Xavier Davidson were friends, and McCalla recruited Craig Thompson and Roshaun Clarke who were fellow members of the choir at Campion College in Kingston and T.O.K. was born.
The group got their initial break in 1993, after a stint playing at high school parties and hotels, they finished second at the annual Tastee Talent Competition. Their performance was noticed by the local record producer Stephen Craig of Nuff Records. After voicing some tracks for Craig's label, they were signed to a recording contract to Sly Dunbar and Robbie Shakespeare's Taxi label in 1996, and released their first single, "Hit Them High", which had little impact. Later that year, they signed onto Richard "Shams" Browne's High Profile label and released two more singles, "Send Them Come" and "Hardcore Lover" with Lady Saw. The latter tune was popular, climbing the Jamaican dancehall charts, and earned them a contract with VP Records. In 2012, the group became independent of their contract with VP Records. They are now working under their own label, X.C.A.R.R. Records.

Commercial success:
Described by the New York Times as "the world's greatest dancehall-reggae boy band", T.O.K. has been Jamaica's leading dancehall group for over a decade. Since emerging on the scene in the early 1990s, they have released numerous hit songs and albums.
In 1999, they recorded "Eagles Cry" (a version of Prince's "When Doves Cry") on the Jamaican imprint Xtra Large, which became an international success. "Eagles Cry" was followed closely by "Chi Chi Man", based on the "Sashi" riddim created by Tony "CD" Kelly. The group entered the US market in 2001 with their debut album, My Crew, My Dawgs, which made the Top 10 in the Billboard Top Reggae Album Chart and achieved platinum status in Japan. That year, T.O.K. appeared on MTV's first Advance Warning. The group had a further success with the single "Gal You A Lead". The video was selected for MTV2's New Faces of MTV2, and was among Blender's "Top Songs of 2004". Produced by Bobby Konders, the single reached No. 85 in the US Billboard Hot 100.
Their second album, Unknown Language (2005) produced another hit "Footprints", also making it into the Billboard Chart at No. 93. The album followed its predecessor with platinum sales in Japan. T.O.K. spent a couple of years touring the world promoting Unknown Language.
In 2007, two more hits emerged in "No Man" and "Guardian Angel". "Guardian Angel" rose to No. 1 on the Reggae Charts in New York City and Florida as well as in Jamaica. Since the start of 2008, T.O.K. has released several new singles, as well as music videos for "No Man", "Unbelievable", the "Hotta Vybez Medley", "Raindrops Medley" and more recently "Supermodel".
In August 2009, their third album, Our World was released, with collaborations with from Beenie Man and Kelly Price.
In 2013 the group collaborated with Major Lazer on the single "Shell It Down", which incoprorated EDM.
The group's reality TV show, T.O.K.: Taking Over, was aired on CVM TV in July 2014. The group are due to release a new album (Taking Over) in 2015, their first since leaving VP Records.

Controversy:
T.O.K. was one of the musical acts that the Stop Murder Music campaign targeted. Their song "Chi Chi Man" was controversial for its lyrics which promote the murder of gays. T.O.K. refused to sign the Reggae Compassion Act, but drafted and signed their own contract in August 2009 before their performance in Zurich called the T.O.K. Compassion Act. Their contract states "We respect and uphold the rights of all individuals to live without fear of hatred and violence due to their religion, sexual orientation, race, ethnicity or gender."

Name acronyms:
T.O.K. originally stood for "Touch of Klass" however the band has devised many backronyms for their moniker, such as "Taking Over Kingston", "Tribe of Kings" or "Theory of Knowledge". 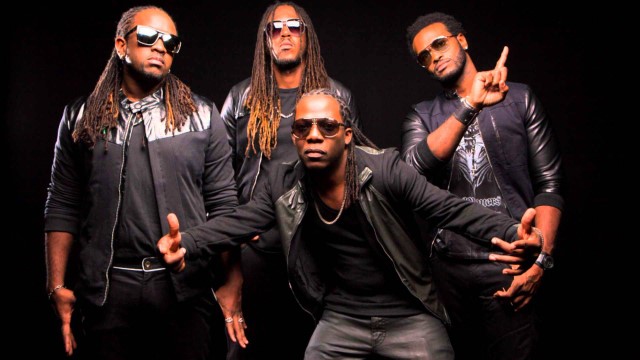