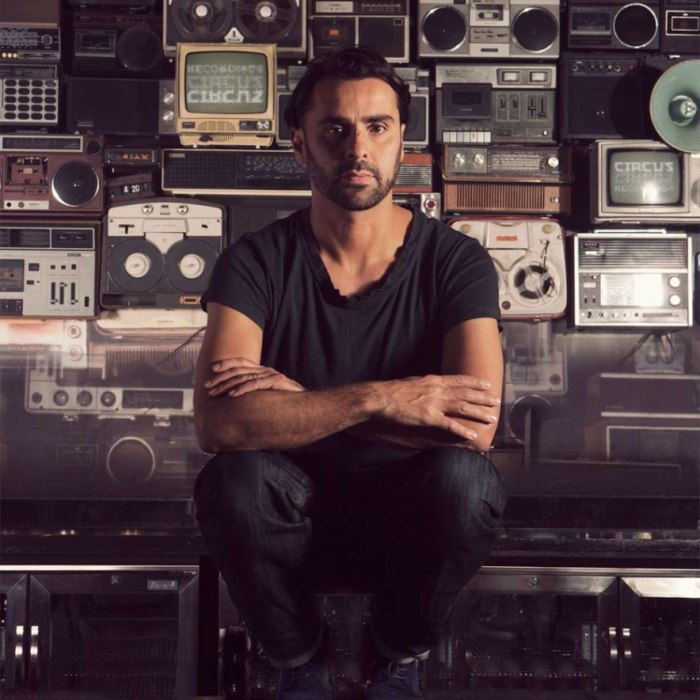 The new decade sees Yousef consolidating his status as an international DJ, Producer, Club Promoter and Music aficionado with ever greater impact. Running one of Europe’s premier clubnights co-exists alongside manning a record label of the same name, whilst his reputation as a DJ grows with increasing stature and a constantly escalating global calendar.
His productions continue to leave an indelible imprint on the world; the release of second artist album ‘Indigo Child’, the follow-up to 2009’s impressive LP ‘A Collection of scars and situations’, is scheduled for later on in 2011. A hugely expansive collection much like its predecessor, it marks a return to Circus Recordings after Yousef took a twelve month sabbatical to work exclusively with a select band of record labels, including Saved, Cocoon, Harthouse, and Monique Musique.
The return will be kick-started with the release of one 8 track EPs entitled ‘Yousef’s Circus Reworks’. The focus is simple; transformations of several productions with the Circus dancefloor specifically in mind, Jamie T, Fourtet, Giles Peterson, Moby and Sven Vath among the producers contributing material for Yousef to re-jig alongside his own peerless ‘Come Home’. Each track represents a certain time of the night or certain room; painting a personal musical projection of what Circus means to Yousef and an ideological snapshot of the clubnight’s musical DNA.
The event is quite the beast. Now in its ninth year, it’s quickly moved from being the best night in Liverpool to one of the most talked about and well respected soirees on the continent, the flagship for the refurbished and Funktion One equipped Masque. The high profile nature has seen shows with Planet E, Bedrock, Meganite and Teutonic techno institution Cocoon, not to mention a superlative collaboration with the BBC for the 500th Essential Mix.
Loco dice, Pete Tong Carl Cox, Richie Hawtin, Sven Vath, Ricardo Vilalobos, Laurent Garnier, Luciano, Carl Craig, Adam Beyer, John Digweed, Davide Squillace, Raresh, Dennis Ferrer, Heidi, Nic Fanciulli, Tim Green and countless others have all played for Yousef and his party in the last 12 months. Many more are slanted for future shows in 2011 and beyond as it nears an unprecedented ten years of rave carnage.
And Yousef continues to push further ground as a DJ. 2011 will see his second year as one of the residents at Carl Cox presents... at Space, arguably the internationally renowned nightclub’s finest party of the season. A recent tour of South America saw a consolidation of his status as one of the premier foreign DJs for the continent (a debut at Warung Beach a particular highlight), and he remains a huge draw from the sun kissed shores of Melbourne to Miami to the sweat soaked basements of Manchester and Munich.
One thing’s for sure; Yousef will continue to leave a huge personal footprint upon electronic music both behind the scenes and behind the decks of the world’s finest clubs, whilst creating the musical soundtracks that pulsate through their clubber’s ears. He simply knows no other way.