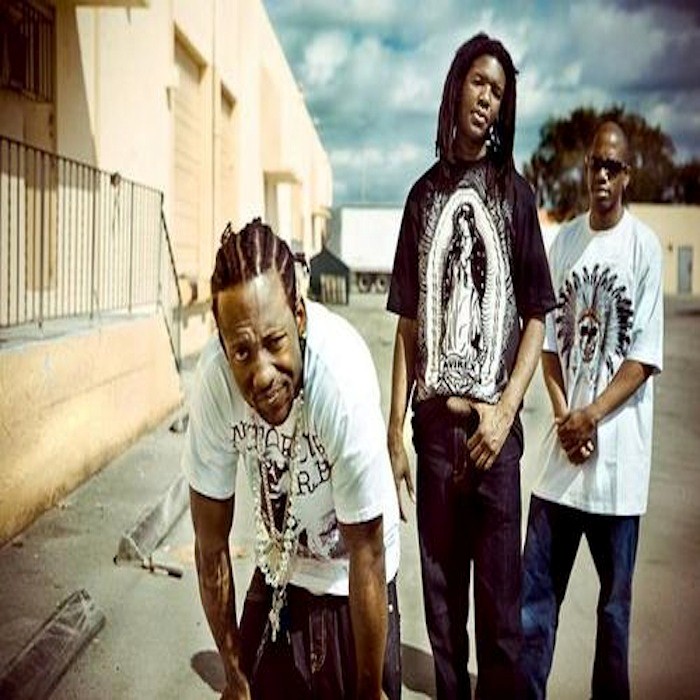 Whole Wheat Bread is a band featuring Aaron Abraham on vocals/guitar/bass, Joseph Largen aka Mr. Whitefolks on drums and Will Frazier on bass. All three members of the band grew up in Jacksonville, Florida and life there largely influenced the band’s sound that might be best described as “dirty south punk rock” but contains elements of several genres including punk, crunk, reggae, rap and metal. “I call it the Baltimore of Florida,” says principal songwriter Aaron Abraham about his hometown, “if you look at Baltimore compared to the rest of the US, you might roll thru certain parts and think it has no hope and it’s kinda like that in Jax where everything is isolated so it’s easy to fall into traps.”

Abraham was intent on not falling and started the band as a way to cope and ultimately rising up from hardship. “Jacksonville is a poor and ignorant city,” Abraham continues, “many people who live there have never been anywhere else so I feel to rise up out of that takes a special kind of person.”

After several years on the road, honing their chops nationwide with the likes of Rancid, Bad Brains, Bouncing Souls, Gym Class Heroes, Wu-Tang Clan, Suicidal Tendencies and others, it’s safe to say the band has risen from their humble beginnings in the Southeast. They’ve performed to thousands at major festivals including Coachella, Bamboozle and Warped Tour but they never forget their roots. The band reps their home turf hard no matter what part of the country they may be in at any given time. Aaron shrugs it off with gratitude, “many bands and rappers pay homage to their hometown because it’s what they know and it’s where they got their courage so I have to thank my town and people for that because their aren’t many voices in our town that come with credibility.”

Credibility is something Whole Wheat Bread has earned on both sides of the musical fence – the punk and rap worlds. The game’s elite is down with WWB and whether that’s Lil Jon on the rap side or Tim Armstrong for punk, the band has connected with the artists that have influenced them and now, remarkably view the band as peers. Rancid has invited the band on the road while Lil Jon invited them to play on his upcoming album. “They can see the authenticity of our sound plus Lil Jon loves punk and Tim Armstrong loves rap,” says Aaron, “me and him were talking about T.I. and Lil Jon would talk to me about Bad Brains.”

The band’s unique guitar-charged punk rock mixed with southern hip-hop is perfectly constructed for the iPod-on-shuffle generation who enjoys their music rap, punk, reggae, rock, all mixed together and all points in between. “We can play a show of punk songs and someone from Jamaica will come up to me after the show and ask me, are one of y’all from the Caribbean?” says Aaron, “the different influences have always been there so I see more songs coming that are exactly that and less songs that are simply a punk song.”

Hearts of Hoodlums is the band’s new album. It was produced by Travis Huff (Yellowcard, Armor For Sleep) with guest appearances by rapper Murs and punk rocker Mike McColgan of Street Dogs. Hearts of Hoodlums showcases the band’s versatility from the balls-out metal of “I Can’t Think” to the epic “Staying True” starting with acoustic guitars and string flourishes only to end with the band rocking out in full-unabashed glory. The album’s opener “Bombs Away” shines with vocal contributions from Mike McColgan of Street Dogs and a lyrical message that hits home. According to Abraham the song is about “the war, the effect of the economy, immigration and so on”. He continues, “it all seems so senseless and all that happens in the end is a loss.”

The catchy “Girlfriend Like This” has a reggae backbeat and features samples that would sound at home on a Lee Scratch Perry album. The band’s homage to repping your home turf “Throw Your Sets Up” features southern rap with distorted guitars sounding somewhat like a hybrid of Outkast and N.E.R.D.

Fans of the band’s punk edge won’t be disappointed as while the album is versatile, there’s plenty to mosh to like “Lower Class Man” or “New Age Southern Baptist N*gga From Da Hood” of which Aaron simply says, “hallelujah my n*gga.”

Whole Wheat Bread will perform on March 19 at SXSW in Austin, TX. They are planning a UK trip this April. 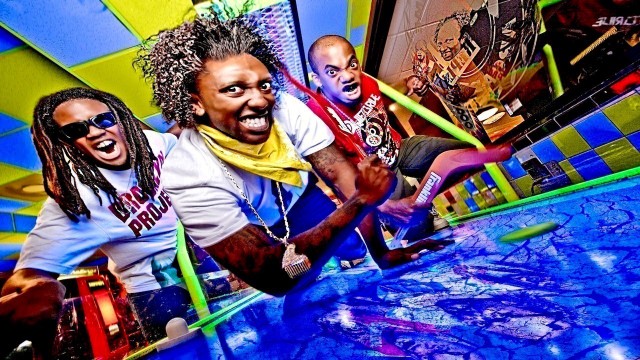