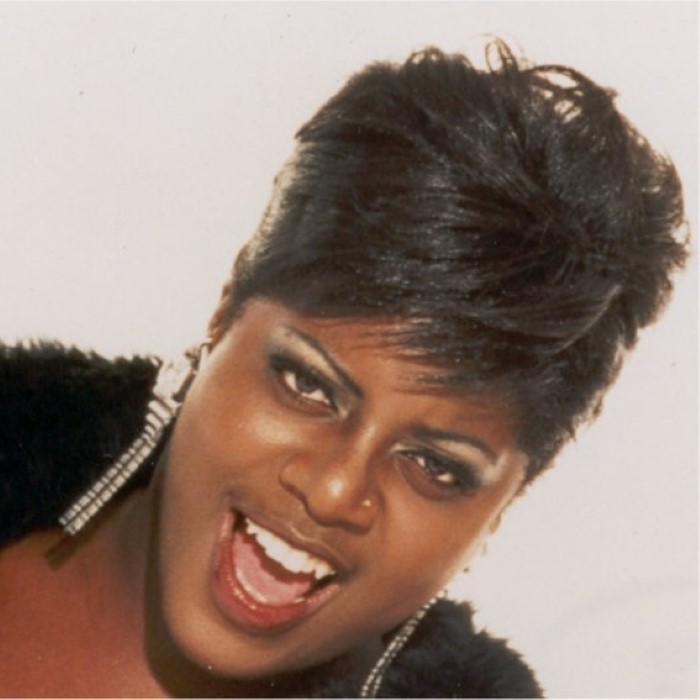 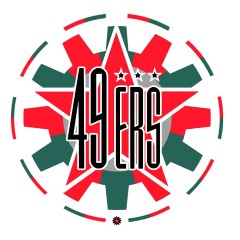 49ers are an Italian house and Eurodance act, featuring producers and DJs Gianfranco Bortolotti, Luca Cittadini, Diego Leoni and Pieradis Rossini with vocalist Ann-Marie Smith. They were named after the San Francisco 49ers American football team, as Smith was the 49th vocalist to audition.
In 1990, two of their songs reached number-one on the US Billboard Hot Dance Club Play chart; "Touch Me" and "Don't You Love Me".
The project was formed in 1988, by the producer Gianfranco Bortolotti. The debut single, "Die Walküre", was based on a vocal from Freeez's "I.O.U." (although the woman in the video is Josy Gil Persia) and reached #20 on the French Singles Chart. It was followed by "Shadows" one year later. After this, the group recruited Dawn Mitchell to front the act. "Touch Me" was partially based on an Aretha Franklin sample ("Rock-a-Lott"), whilst its chorus line was taken from Alysha Warren's song, "Touch Me". "Don't You Love Me" featured a vocal sample from Jody Watley's hit "Don't You Want Me" and peaked at number 78 on the Billboard Hot 100. Other borrowed phrases and hooks are dispersed throughout the accompanying album. It was revealed that Mitchell was Lip-syncing the vocals on "Touch Me". She then provided vocals on other five songs from that album.
"Touch Me" became a number 3 hit in the UK Singles Chart in January 1990, whilst "Don't You Love Me" peaked at number 12 and the single "Girl to girl" peaked at number 31 in that same listing.
A remix album and the stand-alone single "Believe In Me" (which Mitchell co-wrote and sang) was released in 1991. Soon afterwards, Mitchell left the act and was replaced by Ann-Marie Smith. The second album, Playing With My Heart, was released in 1992. The album spawned five singles, "Move Your Feet", "Got to Be Free", "The Message", "Everything" and "Keep Your Love".
The single "Rockin' My Body" reached number 31 on the UK Singles Chart. They released four more singles including "Lovin' You", "Baby I'm Yours", "I Got The Music (aka I Got It)" and "Let The Sunshine In". Following this, the act broke up in 1998.
In 2010, 49ers briefly returned with a single for Italian label Ego Music, entitled "Je Cherche Apres Titine", which featured samples from Charlie Chaplin's comedy film "Modern Times" from 1936.
In September 2012, Gianfranco Bortolotti revived Media Records under new name, Media Songs s.r.l. In 2013, 49ers released a song called "Shine on in love" with a singer Cheryl Porter.