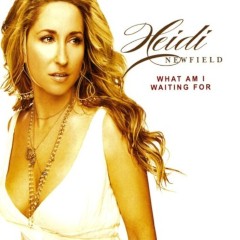 Heidi Newfield (born October 4, 1970 in Healdsburg, California) is an American country music artist. She served as lead vocalist, guitarist and harmonica player for the country music group Trick Pony (alongside Keith Burns and Ira Dean) from 1996 until 2006, when she left in pursuit of a solo career. Aubrey Collins succeeded her as the group's lead vocalist until her own departure in 2008, the same year that Trick Pony disbanded. Newfield's first work outside of Trick Pony was as a guest vocalist on Cledus T. Judd's cover of the Ray Stevens song "Gitarzan", featured on Judd's 2007 album Boogity, Boogity - A Tribute to the Comedic Genius of Ray Stevens. Later in 2007, Newfield began recording her solo studio album for Asylum-Curb Records, the same label to which Trick Pony was signed from 2004 to 2008. Entitled What Am I Waiting For, the album was released in August 2008. Its lead-off single, "Johnny & June", has entered Top 25 on the Billboard Hot Country Songs charts. Songfacts reports that Newfield signed with Sidewalk Records in April 2012. Her first single after signing with the label was "Why'd You Have to Be So Good."