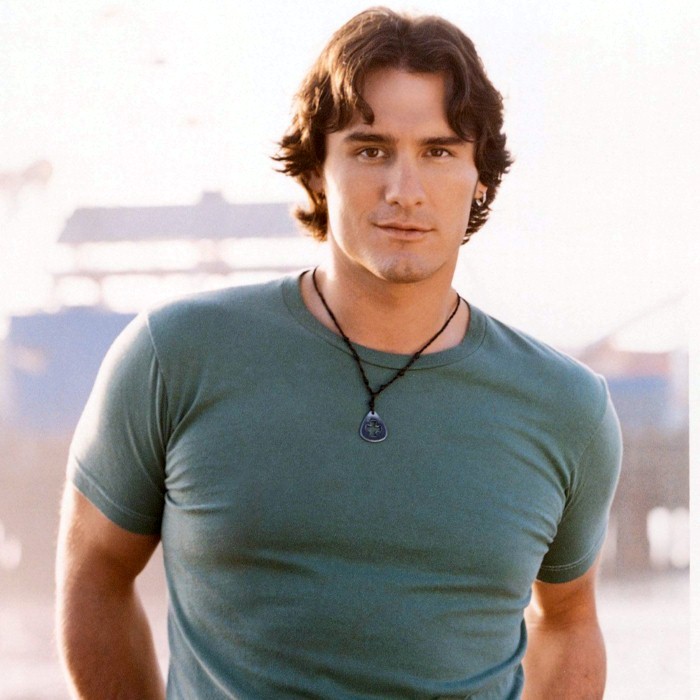 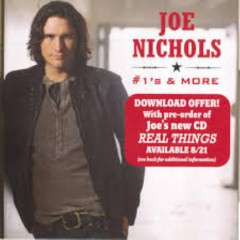 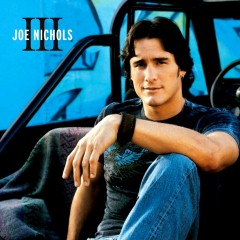 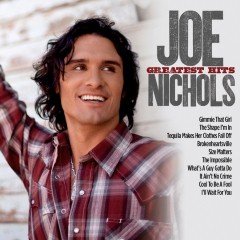 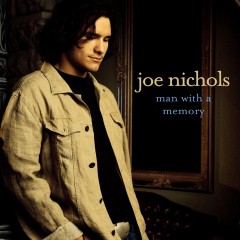 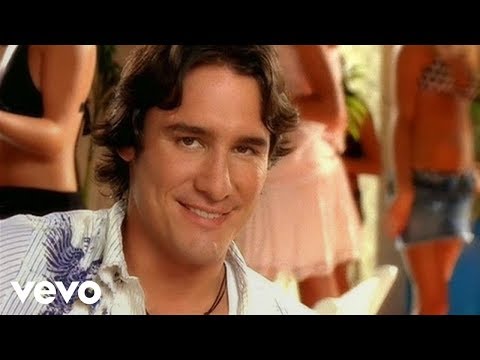 Joseph Edward "Joe" Nichols (born November 26, 1976) is an American country music artist. Between 1996 and 2001, Nichols held recording contracts with the Intersound and Giant labels. In 2002, he signed with Universal South Records, now known as Show Dog-Universal Music.
Nichols has released seven studio albums: Joe Nichols (1996), Man with a Memory (2002), Revelation, A Traditional Christmas (both 2004), III (2005), Real Things (2007), and Old Things New (2009). His albums have produced fourteen Top 40 singles on the Billboard Hot Country Songs and Country Airplay charts, including the Number One singles "Brokenheartsville", "Tequila Makes Her Clothes Fall Off", "Gimmie That Girl", and "Sunny and 75", as well as four other Top Ten entries.
In October 2012, Nichols signed to Red Bow, a new partnership of Broken Bow Records and RED Distribution.

Joe Nichols was born and raised in Rogers, Arkansas. He was the second son born to Michael Curtis Nichols (May 29, 1956 - July 16, 2002) and Robin Larson Nichols. Joe has an older brother Michael Curtis Jr. and a younger sister Kelli Francis. His father, who worked as a trucker, also played bass guitar in local country bands; eventually, Nichols himself found work in a local rock band, before taking a job as a country disc jockey. Nichols is part Cherokee.

Through a meeting with record producer Randy Edwards, Nichols began to work on his singing and songwriting skills. At age 19, he was signed to his first record deal, with an independent label known as Intersound Records. There, Nichols released his first album, 1996's Joe Nichols. Despite the minor success of its lead-off single "Six of One, Half a Dozen of the Other" (which reached No. 74 on the RPM country charts in Canada), the album sold poorly and he was dropped from Intersound's roster. A second record deal, this time with Giant Records, was short-lived and did not produce any singles or albums. After his short-lived record deals, he took many jobs in Nashville, including moving furniture, installing cable TV systems, and selling steaks door to door.

On January 8, 2005, Nichols returned to Nashville to see a therapist after causing a scene in Steamboat Springs, Colorado while intoxicated on amphetamines and alcohol. He had been battling an addiction since 2002 after the death of his father. On October 13, 2007, Nichols was checked into a substance abuse rehabilitation program.
Nichols married Heather Singleton on September 9, 2007, in Savannah, Georgia. He had known Singleton since they were both 19 years old. In February 2012, it was announced that Singleton was expecting the couple's first child. On April 17, 2012, the couple welcomed a daughter, Dylan River Nichols. Nichols has another daughter, Ashelyn (born 1998), from a previous relationship. 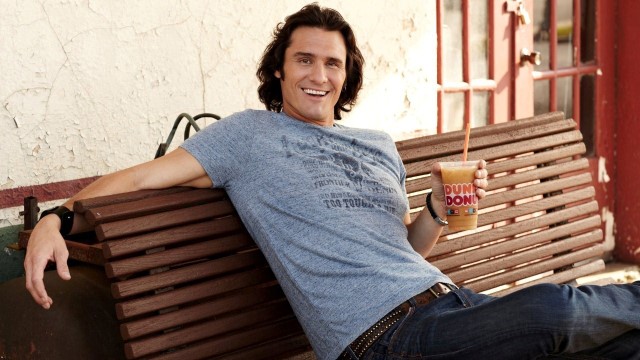