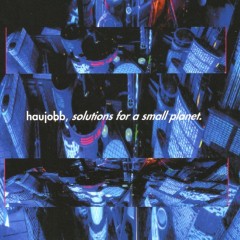 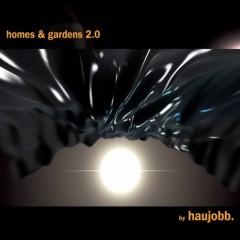 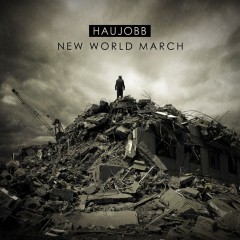 Haujobb formed as a trio in 1993 in Germany, with B. Junemann being the third member to the current duo of Dejan and Daniel. Their first release was on cassette only, the now hopelessly out of print Drift Wheeler. This embryonic issue brought them to the attention of Off Beat records, who released their first CD, Homes and Gardens, later that same year. Haujobb's first German tour occurred in 1994, along with the American release of Homes and Gardens and their first single, Eye Over You. They often use samples from the ALIEN Movie series. Haujobb began distributing their music in North America via Pendragon Records. 1995 saw the departure of band mate Björn, and the lineup has consisted of Daniel and Dejan ever since. After Metropolis Records acquired Pendragon, the two musicians have been able to spread their music to a larger fanbase in North America, and have remained continuously popular in the European industrial music scene. Over the course of their subsequent releases in the 1990s, they wove increasing amounts of drum'n'bass and IDM influence into their sound. 1999's 'NinetyNine' was a sparse, downtempo collection of ambient electronic compositions. They have since reintroduced some of the more rhythmic elements back into their sound on their more recent albums, but have continued to experiment, drawing concepts from a wide variety of musical styles. Haujobb stated that they were ending their musical career with a final concert at Amphi Festival (Cologne) 19/07/2008, although a recent blog post (dated May 22 2009) suggests that this is no longer the case and that the band is simply taking a break from music. Myer has several other projects of his own, including Architect, Clear Vision (initially a collaboration with Thorsten Meier) as well as a number of other short-lived electronic projects. Myer, along with Claire Voyant's Victoria Lloyd, form HMB, whilst Newt is a collaboration with Andreas Meyer of Forma Tadre. Daniel Myer and Dejan Samardzic also briefly recorded as 'Dots+Dashes'. The most recent of Myer's side-projects is Destroid, also featuring Rinaldo Ribi Bite and Sebastian Ullmann. In early Haujobb liner notes and credits, Daniel was listed as D. Meier, however in more recent liner notes he is listed as Daniel Myer.