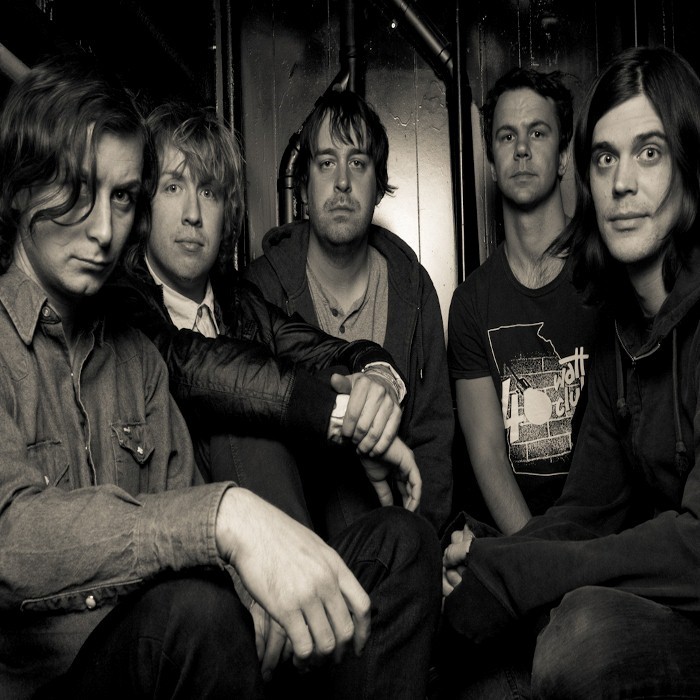 In the six years since Sleepy Sun released the White Dove 7”, the Northern California band sometimes seemed to live the lives of a hundred bands. They toured incessantly, shed old skin, tore down walls with riffs, and explored black smoke, barrel-dark songs, and studio sheen–all with a core that has survived since the band crawled from the dusty sage–scented Santa Cruz underbrush.
It’s that core, and the experiential sum of those hundred lives, that shape the band’s new songs. In the sounds of their new 7”, out October 15th via Dine Alone Records, you hear echoes of nights shared with fellows and allies like Arctic Monkeys and Black Angels...a band growing self–assured as studio presence...the elasticity and tensions of a creative brotherhood.
There has always been a sort of effortlessness in what Sleepy Sun does–derived, probably, from decades-old friendships within the band and months stuffed in vans traversing and criss–crossing continents. It’s heard readily in their new tracks, as well as the band’s now–well-cultivated roles as instrumentalists.
The dovetailed fuzz riffage of guitarists Matt Holliman and Evan Reiss is reconstituted from equal parts primordial stoner ooze and blue crystal shards. Lead vocalist Bret Constantino–blessed with the pipes to holler from the hills–belts lines that alternately bristle with attitude and melt with drowsy ease. The rhythm section of Brian Tice and Jack Allen is a seamless collision of fluid science, heavy lifting, and the laconic–spun into a skyscraper–scaled monster gait.
Experiencing Sleepy Sun always meant marveling, in some measure, at their presence as a live act. And the band’s mixture of alchemy and architecture on stage has twisted knowing and discerning heads. All Tomorrow’s Parties happily signed the band for the release of 2009’s Fever, Brit–pop colossus Arctic Monkey’s hauled them out on tour in 2010, and drone–psych leviathans Black Angels did the same a year later. UNKLE producer James Lavelle, who has creatively partnered with everyone from Thom Yorke and Richard Ashcroft to the Beastie Boys heard the potency in their spacious sonics and tapped them for his 2010 release Where Did The Night Fall. 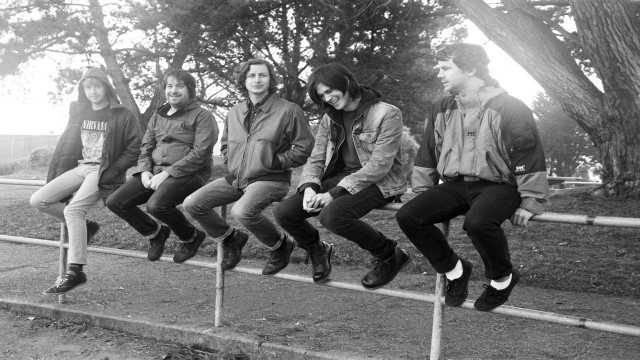