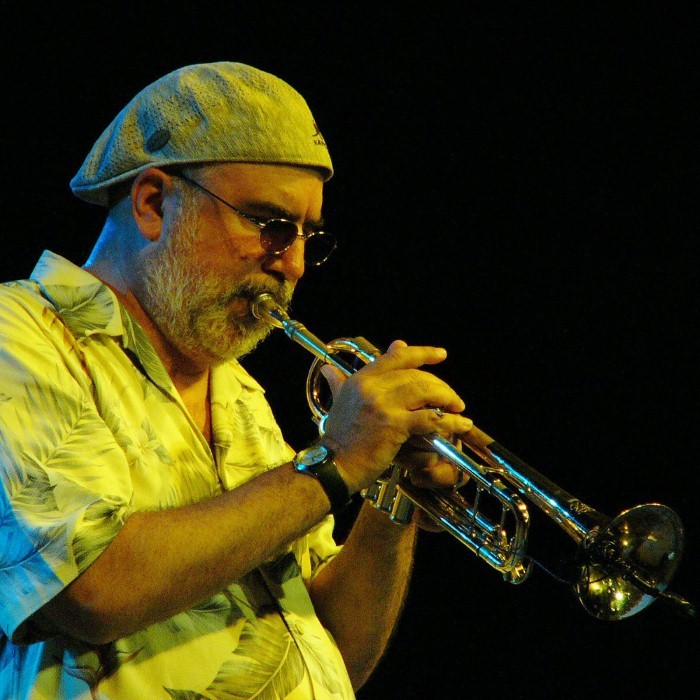 Randal "Randy" Brecker is an American trumpeter and flugelhornist. His versatility in musical tastes have made him a sought-after player, equally accomplished in playing jazz, rock, and R&B. He has also worked as a studio player for many famous musicians. He has performed or recorded with Stanley Turrentine, Billy Cobham, Bruce Springsteen, Lou Reed, Sandip Burman, Charles Mingus, Blood, Sweat & Tears, Horace Silver, Frank Zappa, Parliament-Funkadelic, Chris Parker, Jaco Pastorius, Dire Straits, Todd Rundgren, Blue Öyster Cult, Richard Barone, Spyro Gyra, Barbara Dennerlein and many others. In his formative years, Brecker studied trumpet with Bill Adam at Indiana University.
He played on the first Blood Sweat & Tears album, Child Is Father to the Man, but left the band when founder Al Kooper and trumpeter Jerry Weiss left. Lew Soloff replaced him for the second and subsequent albums. He was a charter member of Larry Coryell's seminal jazz fusion band The Eleventh House in 1973.
He is the older brother of the late jazz saxophonist Michael Brecker (1949–2007). Together they led Dreams and the Brecker Brothers, a popular funk and fusion band which recorded several albums from the 1970s through the 1990s. After the Brecker Brothers disbanded in 1982, Randy recorded and toured as a member of Jaco Pastorius' Word of Mouth big band. It was soon thereafter that he met and later married Brazilian jazz pianist Eliane Elias. Eliane and Randy formed their own band, touring the world several times and recording one album together, Amanda on Passport Records.
In the summer of 2001, Randy reunited with his brother Michael for a Europe tour with an acoustic version of the Brecker Brothers, also promoting songs from Hangin´ In The City. His most recent CD for ESC, 34th N Lex released in April 2003, features eleven new Randy Brecker compositions and arrangements and the "dream horn section" of David Sanborn, Michael Brecker, Fred Wesley and Ronnie Cuber, along with Randy's regular working band and his current wife, the Italian tenor saxophonist Ada Rovatti, whose playing style bears a striking resemblance to Michael Brecker's, as she plays many of his signature licks. He is part of the GRP All-Star Big Band. 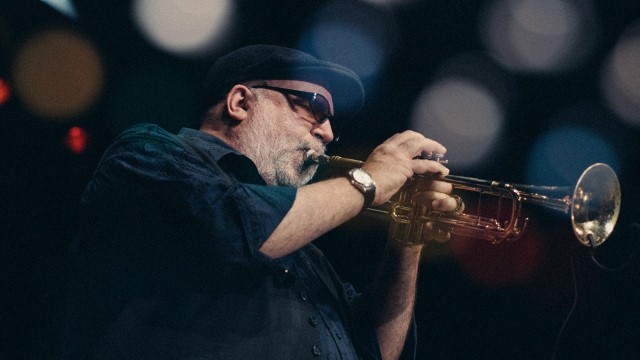