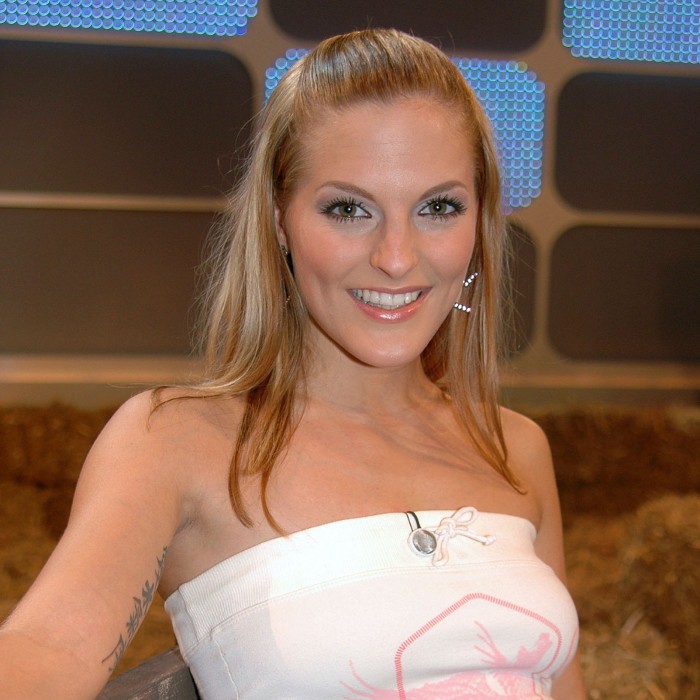 "Sandy" (Sandy Mölling) (born 1981), known professionally as Sandy, is a German singer-songwriter, dancer, television presenter and occasional actress, who rose to fame as one of the founding members of the successful all-female pop band No Angels, the "biggest-selling German girlband to date," according to the German media. After a series of commercially successful releases with the group between the years of 2001 and 2003, she launched a solo career which produced two studio albums, Unexpected (2004) and Frame of Mind (2006), and a number of top ten hits, resulting into an ECHO Award nomination for "Female Artist National." In 2000 she debuted as a member of the band No Angels (the first band casted in Germany). No Angels became the most successfull Girlband of Germany. in 2003 the No Angels breakup and Sandy started her solo career. 2004 till 2006 she released two albums "Unexpected"(2004) and "Frame of Mind"(2006). And she released the following singles: "Unnatural Blonde" (2004), "Tell Me" (2004), "Unexpected" (2005), "Crash" (2006) and "Living Without You" (2006). She also recorded two german songs for the "Bambi" soundtrack and the titelsong "Through Your Eyes". In 2007 the No Angels planned a Comeback, but the members will also continue the solo careers.