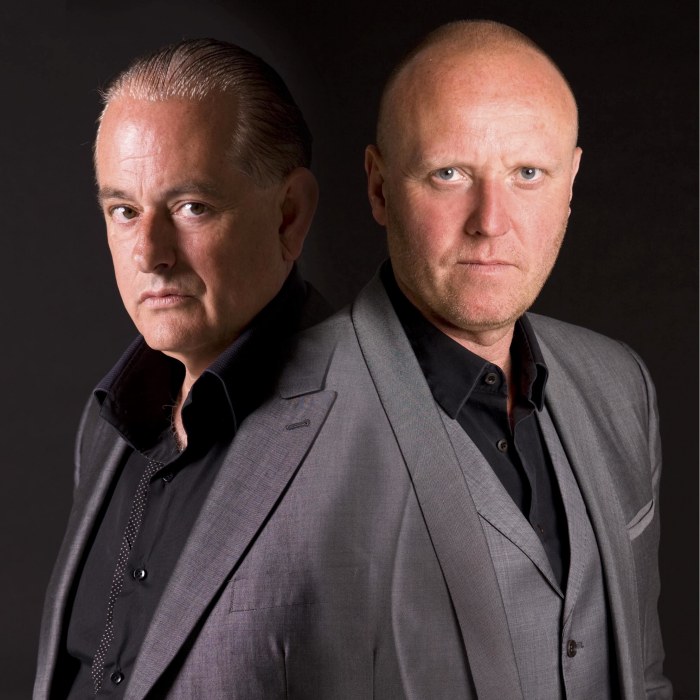 B.E.F. (British Electric Foundation) are a band/production company formed by former Human League members Martyn Ware and Ian Craig Marsh who later became Heaven 17 (with lead singer Glenn Gregory).
Ware and Marsh's first release as B.E.F. in 1980, a collection of instrumentals entitled Music For Stowaways, was initially available only on cassette and was inspired by the appearance of the first Sony Walkman (at first marketed in the UK as the Sony Stowaway). There was also a vinyl release, Music For Listening To, mainly targeted for export sales, which was slightly truncated (though with the addition of a track not found on the cassette). In the late 1990s, a CD release with this title contained the complete contents from both versions.

In 1982, with Heaven 17 already established with Glenn Gregory as the lead vocalist, B.E.F. released an album entitled Music of Quality and Distinction Volume One on Virgin Records, which involved other artists covering classic songs. The production was mainly in the Heaven 17/ B.E.F. style (i.e. synthesisers and LinnDrums). Tina Turner's version of The Temptations's "Ball of Confusion" drew the attention of Capitol Records and her next single "Let's Stay Together", co-produced by Ware, peaked at number six in the UK chart and made the US Top 20. B.E.F.'s album also featured covers by Billy Mackenzie - "The Secret Life of Arabia" and "It's Over," Paul Jones - "There's A Ghost In My House," Paula Yates - "These Boots Are Made For Walkin'," Gary Glitter - "Suspicious Minds," Bernie Nolan - "You Keep Me Hangin' On," Glenn Gregory - "Wichita Lineman" and "Perfect Day" and Sandie Shaw - "Anyone Who Had a Heart."

It was not until 1991 that a second volume appeared, again featuring Tina Turner (singing "A Change Is Gonna Come") and Billy Mackenzie (singing "Free"), whilst B.E.F.'s version of "Family Affair" gave them and singer Lalah Hathaway a Top 40 hit in the UK Singles Chart. Scritti Politti's Green Gartside was another guest on the album, performing "I Don't Know Why I Love You", and Scritti Politti's pop-reggae version of "She's a Woman" (featuring Shabba Ranks) was recorded in the same set of sessions.

Dark was released 27 May, 2013, with Ware explaining the album would consist of "very dark versions of tunes that have to be of a certain type. Basically it's dark reinterpretations, primarily looking at things differently from a lyrical point of view. It's almost like soundscape stuff, in much the same way as "You've Lost That Loving Feeling" on "Reproduction" was kind of like a soundscape."In March 2007 B.E.F. made their first live performance, as part of the line-up for the Tribute to Billy MacKenzie Concert held at Shepherds Bush Empire, London, in memory of their three-time guest vocalist, and in aid of Sound Seekers. The B.E.F. line-up consisted of Martyn Ware on keyboards, a guitarist/keyboardist and a bassist, with Glenn Gregory and Billie Godfrey, Heaven 17's female vocalist. 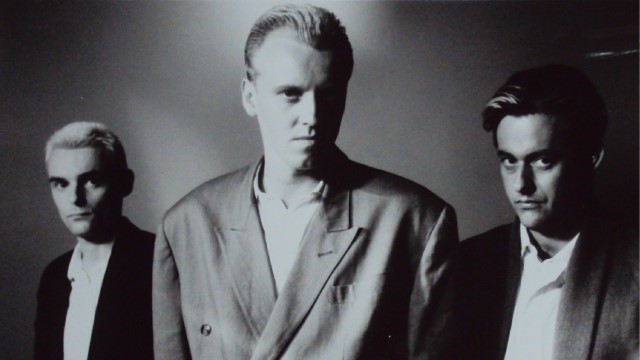