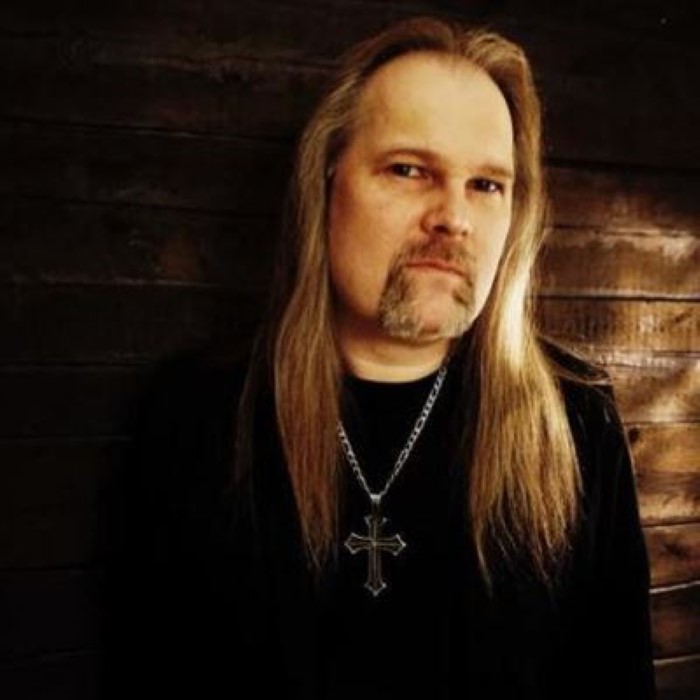 Jørn Lande is a Norwegian heavy metal singer who has sold over two million records worldwide. He is known for being the former vocalist of bands Masterplan, Ark, Beyond Twilight, Millenium, Vagabond, and The Snakes, as well as for his successful solo career as Jorn.
Jørn Lande has performed with various bands before achieving a solid career.
The first band with whom he achieved a minor success was Vagabond, which also featured Ronni Le Tekrø, Morty Black and other former members of the Norwegian hard rock band TNT. The self titled album, released in 1994, sold 10,000 copies in Norway, but the copies were dropped by label EMI. At this time, Jørn did the lead vocals for the Norwegian national football team's song for the 1994 World Cup, "Alt for Norge" (All for Norway). The second Vagabond album, A Huge fan of Life, was released in Europe on the band's own record label. The end of Vagabond came with the reformation of TNT in 1996, and subsequently the band members went their separate ways, with Jørn joining a band formed in by Whitesnake former guitarists Bernie Marsden and Micky Moody called The Snakes. After a tour with The Snakes playing mostly Whitesnake covers and the recording of an album released only in Japan called Once Bitten, Jørn was fired from the band and joined other projects, including the Symphonic Metal band Mundanus Imperium, which resulted on the album The Spectral Spheres Coronation.
Later on, Jørn got together with guitarist Tore Østby (ex-Conception) and drummer John Macaluso to form the progressive metal band Ark and record their first self titled album in 1999. Right after in 2000, he also made part of the American hard rock band Millenium, led by guitarist Ralph Santolla, and recorded the vocals for their album Hourglass. The same year, John Macaluso from Ark, who was also playing with Yngwie Malmsteen's band, made contact with the guitarist to include Jørn on a mini tour in Europe, as they needed a vocalist for the band. The collaboration between Lande and Malmsteen didn't endure and Jørn left the band in the middle of the tour. Also in the same year, Jørn recorded his first solo album called Starfire, which featured mostly cover songs and several band members from his past and current bands as the musicians of the album.

The second Ark album Burn The Sun was released in 2001 and is one of the most acclaimed works featuring Jørn. Also in 2001, he teamed up with keyboardist Finn Zierler and formed the project Beyond Twilight which led to the album The Devil's Hall of Fame, another acclaimed work by the public and media. Still in the same year, Jørn released his second solo album Worldchanger.
In 2002, Jørn finally joined the global metal scene fronting the melodic power metal band Masterplan, formed in with Roland Grapow and Uli Kusch after both were fired from Helloween. Jørn released two successful albums with Masterplan, playing at big festivals and tours around the world from 2003 to 2006 until he left the band on May 11, 2006, because of creative differences. Jørn wanted to take the band towards a more melodic style, while the other members were leaning towards a heavier sound. From this time on, Jørn concentrated more on his solo band and released such albums as Out to Every Nation (2004) and The Duke (2006).

In 2005, Jørn teamed up with Symphony X vocalist Russell Allen in a singer-duet collaboration on the album The Battle, and their following album, The Revenge, released May 11, 2007. The project is commonly called Allen-Lande and was put together by the president of Frontiers Records, with songwriting duties and most of the instrumentation done by Swedish guitarist Magnus Karlsson.

Jorn's first live album, Live in America, was released September 21, 2007, containing two discs with tracks taken from his performance on September 16, 2006, at the rock festival ProgPower VII in Atlanta, Georgia.
In 2008, Jørn Lande lent his voice to the rock opera bands Ayreon on the album 01011001 and Avantasia on the album The Scarecrow, both released in January 2008. He was also one of the main guests in the first Avantasia's world tour. Later, he was featured on over 10 songs on Avantasia's two subsequent albums, The Wicked Symphony and Angel of Babylon and once again took part in the world tour in December 2010.

Jørn released two more full-length albums with his own band, Lonely Are The Brave in 2008, which was the fastest selling album of his career, and Spirit Black, right one year after.

On July 25, 2009, Masterplan announced that Jørn was back in the band. Masterplan's 3rd album with Jørn Lande is titled Time to Be King and was released on May 21, 2010.
In late May, a Jorn music video honoring legendary heavy metal singer Ronnie James Dio, who had died of stomach cancer just five days before, was posted on YouTube. Soon after it was announced that Jørn would release a Dio tribute album in July. Later on, it was announced that Jørn was included in the line up of Heaven & Hell, when the remaining members played the one off tribute to Ronnie James Dio at the 2010 High Voltage festival. He was one of the vocalists together with Glenn Hughes.

The third Allen/Lande album titled The Showdown has been announced for release in September 2010. To promote the album, Frontiers Records released a videoclip of the song Judgement Day featuring Jørn singing, via YouTube.

In 2011, Jorn released the second live album with footage from the concert of the 2010 Sweden Rock Festival, the album was called Live in Black. Also in 2011, he was a guest on female singer Amanda Somerville's first metal project Trillium singing on the vocal duet track 'Scream It'.

A new Jorn album called Bring Heavy Rock To The Land was released on June 1, 2012 in Europe and June 5, 2012 in North America via Frontiers Records. It has a single for the title track released in May 14, 2012.
In November 2012, the record company AFM Records announced the production of a new Masterplan album with a new line-up, including Rick Altzi (At Vance) replacing Jørn Lande as vocalist.
Jorn's first release for 2013 is called Symphonic, a compilation of previous recordings with classical music arrangement.
On April 15 of 2013, it was also announced a new Jorn full-length album called Traveller, which will be released in June 11 in North America and June 14 in Europe.
In 2013, Jørn Lande also announced in an interview that a new Allen/Lande album was in the works but this time with songwriting and production made by former Stratovarius guitarist Timo Tolkki, replacing Magnus Karlsson. On 24th July 2013, Timo Tolkki also confirmed the role in the project via his Facebook page. 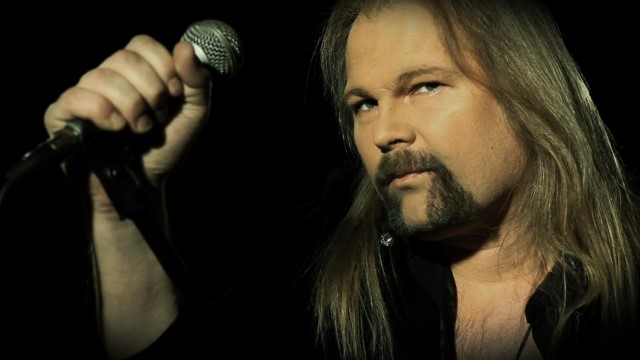