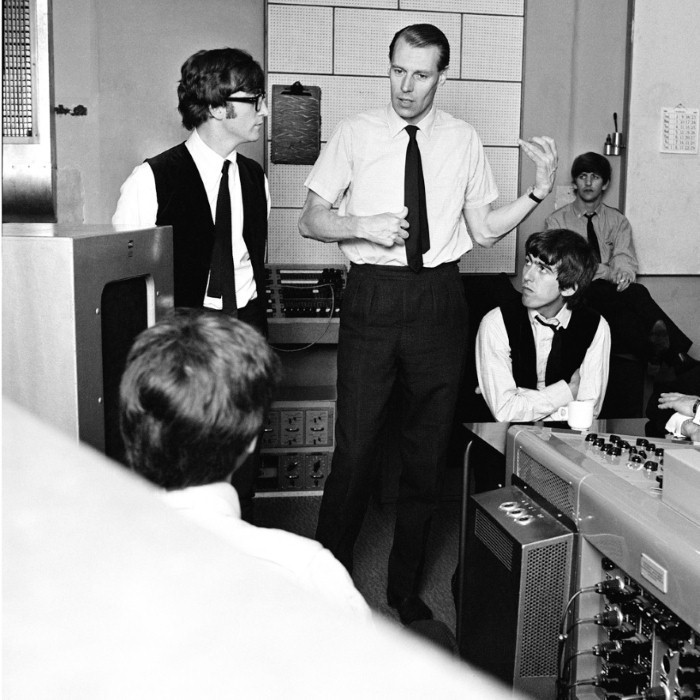 Martin's distinctive arranging work appears on many Beatles recordings. For "Eleanor Rigby" he scored and conducted a strings-only accompaniment inspired by Bernard Herrmann. On a Canadian speaking tour in 2007, Martin said his "Eleanor Rigby" score was influenced by Herrmann's score for the Alfred Hitchcock thriller, Psycho. For "Strawberry Fields Forever", he and recording engineer Geoff Emerick turned two very different takes into a single master through careful use of vari-speed and editing. For "I Am the Walrus", he provided a quirky and original arrangement for brass, violins, cellos, and the Mike Sammes Singers vocal ensemble. On "In My Life", he played a speeded-up baroque piano solo. He worked with McCartney to implement the orchestral 'climax' in "A Day in the Life" and he and McCartney shared conducting duties the day it was recorded.

He contributed less-noted but integral parts to other songs, including the piano in "Lovely Rita", the harpsichord in "Fixing a Hole", the organs and tape loop arrangement that create the Pablo Fanque circus atmosphere that Lennon requested on "Being for the Benefit of Mr. Kite!" (both Martin and Lennon played organ parts for this song), and the orchestration in "Good Night". The first song that Martin did not arrange was "She's Leaving Home", as he had a prior engagement to produce a Cilla Black session, so McCartney contacted arranger Mike Leander to do it. Martin was reportedly hurt by this, but still produced the recording and conducted the orchestra himself. Martin was in demand as an independent arranger and producer by the time of The White Album, so the Beatles were left to produce various tracks by themselves.
Martin arranged the score for the Beatles' film Yellow Submarine and the James Bond film Live and Let Die, for which Paul McCartney wrote and sang the title song.

Paul McCartney once commended Martin by saying: "George Martin [was] quite experimental for who he was, a grown-up."
Martin has composed film scores since the early 1960s, including the instrumental scores of the films Yellow Submarine and Live and Let Die, as well as being a producer and arranger. He also composed Adagietto for Harmonica & Strings for Tommy Reilly, Theme One for BBC Radio 1, and Magic Carpet for The Dakotas.
Martin oversaw post-production on The Beatles Anthology (which was originally entitled "The Long and Winding Road") in 1994 and 1995, working again with Geoff Emerick. Martin decided to use an old 8-track analogue deck to mix the songs for the project—which EMI found out an engineer still had—instead of a modern digital deck. He explained this by saying that the old deck created a completely different sound, which a new deck could not recreate. He also said the whole project was a strange experience for him (with which McCartney agreed) as they had to listen to themselves chatting in the studio, 25–30 years previously.

Martin stepped down when it came to producing the two new singles reuniting McCartney, Harrison and Starr, who wanted to overdub two old Lennon demos. Martin had suffered a hearing loss, and left the work to writer/producer Jeff Lynne of ELO fame.
In 2006, Martin and his son, Giles Martin, remixed 80 minutes of Beatles music for the Las Vegas stage performance Love, a joint venture between Cirque du Soleil and the Beatles' Apple Corps Ltd. A soundtrack album from the show was released that same year.
Martin's contribution to the Beatles' work has received regular critical acclaim and has led to him being described as the "Fifth Beatle". However, he has distanced himself from this claim, deciding that assistant and roadie Neil Aspinall would be more deserving of that title.

Despite Martin's experience in working with many different artists, he has been criticised for being perceived as putting too much attention on the Beatles. Howard Stern publicly criticised Martin for receiving too much credit for the group's success, though this was quickly refuted by others as "ill-judged". Beatles author Sean Egan thinks his "Fifth Beatle" image has been "overplayed by some". Comedian Kevin Eldon has satirised Martin's public image in several television series, including Big Train and It's Kevin.
Martin has produced recordings for many other artists, including contemporaries of the Beatles, such as Matt Monro, Cilla Black, and Gerry & The Pacemakers, as well as The King's Singers, the band America, guitarist Jeff Beck, sixties duo Edwards Hand, Ultravox, country-singer Kenny Rogers, Cheap Trick and Yoshiki Hayashi of X Japan.

Martin also worked with the Mahavishnu Orchestra and Gary Glitter. He worked with Glitter before he was famous, and recorded several songs with him in the 1960s under the name of "Paul Raven". He also produced the 1974 album The Man In The Bowler Hat for the eccentric British folk-rock group Stackridge. Martin worked with Paul Winter on his (1972) Icarus album, which was recorded in a rented house by the sea in Marblehead, Massachusetts. Winter said that Martin taught him "how to use the studio as a tool", and allowed him to record the album in a relaxed atmosphere, which was different from the pressurised control in a professional studio. In 1979 he worked with Ron Goodwin to produce the album containing The Beatles Concerto, written by John Rutter. In 2010, Martin was the executive producer of the hard rock debut of Arms of the Sun, an all-star project featuring Rex Brown (Pantera, Down), John Luke Hebert (King Diamond), Lance Harvill, and Ben Bunker.

In 1991, Martin contributed the string arrangement and conducted the orchestra for the song "Ticket To Heaven" on Dire Straits' last studio album On Every Street. In 1995, he contributed the horn and string arrangement for the song "Latitude" on Elton John's Made in England album, which was recorded at Martin's AIR Studios London.
Within the recording industry, Martin is noted for going independent at a time when many producers were still salaried staff—which he was until The Beatles' success gave him the leverage to start, in 1965, Associated Independent Recording, and hire out his own services to artists who requested him. This arrangement not only demonstrated how important Martin's talents were considered to be by his artists, but it allowed him a share in record royalties on his hits. Today, Martin's Associated Independent Recording (AIR) remains one of the world's pre-eminent recording studios. Martin later opened a studio on the Caribbean island of Montserrat, in 1979. This studio was destroyed by Hurricane Hugo ten years later.
Martin has also directly and indirectly contributed to the main themes of three films in the James Bond series. Although Martin did not produce the theme for the second Bond film, From Russia with Love, he was responsible for the signing of Matt Monro to EMI just months prior to his recording of the song of the same title.

Martin also produced two of the best-known James Bond themes. The first was "Goldfinger" by Shirley Bassey in 1964. The second, in 1973, was "Live and Let Die" by Paul McCartney and Wings for the film of the same name. He also composed and produced the film's score. 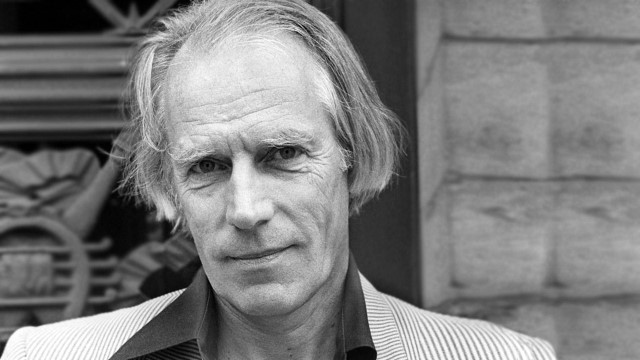