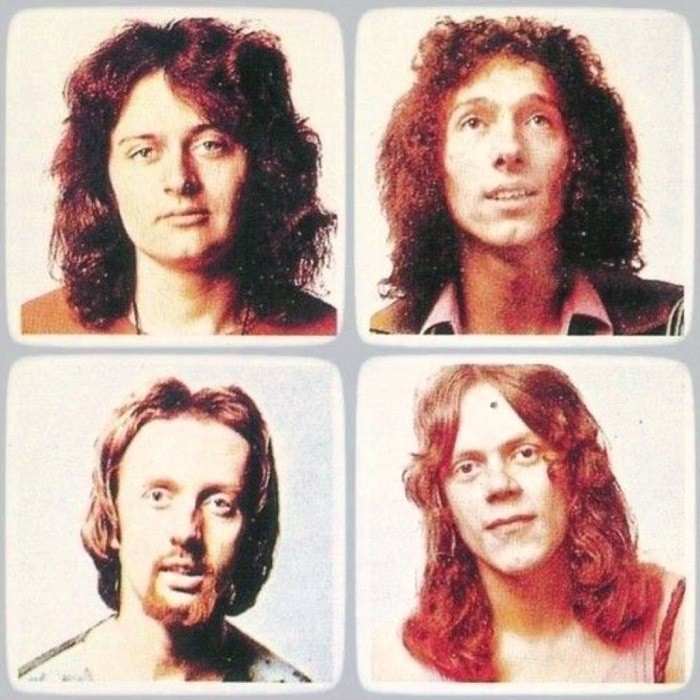 Rare Bird was a progressive rock band founded in 1969. They were formed in England, but had more success in other European countries than they did at home. They are mostly remembered for the haunting, organ-based track "Sympathy". It sold one million copies globally.
The band's initial line-up was as below, although there would be changes by the time they came to work on their third album. The first two members listed were a constant throughout the lifetime of the band.
Steve Gould (b. Stephen Burt Gould, 25 March 1950, Battersea, South London) - lead vocals & bass, rhythm guitar
Dave Kaffinetti (b. David Franklyn Ewer, 17 April 1946, Folkestone, Kent) - pianos & assorted keyboards
Graham Field (b. Graham Stansfield, 3 May 1940, Beaminster, West Dorset) - organ & assorted keyboards
Mark Ashton (b. Mark Ashton Vey, 23 June 1949, Bridge, Kent) - drums & backing vocals.
The history of Rare Bird began when Graham Field placed an advertisement for a pianist in a musical periodical. He got thirty replies and formed a group called 'Lunch'. He met Dave Kaffinetti in November 1968, and together they formulated the basic ideas for Rare Bird. In August 1969, they finally found the ideal rhythm section in Steve Gould, Chris Randall and Mark Ashton. Field and Kaffinetti had originally envisaged that the band would be a four piece and were looking for a singer/bass player. Steve and Chris, who had both previously been members of the Pop-Psych band "Fruit Machine", applied to the ad as vocals/guitar and bass respectively and were taken on. Lunch played a few gigs, one notable one was at the Tilbury Working Mens Club for the princely sum of five pounds. The band had no van and they managed to get amps, drums, guitars and Hammond organ into their cars. The gig was marred by Chris receiving a bad electric shock whilst on stage. It later turned out that the founders of the band were more interested in Steve and convinced him to play bass. Chris was now high and dry and was kicked out of the band. Two weeks later, they had signed management and agency contracts, and three weeks later, were in the studio recording their debut album. Before joining Lunch, Randall and Gould had previously written a song called "To the Memory of Two Brave Dogs". Rare Bird included this song in their debut album renaming it "Iceberg" but Randall received no credit on the L.P. Along with Van der Graaf Generator and The Nice, they were one of the very first bands that signed to Charisma Records, the record label that Tony Stratton-Smith had founded.
Their late 1969 release "Sympathy" reached No. 2 in Italy, sold 500,000 copies in France and over one million globally. It became their only UK hit single, reaching No. 27 and staying on the chart for 8 weeks. A 1970 cover version of the track by The Family Dogg, reached number two in the Netherlands. The song returned to the UK chart in 1992 when a version by Marillion reached No. 17. In 2001, the track was sampled by Faithless in their song "Not Enuff Love", named after a chorus line in "Sympathy". The first album released in 1969 was called "Rare Bird".
Later members included Fred Kelly (Nic Potter), Ced Curtis, Paul Holland, and Paul Karas on the Epic Forest album with Andy Curtis and Fred Kelly appearing on the album Somebody's Watching. The band finally split up in the mid 1970s.
Dave Kaffinetti (credited as David Kaff) played the part of Viv Savage in This Is Spinal Tap (1984).
Chris Randall went on to play with Martin Murray and The Honeycombs, the groundbreaking group of the mid sixties with their worldwide hits, "Have I the Right", "Love In Tokyo" and "Thats the Way!.
Paul Holland had previously been a recording engineer at Southern Music's studio in Denmark Street, London during the time that Fruit Machine recorded songs for release on the Spark Label under the direction of Barry Kingston. Paul passed away in 2010 after losing the fight against cancer.
The song "Beautiful Scarlet" from their first album was sampled in the 2010 song "Summer's Gonna Hurt You" by electronic music producer/DJ Diplo. 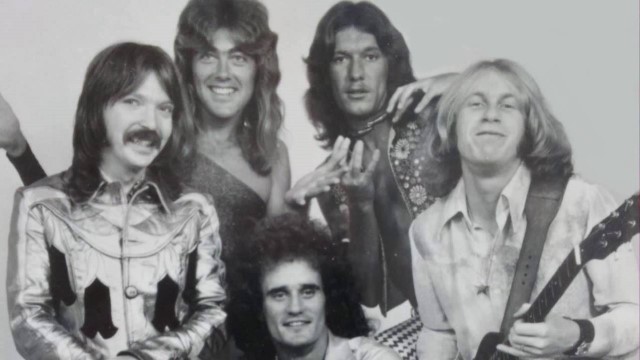