Bajka (pronounced "Bai-Kah"), is a mononym of Bajka Pluwatsch (b. 25 Dec 1978, India), a poet and singer, currently based in Munich, Germany. Pluwatsch was born to German parents, her father is Uve Müllrich (German krautrockers Embryo's bassist and Dissidenten founder) and is well-travelled, having lived in Afghanistan, Nepal, Pakistan and South Africa. She attended schools in Goa, Bangalore, Lagos, Portugal, Seattle, Durban and Capetown. She studied music in Prague. Her relationship with Asia remains a the main theme of her poetry. She has performed spoken word poetry on several projects, including Transglobal Underground's "Instinctive Traveller" and South African Zulu Nation's "Bubblegum". She has also performed with Noujum Oazza and his band Urban Dervish, and for the Royal Moroccan Orchestra. In recent years, her role has moved from poet to singer. Her voice is described as jazz/soul and she has appeared on a number of chill out and electronic dance tracks. Bajka appeared on several tracks on Bonobo's third album, Days To Come. She also appeared on Radio Citizen's only album, Berlin Serengetti. 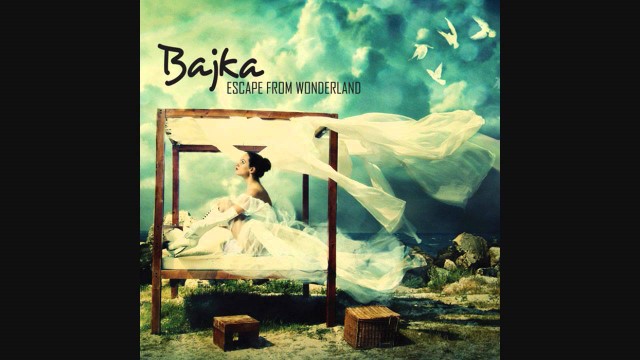