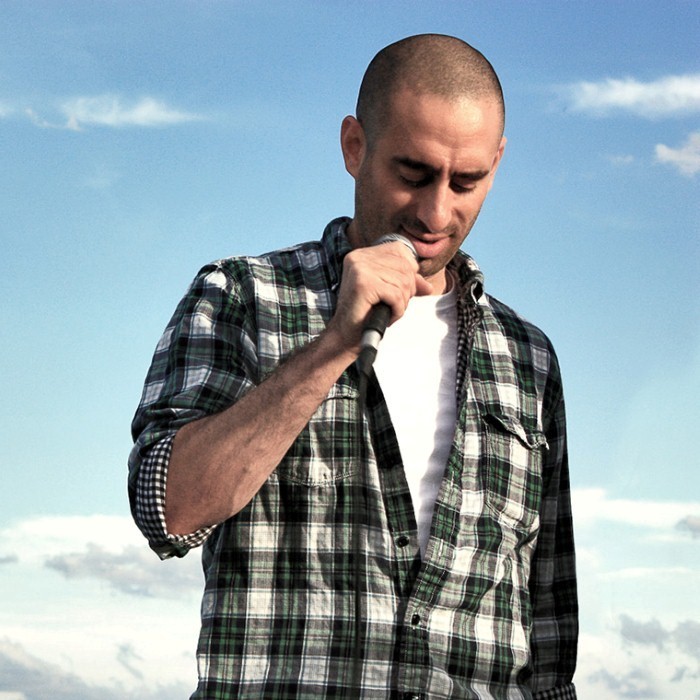 Andy Bernstein, better known by his stage name Abdominal, is a rapper from Toronto, Canada.
Andy Bernstein grew up in Toronto and attended Northern Secondary School in the late 80s and early 90s, gaining a reputation there for his cartoons and graphic design work. Using the name Abdominal, he formed his first rap crew with DJ Serious and Scott C. called Rushholme and they started recording tracks. A chance meeting in 1998 with DJ Fase led to them teaming up as Abs & Fase. They began recording and released the limited single "Vinyl Frontier". This drew the attention of DJ Format and led to them collaborating. Abdominal's raps became a standout feature on DJ Format's first album, Music For the Mature B-Boy, released in 2003. From 2003 to 2005 they toured as part of Jurassic 5's European tour while in 2004 Abs and Fase released an album called Flowtation Device. Abdominal also appeared on DJ Format's second album, If You Can't Join 'Em… Beat 'Em, in 2005, alongside fellow Canadian rapper, D-Sisive.

His first solo album, Escape from the Pigeon Hole, was released in May 2007 in the United Kingdom by Antidote Records and features collaborations with DJ Format, Cut Chemist, DJ Fase, DJ Serious, Notes to Self, Circle Research, Young Einstein from hip-hop group Ugly Duckling and jazz musician Elizabeth Shepherd.

Aside from being a recording artist Abdominal also appears regularly at the Supermarket Club in Toronto hosting 'Do Right Saturdays' alongside DJ Fase and others from the Toronto hip hop scene.

In June 2007 Abdominal toured the UK with DJ Fase. During their performance at the Jazz Café in London, Abdominal & DJ Fase were joined by DJ Format onstage for a version of Format's song, "Ill Culinary Behaviour".

His song "Pedal Pusher", co-written with Rodney Pleasant, won the 2007 Echo Songwriting Prize, awarded for the best song in Canadian independent music by the Society of Composers, Authors and Music Publishers of Canada.

His latest collaboration is with UK duo, Jellybass on a track called "Transatlantic", available in March 2008.

In 2012 he released Sitting Music in collaboration with instrumental duo The Obliques. The album features no sampling, relying solely on live instruments.