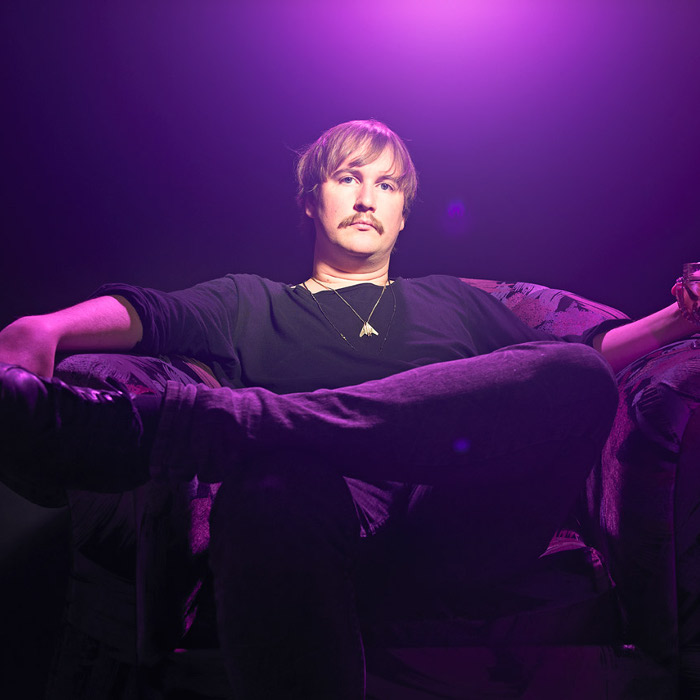 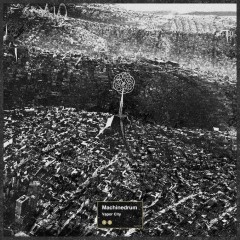 Travis Stewart was born on March 4, 1982 in Eden, North Carolina. He was exposed to a wide range of musical influences in his childhood. His grandfather played pedal steel for a country band, and gave Stewart his first guitar. His first recordings were made at his grandparents' house, around the age of 5 or 6. His parents kept a house full of instruments, and a singer-songwriter cousin continually exposed him to new sounds and ideas. He fostered an interest with polyrhythms while playing marching snare in his high school band, and the djembe in an African ensemble. Stewart played in two local alternative bands, before turning more towards electronic music around the time of 8th grade. Using handed down computers, he began to produce his own music, and connected with a community of likeminded musicians over the internet. He started the Machinedrum project during his final two years of high school, between 1998 and 1999. After graduation, he attended Full Sail University in Florida to study audio engineering. In 2001, at the age of 19, he released his first record as Machinedrum, Now You Know, on Merck Records.

Following college, Stewart moved to New York City and got involved with Brooklyn-based boutique label Normrex, and has since collaborated with such people as Tiombe Lockhart, Theophilus London Jesse Boykins III, Azealia Banks, and Mickey Factz among others. For Theophilus London, Stewart produced the Jam Mixtape and mixed This Charming Mixtape. For Azealia Banks, he produced the tracks Barbie Shit, L8R, and Fantasea among others. From 2001-2010, Stewart is credited for having released 8 albums, 20 remixes, and numerous mixes, singles, and EPs.

Stewart's collaboration with Praveen Sharma, known as Sepalcure, began after the two had collaborated on parties Percussion Lab and Cassette NYC, then decided to record music together, which gained the attention of Hotflush records, who signed the duo. Pitchfork Magazine considered their self-titled LP one of 2011's Top 50 albums, and the song "Pencil Pimp," made the list of 2011's Top 100 Tracks. In 2010, Stewart and Sharma wrote and performed the song "Outside The Lines," for The Black Swan, by director Darren Aronofsky. Also in 2010, Stewart signed to LuckyMe records and released the Many Faces EP, followed by the "Alarma" single in 2011 and the SXLND EP in 2012. In 2011, Stewart released the album Room(s), on Planet Mu. The album was made mostly on the road, with Stewart limited to his laptop and headphones. In 2013, Stewart signed to Ninja Tune and announced his debut LP for the label, Vapor City, would be released later that year.

As a performer, Stewart has played such venues as the Sydney Opera House, the Nokia Theater in New York City, the Sonar Music Festival '11 and '12 in Barcelona, and SXSW.

Stewart currently resides in the Kreuzberg district of Berlin 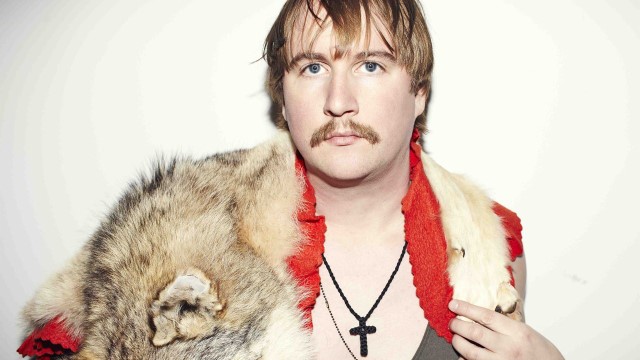