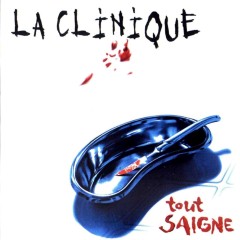 The Clinic is a concept group (Collectif originally not really official, but which later became a real band) created by Gynéco in the design of his first album, First consultation.

The first official title is The Clinic-Click Click, in front of the B max Come see the doctor and the first version released in limited edition of the album First consultation Gynéco in 1996, piece on which intervenes Gynéco, Doom decadent Space the Anesthesiologist, Djamatik Nèg the group 'Maroons and Passi Ministry Amer.

Then there will be another song on the compilation Hostile Volume 1, a duet with Les Sales Gosses, All Bleed .... The title is a small blink of eye not necessarily in the right direction under Menelik, all bathed, Butterfly and stakeholders of Sales and Kids Gynéco side Clinic.

Sales of ferrets and Butterfly Kids now attached Clinic will also put on the album The Calibre That You Should Stomy Bugsy on the title for my freestyle I walk in the company of Ärsenik Familia, La Rumeur and Ministère AMER.

Follows a long absence due to signing of negotiations on several record companies do not necessarily leading, and it was not until the summer of 1999 to rehear Clinic in its final form (Butterfly, Charlie Waits former Ferret and Dumbia (Decadent aka Doom)) with the single La Playa with enormous commercial potential that will launch the promo for the album, All Bleed. It's just after the single that the group cease all connection with Gynéco following artistic and relational differences. The album contains some songs that will mark both their release as a single (Star Singuila with the chorus, I'm back) than quality (Make noise with Casey, all bleeding 2), but does not work as much as expectations it will be the swan song of the group, which then breaks up and the initial group of Sales Gosses (Butterfly and Charlie Waits) will resume business as Passi label, ISSAP Productions.