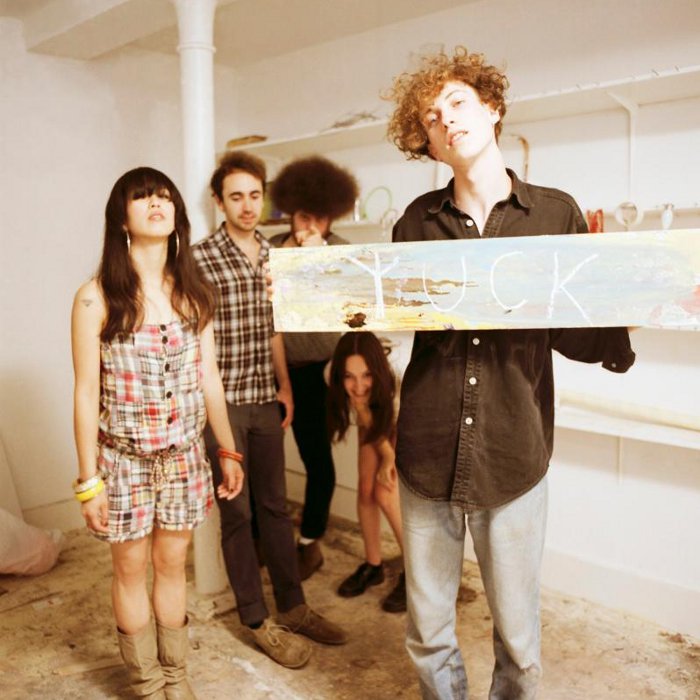 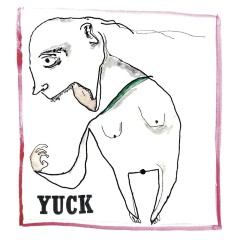 Yuck are an indie rock band that originated in London, England. The band features Max Bloom, who formerly played in the band Cajun Dance Party along with former 'Yuck' member Daniel Blumberg. The band's self-titled debut album was released through Fat Possum on 21 February 2011 in the United Kingdom. Critics have likened the band to bands such as Dinosaur Jr, Pavement, My Bloody Valentine and Sonic Youth.
On 12 April 2012, the band released the non album track, 'Chew' via their official SoundCloud page.
On 15 April 2013, Yuck revealed on their official Facebook page that they would be recording their second album in late April. They also revealed that Daniel Blumberg had left the band to concentrate on releasing his own music.
On 18 July 2013, Yuck released a new song, 'Rebirth' and it was made available for free download via their official website.
On 13 August 2013, Huw Stephens debuted Yuck's new single, 'Middle Sea' on Radio 1. The new album was revealed to be titled, 'Glow & Behold' during an interview with lead singer Max Bloom afterwards. It will be released on 30 September 2013.
On 5 September 2013, Yuck posted a video of a live recording of New Order's 'Age of Consent'. The video was recorded 30 August 2013 by Michael Lawrence in RAK Studios, along with some other songs. According to their Facebook page, this track will be the b-side to the Middle Sea single. Newcomer Ed Hayes plays on this track. 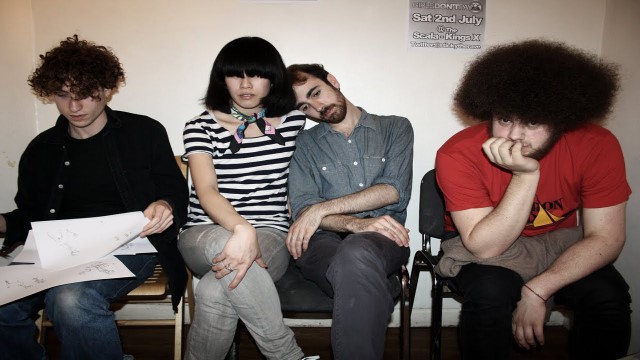