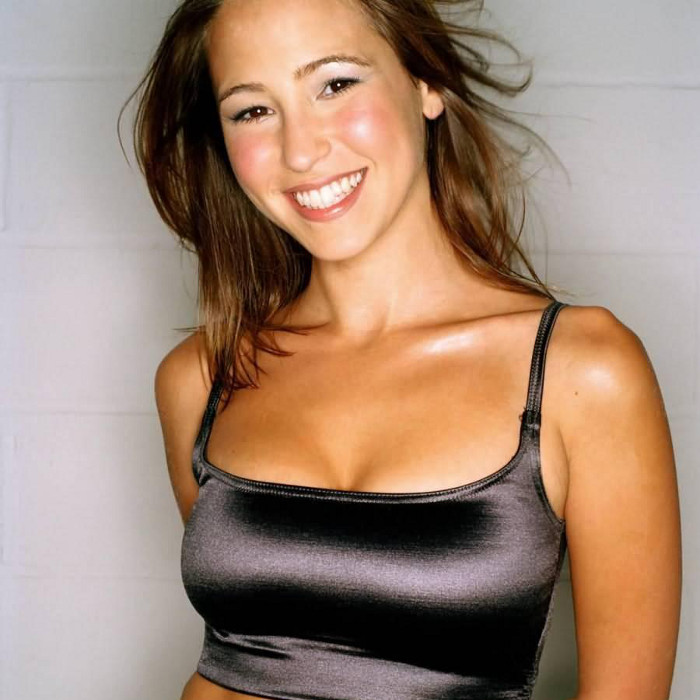 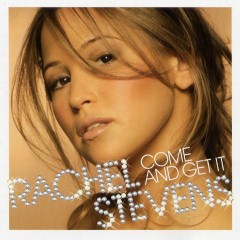 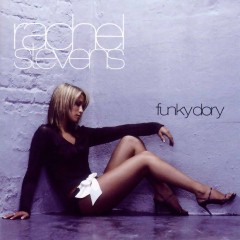 Rachel Lauren Stevens (born 9 April 1978) is an English singer-songwriter, actress, presenter, dancer, television personality and model. She was a member of the pop group S Club, and launched a solo recording career in 2003, releasing seven singles and two albums in the UK between 2003 and 2005. In 2008, she came second in the sixth series of the BBC One series Strictly Come Dancing with her dance partner Vincent Simone.

The group rose to fame by starring in their own BBC television series, Miami 7, in 1999 and have been widely referred to as inspiring a new generation of teenage TV musicals including High School Musical and Glee. Over the five years they were together, S Club 7 had four UK No.1 singles, one UK No.1 album, a string of hits throughout Europe, including a top-ten single in the United States, Asia, Latin America and Africa. They recorded a total of four studio albums, released eleven singles and went on to sell over fourteen million albums worldwide. Their first album, S Club, had a strong 1990s pop sound, similar to many artists of their time. However, through the course of their career, their musical approach changed to a more dance and R&B sound which is heard mostly in their final album, Seeing Double.

The concept and brand of the group was created by Simon Fuller, also their manager through 19 Entertainment; they were signed to Polydor Records. Their television series went on to last four series, seeing the group travel across the United States and eventually ending up in Barcelona, Spain. It became popular in 100 different countries where the show was watched by over 90 million viewers. The show, which was a children's sitcom, often mirrored real life events which had occurred in S Club, including the relationship of Hannah Spearritt and Paul Cattermole, as well as the eventual departure from the group of the latter. As well as the popularity of their television series, S Club 7 won two BRIT Awards—in 2000 for British breakthrough act and in 2002, for best British single. In 2001, the group earned the Record of the Year award. Their song "Reach" was used in the arcade dance game EZ2Dancer in "EZ 2 Dancer UK Move". Group member Paul Cattermole departed the group in 2002, and the group changed its name from S Club 7 to simply S Club. Their second to last single reached number-five in the UK charts, and their final studio album failed to make the top ten. However, on 21 April 2003, during a live onstage performance, S Club announced that they were to disband.


After S Club were disbanded Stevens signed a £1.5 million solo four-album deal with Polydor Records and re-signed with Fuller. Stevens said that breaking out on her own after success with S Club was difficult: "I think we ended up conforming to what people's perceptions were. This one was the ditzy one, this one was the singer, this one was the dancer. And to come out of that and be a whole person has been a real challenge for me. I didn't have my say, really, in the group. None of us did."

Her first solo single, written by Cathy Dennis and produced by Bloodshy & Avant, "Sweet Dreams My LA Ex", was released in September 2003. Taking inspiration from R&B and adult-style pop music, Stevens's debut solo album, Funky Dory, was released later that month. The album was a minor hit, reaching number 9 on the UK albums chart. Although it was not a huge commercial success, it gained praise from pop critics; Jamie Gill, in a review for Yahoo! Launch, said that Stevens "eschews the cheap and cheerful approach of her old band for a slinky adult confidence and musical eclecticism." That December the album's title track "Funky Dory", featuring a sample of the David Bowie song "Andy Warhol" from his album Hunky Dory, was released as its second single and failed to match the success of "Sweet Dreams My LA Ex", peaking at number twenty-four. MusicOMH called it "musically better than "Sweet Dreams My LA Ex" with a hybrid of pop, Latin and even a hint of jazz infusion" but not a good single choice as a single as it lacked anything special and different.

In July 2004 Stevens released the BBC Sport Relief charity single, "Some Girls", which was produced by Richard X. It became a hit across Europe, and reached number two in the UK. HMV.co.uk called the song Stevens's "finest song to date", and Yahoo! Launch commented that "she came to save her career. She ended up saving pop." Stevens then signed a lucrative deal with Matalan reportedly worth £1 million and had her hit song "More More More" as the title song for Matalan's advertising campaign. Following the success of "Some Girls", Funky Dory was re-released to include "Some Girls" and another new track, a cover of Andrea True Connection's "More More More". "More More More" was issued as a single and peaked at number 3 in the UK, giving Stevens her third top ten solo single in the UK. At this point, Stevens and her management stepped up promotion, earning her a Guinness World Record for "Most Public Appearances by a Pop Star in 24 Hours in Different Cities" (seven on 8–9 September 2004). 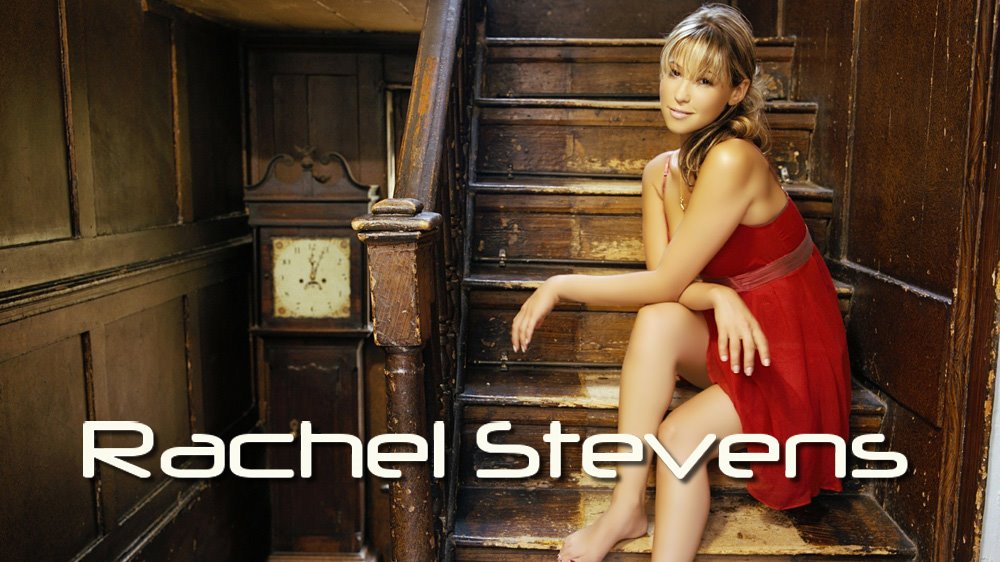 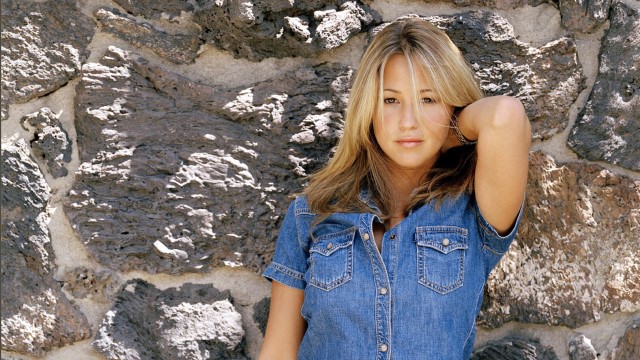 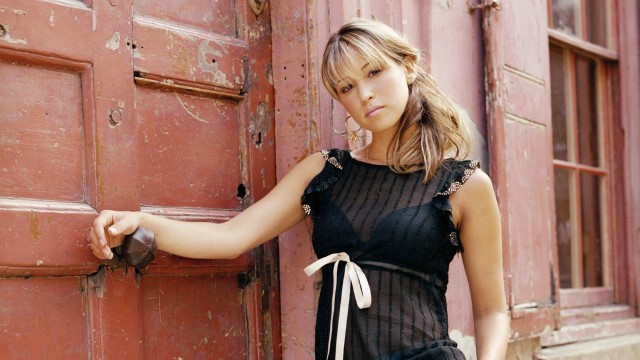 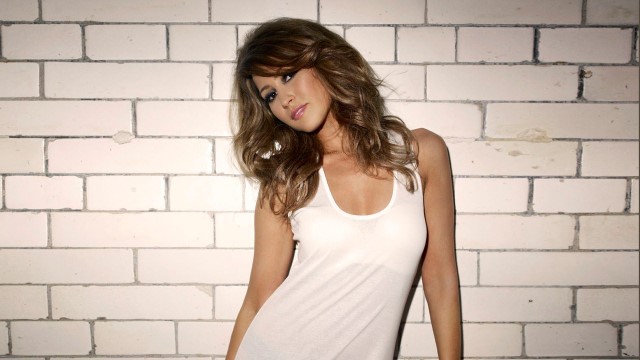