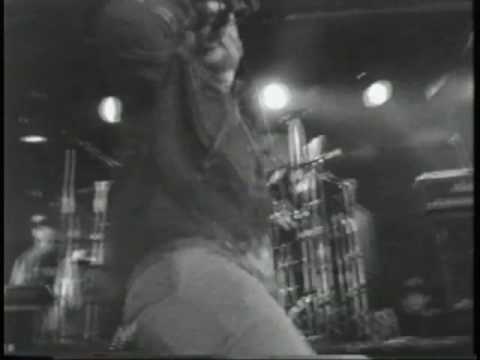 Judge was a New York City hardcore band, formed in 1987 by Youth of Today guitarist John ‘Porcell’ Porcelly and former Death Before Dishonor/Youth of Today drummer Mike ‘Judge’ Ferraro. Their first release was a 7” EP on Porcelly’s label Schism (which he ran along with Side By Side/Gorilla Biscuits guitar-player Alex Brown) entitled New York Crew. The record featured 5 songs, one of which was a cover of “Warriors” by the British oi!/punk band Blitz. On this recording, the band was merely a two-piece, featuring Porcelly on bass and guitar, and Ferraro on vocals and drums. But with the addition of bass-player Jimmy Yu (of Mike’s former band Death Before Dishonor, which eventually evolved into Supertouch) and drummer ‘Lukey’ Luke Abbey (Warzone/Gorilla Biscuits), they got together a fully-functional live line-up.

The band received lots of criticism due to their militant straight edge lyrics, especially from fanzines like San Francisco’s Maximum Rock’N’Roll. The militant lyrics were a conscious move on the band’s part, as they were sick of seeing bands like Youth of Today, who in reality had a very positive message, get slagged for being too militant. So they decided to give the nay-sayers exactly what they wanted - the most militant straight edge band imaginable. And with lyrics like “those drugs are gonna kill you, if i don’t get you first”, they certainly proved provocavtive to those negative to the straight edge movement. Mike Judge has later on admitted that provocation was an important aim for the band.

Judge was not just heavy in message, the music had very metal-influenced riffing, but the music remained close to its hardcore roots, without going all out metal, such as bands like Agnostic Front and D.R.I..

With a new line-up of Sammy Siegler (Side By Side/Youth of Today/Project X/CIV/Rival Schools, etc.) on drums and Matt Pincus on bass, the band proceeded to record their full-length LP Bringin’ It Down for Revelation Records at Chung King Studios in New York City. The recording was finished, but the band were so unhappy with the result that they decided to scrap it and re-record it at Normandy Sound in Rhode Island, where the Cro-Mags had recorded their landmark The Age of Quarrel album. Revelation did however put out a limited pressing of the original recording, fittingly titled Chung King Can Suck It (LP). It was given to people who had pre-ordered the record, and with only 110 copies pressed (all on white vinyl), it is one of the most sought-after hardcore records in existence, going for as much as $1500+ USD on online auction sites like eBay.

Eventually, Bringin’ It Down was released in 1989, and is considered to this day by many to be one of the best hardcore records of its time.

Judge continued touring up until 1991, and even released another 7” EP, featuring “The Storm II” and “Forget This Time” (the CD-version also contains a cover-version of “When The Levee Breaks”, originally by Led Zeppelin).

Mike Judge quit music after the demise of Judge but came back in an acoustic/ folk-ish outfit known as Mike Judge And Old Smoke.