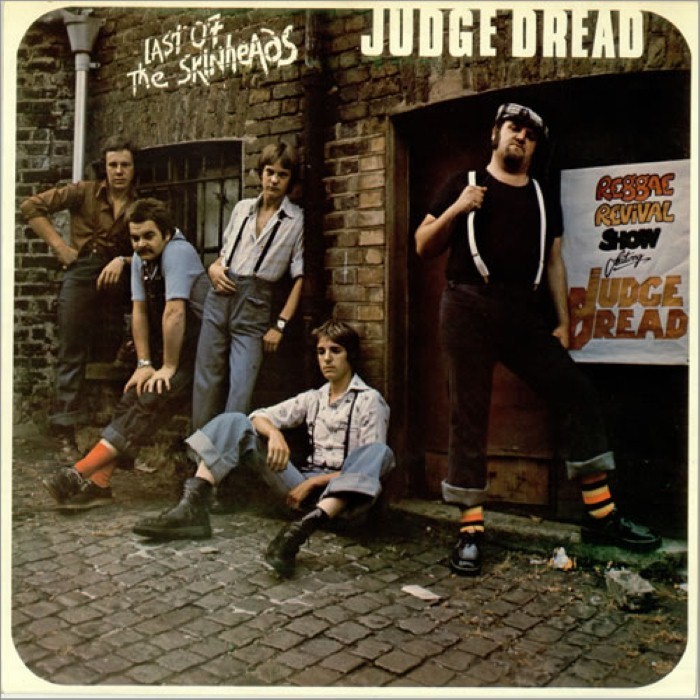 Although often dismissed as a novelty act, Judge Dread was actually a groundbreaking artist. Not only did he put more reggae records onto the U.K. chart than anyone else (Bob Marley included), he was also the first white artist to actually have a reggae hit in Jamaica. The Judge also holds the record for having the most songs banned by the BBC, 11 in all, which incidentally is precisely the number of singles he placed on the charts.
Judge Dread was born Alex Hughes in Kent, England, in 1945. In his teens, he moved into a West Indian household in the Caribbean neighborhood of Brixton. Hughes was a large man, which helped determine his early career as a bouncer at the Brixton's Ram Jam club. He also acted as a bodyguard for the likes of Prince Buster, Coxsone Dodd, and Duke Reid. There was a spell as a professional wrestler, under the mighty moniker the Masked Executioner, and even a job as muscle for Trojan Records, collecting debts.
By the end of the '60s, Hughes was working as a DJ with a local radio station and running his own sound system. It was Prince Buster who provided the impetus for Hughes' metamorphosis into a recording artist. The DJ was so taken by Buster's seminal "Big Five" that he went into Trojan's studio to record his own follow-up. Over the rhythm of Verne & Son's "Little Boy Blue," Hughes recited a slew of hilariously rude nursery rhymes. It was by sheer chance that Trojan label head Lee Gopthal walked by during the recording; impressed, he immediately signed the DJ. His song was titled "Big Six" and Hughes chose the name Judge Dread in honor of Buster. The single was released, aptly enough, on the Trojan label imprint Big Shot. Initially an underground hit, once Trojan signed a distribution deal with EMI later in 1972, the single rocketed up the charts, even though the distributors refused to carry the record. The song was also a hit with a radio ban as well, and Trojan's disingenuous cries that it wasn't about sex were met with the same scorn as Max Romeo's "Wet Dream," the first of the rude reggae hits. The ban was no more effective this time either, and the single rocketed to number 11, spending six months on the chart. "Big Six" was just as enormous in Jamaica, and before the year was out Dread was in Kingston performing before an excited crowd. Those nearest the stage assumed the white man milling around was Dread's bodyguard or perhaps his manager, at least until he stepped up to the mic. An audible gasp arose from the crowd as no one in Jamaica had considered the possibility that The Judge was white.

Back in Britain, "Big Seven" was even bigger than its predecessor, thrusting its way up to number eight. It too was an innuendo-laced nursery rhyme, toasted over a perfect rocksteady rhythm and reggae beat. In the new year, "Big Eight" shot up the chart as well. Amazingly though, Judge Dread's debut album, Dreadmania, failed to even scrape the bottom reaches of the chart. However, the British continued to have an insatiable desire for his singles. In the midst of all this rudeness, in faraway Ethiopia people were dying, so he helped organize a benefit concert starring the Wailers and Desmond Dekker, and also released the benefit single "Molly." The single was the first of Dread's releases not to boast a single sexual innuendo, but radio stations banned it anyway and the charity record failed to chart. In an attempt to receive some airplay, Dread released singles under the pseudonym JD Alex and Jason Sinclair, but the BBC wasn't fooled and banned them regardless of content.

The artist's second album, Working Class 'Ero, which arrived in 1974, also failed to chart. "Big Nine," released that June, and "Grandad's Flannelette Nightshirt," which arrived in December, turned out to be just as limp. Judge Dread seemed to have lost his potency and both singles lacked the thrusting naughtiness of their predecessors. However, the DJ shot back up the chart the following year with "Je T'aime," a cover which managed to be even more suggestive than the original. The ever-enlarging "Big Ten" took the artist back into the Top Ten that autumn; and the "Big" series eventually ended at a ruler-defying 12. A new album, Bedtime Stories, just missed the Top 25, while the double A-sided single "Christmas in Dreadland"/"Come Outside" proved to be the perfect holiday offering. The hits kept coming, although none would again break into the Top 25. In the spring, The Winkle Man sidled its way up Number 35. The Latin flair of "Y'Viva Suspenders" proved more popular in August 1976, but failed to give a leg up to the Last of the Skinheads album.
Britain was now in the grips of punk, but Judge Dread was bemoaning the lack of reggae in clubs, and wishing to "Bring Back the Skins," one of a quartet of songs on his February 1977 5th Anniversary EP. However, the artist was capable of writing more than rude hits. One of his songs, "A Child's Prayer," was picked out by Elvis Presley, who intended on recording it as a Christmas present for his daughter. However, he died before he had the chance. In the autumn, the delightfully daft barnyard mayhem of "Up With the Cock" scraped into the Top 50. Dread's raging affair with the charts ended in December 1978, with the holiday flavored "Hokey Cokey"/"Jingle Bells." It had been quite a run and 1980's 40 Big Ones summed it all up. Dread sporadically continued releasing albums, which were still bought by hardcore fans. He also continued touring, playing to small, but avid audiences. His last show was at a Canterbury club, on March 13, 1998. As the set finished, the consummate performer turned to the audience and said, "Let's hear it for the band." They were his final words. As the mighty Judge walked offstage, he suffered a fatal heart attack. 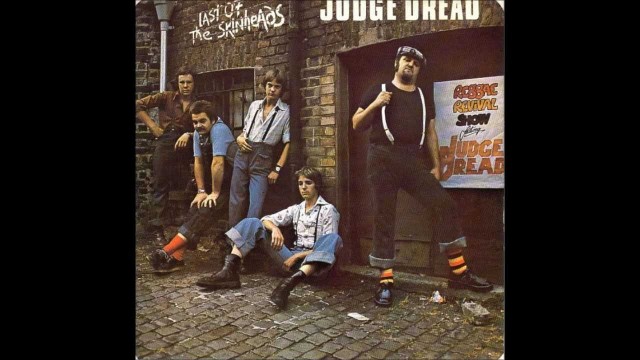