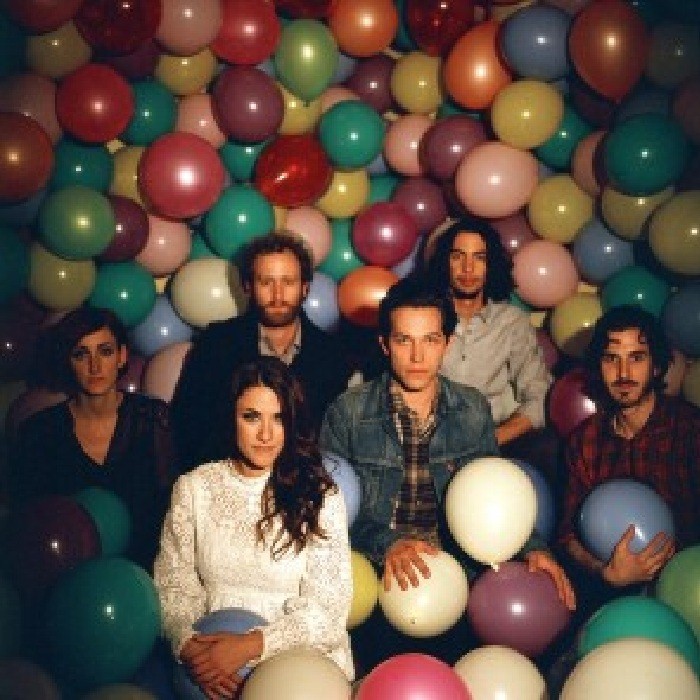 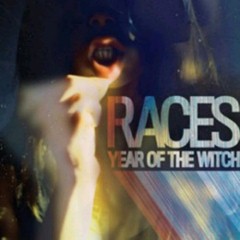 RACES exists as a result of artistic rebirth and personal rediscovery, but it all starts at a point in Wade Ryff’s life where motivation was at its most scarce. Disillusioned with music, beset with the bitter ending of a relationship with a real life witch and faced with the overwhelming stagnation of being a 23-year old in the sleepy suburban outpost of Van Nuys, during that time, Ryff wrote the pleading lyrics of “Big Broom” in the bathroom of his parents house. He explains the song’s message as “accepting that every ending is a new beginning, and even if we may have no control over when things are given or taken from us, we can always choose how to respond.”

Whether he realized it or not at the time, it would serve as a mission statement for a handful of musicians in the area who were also idling through their 20’s and desperate for a new beginning. Breanna Wood, Lucas Ventura, Devon Lee and Oliver Hild knew each other prior to RACES’ first show, played in bands together, and oh yeah, either had dated or were currently dating each other. Still, nothing could anticipate it all coming together for Year Of The Witch, a life-affirming document forged from the pain of a time when life feels most uncertain and coming out of it renewed.

In regards to their evocative band name, Ryff explains: “I relate to the name in the sense that it seems like there is always something to be up against, and strong desire to overcome whatever it is.” Ryff had been quietly working on solo material, and in 2009, a friend asked him to open for a show he was booking. And he was up against the daunting task of stepping out of the sidelines as a bass player and putting his own untrained vocals to the fore. More than any singer, Ryff found his inspiration as a lyricist in the works of early 20th-century authors. But his musical heroes that were well-chosen too: Leonard Cohen’s Death of a Ladies Man for its integration of Brill Building sophistication and as a template for RACES’ use of backup singers and keyboards; Television for Ryff and Herberg’s ingenious, yet subtle guitar interplay which permeates Year Of The Witch.

In a mad dash, Ryff and Herberg got in touch with some of their old friends and bandmates and assembled a “dream team,” five additional musicians from around the area he admired, including Hild on bass, Herberg on guitar, Wood on keyboards, and Lee on vocals and percussion. Ventura would play drums for the second RACES show and they’d lose a backup vocalist who went to focus on her solo project (Ryff empathizes), but otherwise, RACES has remained exactly the same since that very first gig.

What sunk in was the effortlessness of it all: RACES never had to hustle to book their own shows despite living in Van Nuys, a twenty minute drive from Los Angeles that often feels hours removed from it all. Above all else was a chemistry that just couldn’t be faked or brainstormed during “band business meetings.” They attribute their work ethic to their humble surroundings, spending entire days honing their material in a Chatsworth studio because, well, what else are you supposed to do in the Valley? For the most part, RACES didn’t even see themselves as a “serious band” until local boutique imprint JAXART felt their demos were simply too good for a limited release, and label interest spread rapidly. The fit with New York’s venerated Frenchkiss Records was perfect – indeed, with RACES’ ability to derive such resonant and instantly ingratiating pop out of the relatable emotional turmoil of your mid-20’s, it’s no wonder the same label that houses Passion Pit, Dodos and Antlers were such ardent supporters.

At its core, there are plenty of sad songs and waltzes – “The Knife,” “Walk Through The Fire” and “All For You” all have a melodic and lyrical directness befitting their origins as Ryff’s solo work. But as Ryff admits, “I didn’t want to play music that’s just a sappy guy on an acoustic guitar,” and RACES flesh them out to swoon with dramatic grandeur and earthen rusticity behind Ryff’s plaintive words. It’s a startling show of sophistication from a band who has only been together for less than two years. The ornate orchestration and vocal arrangements on the female-led counterpoint “Don’t Be Cruel” in particular owe their origins to Herberg’s background as a composer – he’s the one who brings Ryff’s Leonard Cohen fantasies to fruition. Quoth Ryff, “he’s our Brian Jones.”

But even with the speed at which RACES are going forward, they haven’t gotten complacent in the slightest – they’re already working out new material for their next album, which they hope will integrate more of the electronic textures they’ve been experimenting with and won’t be so much “about a girl,” as Ryff jokes. But their goals are still modest – maybe playing the Bowery Ballroom in New York, getting better as musicians, the sort of things deemed worthy to a band that isn’t looking to piggyback on any sort of hype cycle. But what do they hope for most of all? Ryff puts it best: “I’d rather get dropped and start back at the beginning than not have fun with these guys.” It’s a fitting mission statement for a band for whom every show feels as exciting as that very first one. 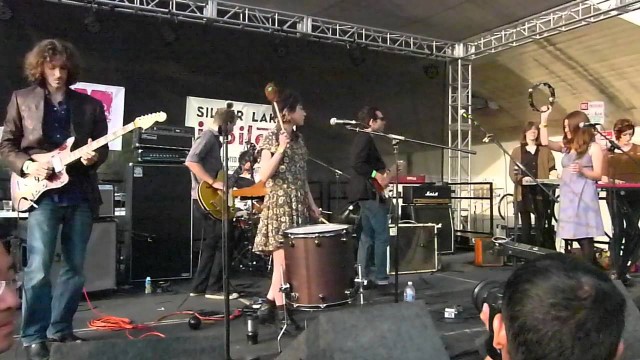