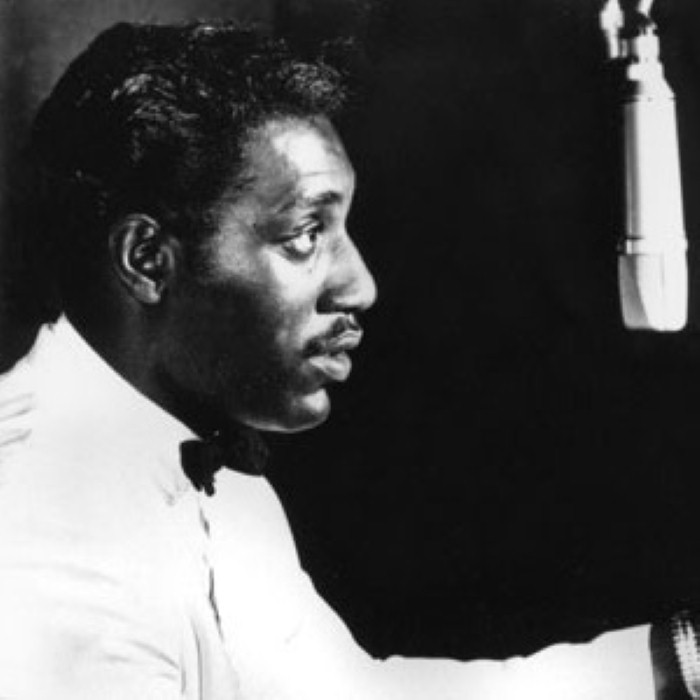 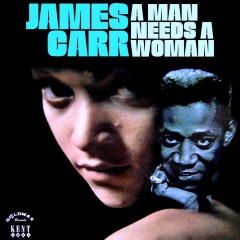 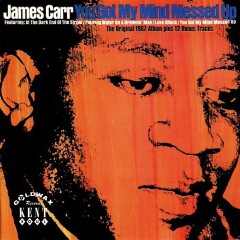 One of the greatest pure vocalists that deep Southern soul ever produced, James Carr is often mentioned in the same breath as Otis Redding, Percy Sledge, and Aretha Franklin in terms of the wrenching emotional power in his delivery. Or at least he is by hardcore soul aficionados; despite producing several classic R&B singles and some of the most intense country-soul ever waxed, Carr never achieved the pop crossover success that could have made him a household name, and his material wasn't always as distinctive as that of Stax artists like Redding or Sam & Dave. Ultimately, though, Carr's greatest obstacle was himself: he was plagued for much of his life by severe depression that made pursuit of a career -- or, for that matter, even single recording sessions -- extraordinarily difficult, and derailed his occasional comeback attempts.
James Carr was born June 13, 1942, in Coahoma County, MS, near Clarksdale; his father, a minister, moved the family to Memphis when Carr was very young. Carr began singing in church at age nine, and performed with several area gospel groups in his teenage years, including the Harmony Echoes (though not, as legend had it, the Soul Stirrers). Both Carr and Echoes manager Roosevelt Jamison had been harboring ambitions for careers in secular music, and the two began looking for a solo deal for Carr in 1963. Stax turned him down, but in late 1964 he caught on with Goldwax, a Memphis label started by Quinton Claunch (who'd earlier co-founded Hi Records) that, in its early days, also featured O.V. Wright (with whom Carr had sung in the Redemption Harmonizers). Over the next couple of years, Carr cut several singles that ranged from Motown-ish pop to soul-blues, searching for the best stylistic match for his richly expressive baritone.
Carr finally hit in 1966 with the country-soul ballad "You Got My Mind Messed Up," a Top Ten R&B hit that earned him comparisons to Otis Redding. It kicked off the prime period of Carr's recording career, and among his next few singles was his clear-cut masterpiece "Dark End of the Street." Given a tortuously intense performance by Carr, "Dark End of the Street" was a bleak tale of adultery that marked the first songwriting collaboration between Dan Penn and Chips Moman; although the song was recorded by the likes of Aretha Franklin, Clarence Carter, Linda Ronstadt, and the Flying Burrito Brothers, Carr's original version still stands as definitive. Featuring other hit singles like the Redding-esque "Love Attack" and the exquisite "Pouring Water on a Drowning Man," Carr's 1966 debut LP You Got My Mind Messed Up is also considered a classic by many Southern soul collectors.

Despite Carr's first flush of success on the R&B charts over 1966-1967, things were not looking up. Carr signed on with Phil Walden, Otis Redding's manager, in 1966, but without Roosevelt Jamison around (he'd served as Carr's caretaker just as much as his manager), Carr found himself unable to deal with the stress of touring; he frequently wandered off alone and got lost. By 1968, his mental state had deteriorated greatly, making even recording sessions a challenge. He was able to complete a second LP, 1968's A Man Needs a Woman, but in Muscle Shoals for his last Goldwax session in 1969, he simply sat at the microphone and stared into space, singing only one song (the Bee Gees' "To Love Somebody"). Not long afterward, Goldwax went bankrupt; wary of the singer's instability, Capitol rescinded an offer to buy out his contract, and although Carr signed with Atlantic, he released only one single in 1971.

In 1977, Carr released one single on the small River City label, which was run by Roosevelt Jamison. Two years later, he undertook a tour of Japan that started off well; however, at the Tokyo gig, Carr -- apparently having taken too many anti-depressants -- stood motionless at the microphone as though in a hypnotic trance. He returned to Memphis, where he lived with his sister (in between institutionalizations), and spent much of the '80s barely conscious of the world around him. With medication, his condition improved to the point where Jamison and Quinton Claunch cut an album with him in 1991 for a revived Goldwax. The record, Take Me to the Limit, received mixed reviews, although its very existence was an achievement in itself. Carr was even able to return to the road, touring the blues circuits in America and Europe. In 1994, he released another album on Claunch's new Soultrax label, titled Soul Survivor. Unfortunately, Carr was soon diagnosed with lung cancer, and spent several years battling the disease before finally succumbing on January 7, 2001.