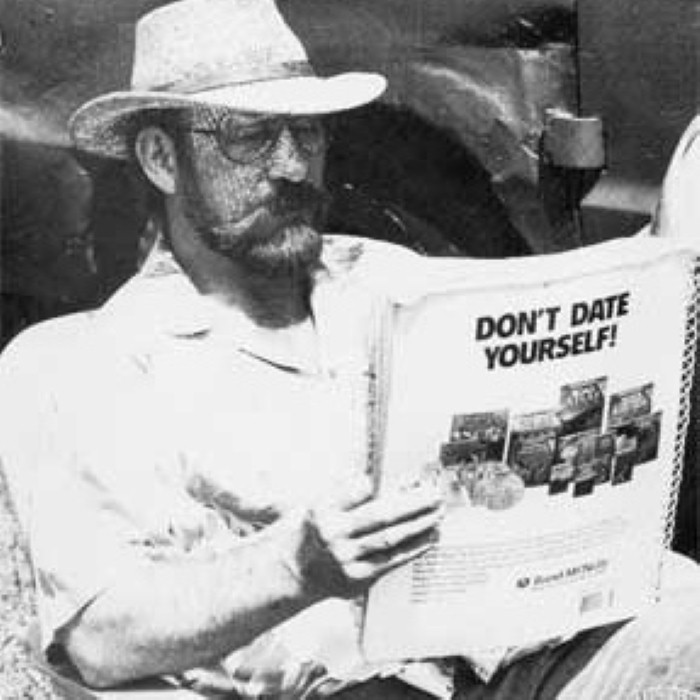 Jaime Brockett is a memorable and uniquely stylish New England folksinger. As the Boston Globe described him, Jaime is a "hard-core, unregenerated folkie."
His popularity soared, as a recording artist and performer, starting in the 1960s, when his version of Legend of the U.S.S. Titanic became an overnight classic. Despite the song's length -- over thirteen minutes, an extraordinarily long recording for that era -- radio stations made time to play it anyway.
Into the 21st century, Jaime continues to entertain audiences -- many of whom will drive long distances for any Jaime Brockett concert or performance -- with his dry wit, clever observations on life, and his consistently rich music. (Rumors of where Jaime is and what he's doing, surface infrequently at Yahoo Group created by Jaime's fans.) Skilled in many of the musical instruments he collects, Jaime may be best known for his talents with guitar, banjo and dulcimer, but he can eke a sweet sound out of almost any string instrument. Jaime Brockett may not be a household name, but to those who've had the pleasure of hearing his music -- live or recorded -- Jaime's an instant legend.

Jaime Brockett grew up in Grafton and Westboro, Massachusetts. In 1969, he achieved almost instant fame with "The Legend of the U.S.S. Titanic." That popular song is Jamie's rambling, 13-minute version of a Leadbelly classic, co-written with Chris Smither. Today, Jaime lives in a picturesque corner of New England, collects vintage guitars, and nods at armadillos as he passes them en route his next concert. Jaime has always filled his movie (aka, his life) with adventures, great music, witty dialogue, and clever observations. He sees his life through sunny yellow lenses as he roams from one coffeehouse or club (and grateful audience) to the next. Jaime is well-respected as a musician since he made his mark on folk music in the late 1960s. His first album, Remember the Wind and the Rain, attracted loyal fans who -- more than 30 years later -- sometimes drive hundreds of miles for one of Jaime's performances. Jaime's other albums include: Jaime Brockett 2 - 1970 (Capitol Records), North Mountain Velvet - 1977 (Adelphi Records), and Road Dancer - 1996, (Private release).

Jaime's music has evolved far beyond "The Legend of the U.S.S. Titanic." In his 21st century performances, Jaime's original observations are as appreciated as his songs. Jaime Brockett is a folk music icon, an entertainer on- and offstage, and he's still legendary for his sizzling, pan-fried steaks.