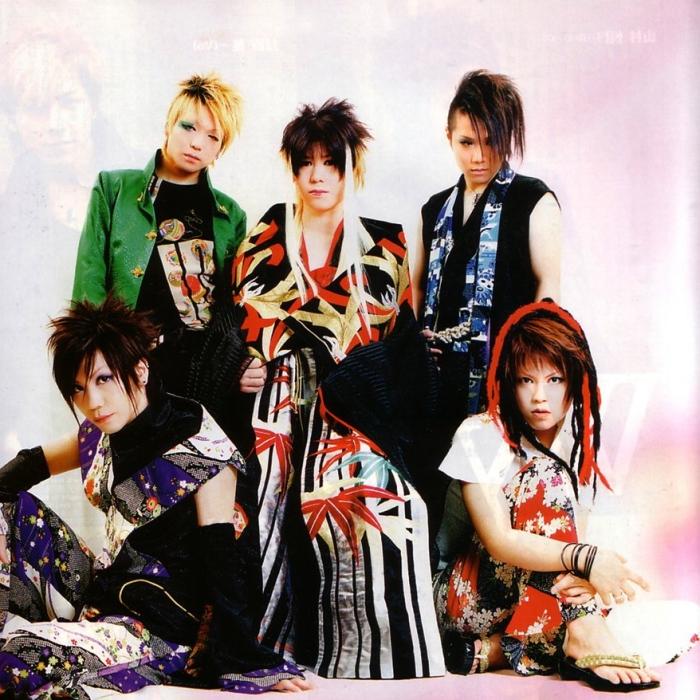 Kagrra, (神樂) was a Japanese visual kei rock band. They were originally signed to the now defunct Key Party Records under the name "Crow". The group changed its name when they signed to PS Company in 2000. The band's major debut was in 2004 with the single "Urei". Kagrra,'s concept is "Neo Japanese". Their lyrics were in the style of Heian era poetry, their costumes frequently incorporated traditional Japanese clothing styles, and traditional Japanese instruments and drum rhythms were used in some of their songs. On November 10, 2010, it was announced that Kagrra, would be disbanding after ten years together. As a final request, the members asked that fans refer to it as a "demise" rather than a disbandment. The band released one last CD and held a final tour. The CD, entitled Hyakki Kenran, was released on February 2, 2011. Their final tour began on February 13, 2011 and ended on March 3, 2011 at the Shibuya C.C. Lemon Hall in Tokyo. 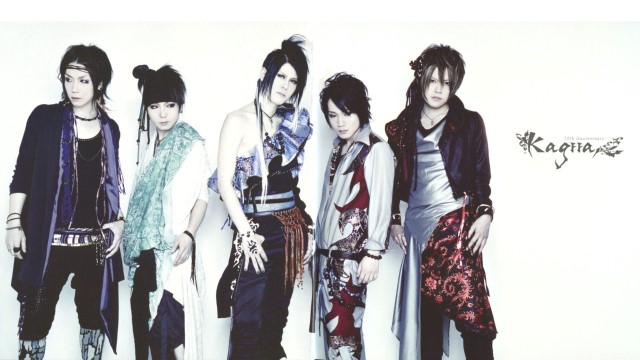