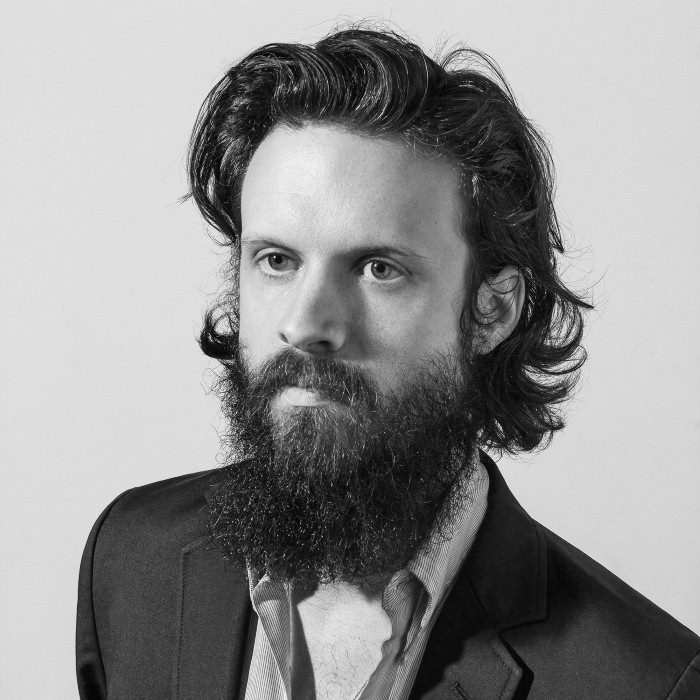 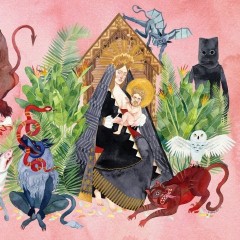 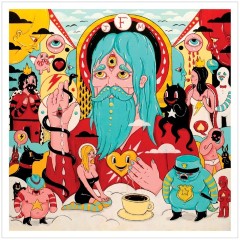 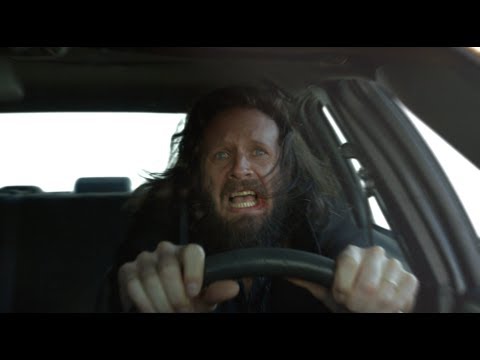 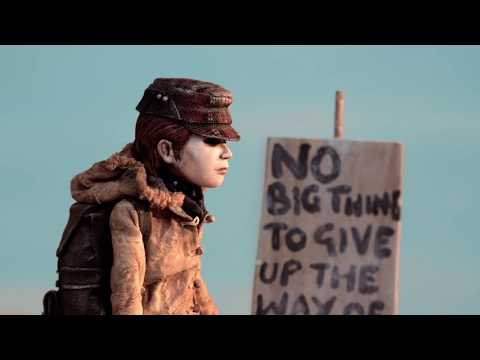 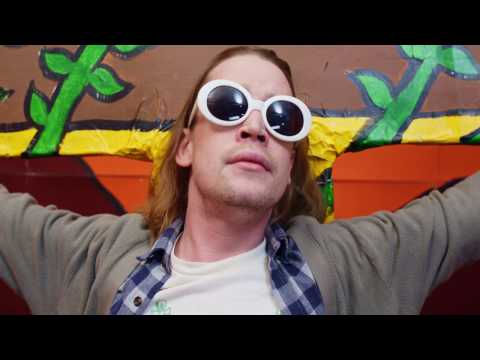 Early life:
Tillman grew up in an Evangelical Christian household in Rockville, Maryland, the suburbs of Washington, D.C. He is the oldest of four children: a younger brother named Zach Tillman and two younger sisters. His father was an engineer at Hewlett-Packard. Before Tillman discovered that he wanted to be a singer-songwriter he had ambitions of being a pastor because it was the closest thing he knew to being a performer on stage. On his upbringing Tillman stated: "I was actually a pretty aimless kid, I didn't really do anything: I never really studied hard and all my parents were interested in was my spiritual status. When I was younger my reality was heaven and hell and angels and all this bullshit that doesn't mean anything in terms of becoming an actualised human being." After learning drums Tillman picked up guitar at age 12.
Tillman said his childhood "wasn't a good experience" and was "culturally oppressive". He said that he has been somewhat estranged from his parents for about 10 years, though he talks with them yearly and his relationship has improved as he has aged.
Tillman was raised in a Baptist church and attended an Episcopal elementary school, but by fifth grade he found himself enrolled in a Pentecostal Messianic Jewish day school. "People spoke in tongues. There were public healings. No amputees though, or anything. It was more like the common cold being relieved, momentarily", Tillman said. "But the mental image of a row of second graders lying on the ground convulsing and talking about seeing dead grandparents was definitely traumatic." Tillman said that he "never passed out. It didn't work. By their tenets, I was basically failing at being a Christian."
Tillman said he was naive when he was growing up because there was almost no cultural influence and no secular music allowed. Around the age of 17, there were new stipulations from his parents - he was allowed to listen to secular music that had a "spiritual theme". So his early purchases included albums like Bob Dylan's Slow Train Coming as he was able to establish that Dylan was classified as a "Christian artist".

Solo albums:
After briefly attending Nyack College in New York, Tillman moved to Seattle when he was 21. He found a job there working at a bakery, which allowed him to record at night before his 4:30 am shift began. A demo he made eventually found its way to Seattle singer and songwriter Damien Jurado. A year later Tillman started opening for Jurado. At shows Tillman would distribute CD-R copies of songs that would later become his album I Will Return. During the tour, he also struck up a friendship with Eric Fisher, who produced another CD-R album, Long May You Run. Both albums were later released on Keep Recordings. Tillman and Jurado both later signed on for a U.S. tour with Richard Buckner.
In 2006, the independent label Fargo Records released Tillman's first properly distributed solo album, Minor Works, and reissued I Will Return and Long May You Run as a two-disc set the same year. In 2007, Yer Bird Records released his more elaborately arranged fourth album, Cancer and Delirium.
After signing to independent record label Western Vinyl, Tillman released two albums in 2009, Vacilando Territory Blues and Year In The Kingdom. Tillman said the title track of Vacilando Territory Blues was "about me moving to Seattle and the images that I associate with that journey." It is also "about my brother, and him subsequently moving to Seattle."
The following year Tillman released Singing Ax.

My first instrument was drums. As a kid I had all this nervous energy so I would just constantly tap on things, eventually my parents thought if they got me drum lessons I would stop tapping. The minute I picked up those drumsticks it was just over for me, I was just like 'this is it.' My drum teacher was like this legendary DC Jazz musician, but I would never really be prepared for practice so he used to get pretty frustrated with me, tell me I was throwing my parents money away and suggest I try the clarinet or something. He saw me playing years later and I saw him nodding as if to say 'not bad' and that was like the ultimate approval. But drumming was something that I only really did in high school after that I got so into song writing that I ceased to identify myself as a drummer.

Fleet Foxes:
In 2008, Tillman joined Seattle folk rock band Fleet Foxes as their drummer. On his involvement with the band Tillman said: "People have really exaggerated my involvement with Fleet Foxes; they had two records done by the time I joined the band and the writing was already on the wall that they were going to be the next big thing. I just learned the drum parts for their songs and tried to execute them as best as I could."
After extensive touring with Fleet Foxes, promoting their album Helplessness Blues, Tillman played his final show with the band in Tokyo on January 20, 2012.

On May 1, 2012, Tillman released the album Fear Fun under his new moniker "Father John Misty". When discussing his motivations behind the creation of the name, Tillman paraphrases Philip Roth: "'It's all of me and none of me, if you can't see that, you won't get it.' What I call it is totally arbitrary, but I like the name. You've got to have a name. I never got to choose mine." A couple of months prior to the release of the album a video was released for the song "Hollywood Forever Cemetery Sings" starring Parks and Recreation '​s Aubrey Plaza. The album was a dramatic departure from any of Tillman's former releases. On how the album came about Tillman said: "I got into my van with enough mushrooms to choke a horse and started driving down the coast with nowhere to go. After a few weeks, I was writing a novel, which is where I finally found my narrative voice.... It was a while before that voice started manifesting in a musical way, but once I settled in the Laurel Canyon spider-shack where I'm living now, I spent months demoing all these weird-ass songs about weird-ass experiences almost in real-time, and kind of had this musical 'Oh-there-I-am' moment, identical to how I felt when I was writing the book."
As Father John Misty, Tillman was featured on Kid Cudi's 2013 album Indicud.
Tillman wrote an essay about Damien Jurado's upcoming recording, Brothers and Sisters of the Eternal Son (Secretly Canadian, 2014). He also wrote the soundtrack for a short film called The History of Caves, directed by his wife, the filmmaker Emma Elizabeth Tillman. 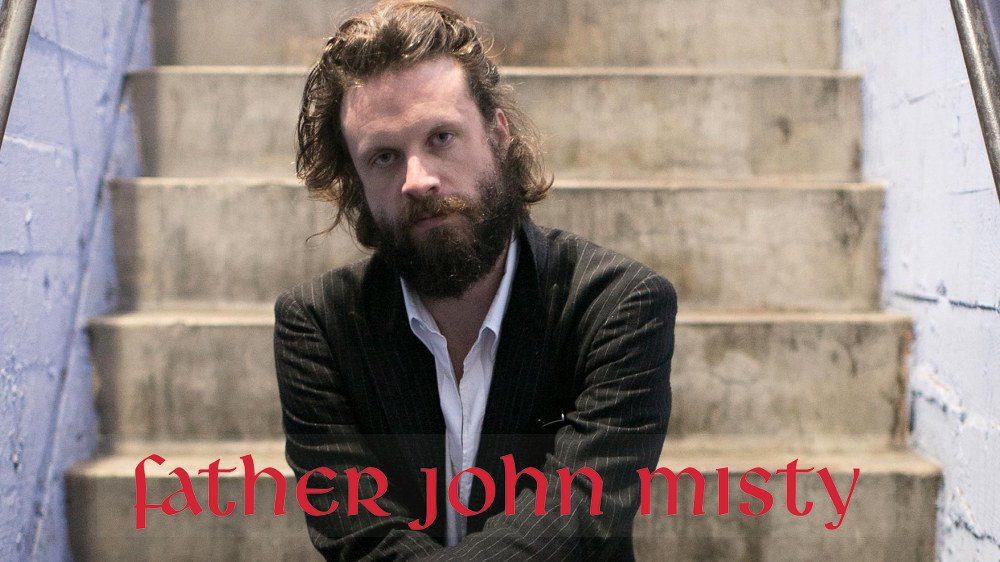 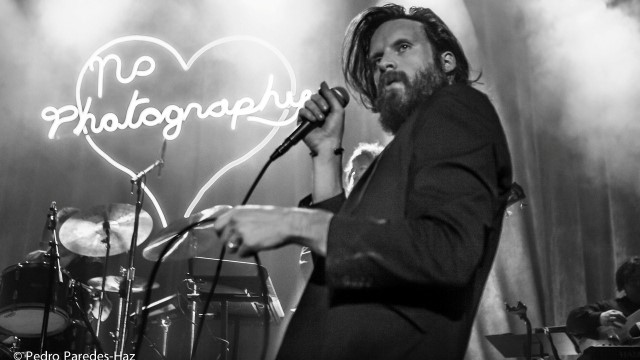 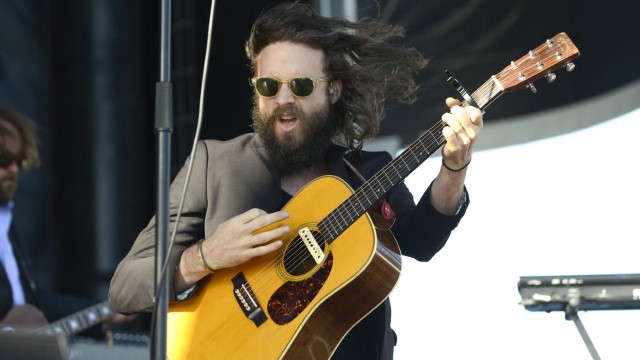 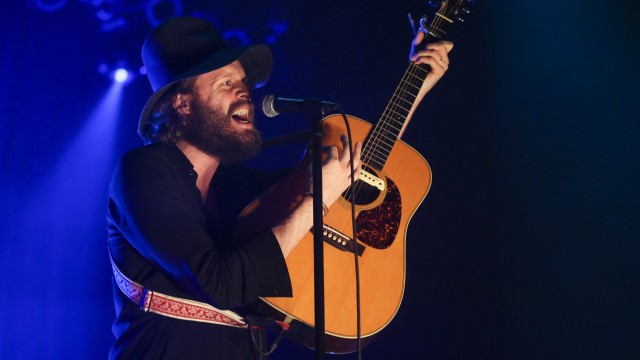