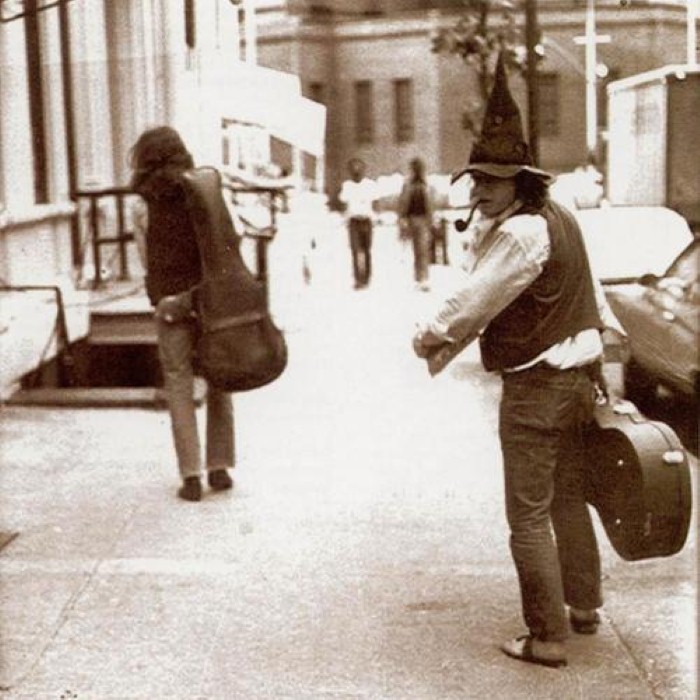 Singer/songwriter Chris Wilson was right in the midst of the hippie influx that poured into the Greenwich Village folk scene in the early and mid-'60s. Not long after moving to New York City in 1966, the Glen Cove, Long Island, native was befriended by Columbia Records executive Bob Hughes, whose partner Nicholas DeMartino would soon become Wilson's manager and greatest advocate. (DeMartino, incidentally, was also manager for an agit-rock band by the name of Elephant's Memory, and had an integral role in pairing the outfit with John Lennon and Yoko Ono after the couple moved to New York in the early '70s.) Wilson, in fact, was the first artist signed to the recently formed Hughes and DeMartino company, Diamond Productions. Still just a teenager, he was also added to the Columbia roster. With and without his band the Other Half, he began to make the rounds of the coffee house circuit, often playing at Manny Roth's Café Wha and hobnobbing with such future stars as Bill Cosby, Jimi Hendrix, and Bruce Springsteen, among others. Naïve, spirituality-minded, and, unlike the other members in the group, drug-free, he was even billed in a TV Guide piece as the "square hippy."

In fact, Wilson would move into the relatively straight world of television production in the next decade, but throughout the late '60s and early '70s, he continued to write and perform his songs around New York with frequency and to a devoted following. In 1972, he settled into his long enduring artistic alter ego, Gandalf the Grey. It had the desired result, helping Wilson and his music to stand out on the crowded scene. Both the character and the garb -- he performed at times with pipe, frock, and wizard's hat, and sometimes with a second guitarist billed as Legolas the Elf -- were, of course, inspired by J.R.R. Tolkien's classic fantasy novels, as were his songs, though they also had a strong element of autobiography to them. While he had recorded previously (including an unreleased album of pastoral Glen Cove juvenilia, All My Thoughts, and a full album, The Tin Angel, shelved by Columbia), The Grey Wizard Am I became his first official full-length LP release in 1972.
Recorded entirely by the artist in his bedroom and pressed in a run of 1,000 copies, the album was mostly given away to family and friends, though it was also sold in a few stores. Today a mint copy can fetch upwards of $1,000 in collector's circles. Gear Fab reissued it on CD in late 2003 with a bonus track. From the late '70s on, Wilson settled into full-time video and television production (among other things, his company, Grey Wizard Music, released the first video single in the United States in 1982, a fact officially acknowledged by Billboard magazine) and family life. But his love of music never ceased, and he continued to perform occasionally and compose songs (gathered into the [as yet] unreleased album, the orchestrated What's the Excuse, and on Conversations with Mom [and Dad], made available at wizardtv.com), as well as act in an unproduced Broadway musical.