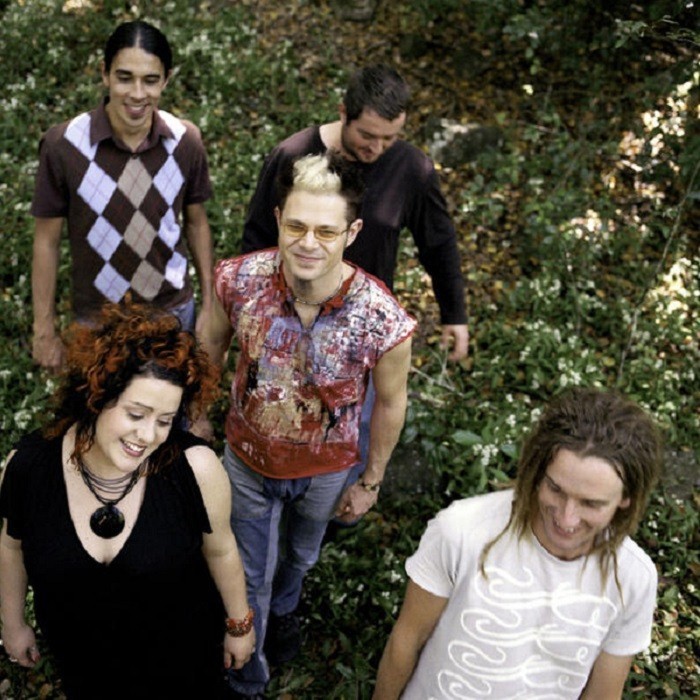 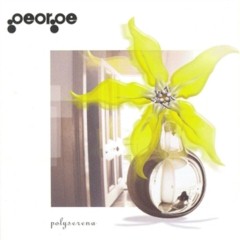 George (styled george) are a rock band from Brisbane, Australia. Their first album, Polyserena reached #1 in the Australian Charts on 17 March 2002.

History:
The band consists of Katie Noonan on vocals and keyboards, her brother Tyrone Noonan on vocals, guitar and keyboards, Geoff Green on drums and percussion, Paulie Bromley on bass and Nick Stewart on acoustic and electric guitar. Geoff Hooton, a bass player left the band in early 2000.
The Noonans form the nucleus of the band sharing principal songwriting duties. James Stewart also contributes to many of the bands tunes. The Noonans grew up with a strong background in classical music with their mother Maggie Noonan being a well-known opera singer. Katie Noonan studied opera and jazz at the Queensland Conservatorium.
James Stewart grew up listening to and playing rock music. Paulie Bromley played in underground Brisbane rock band Pangaea with Ben Ely of Regurgitator. Geoff Green has been playing the drums since 1987, and studied music at the Queensland University of Technology.
The band formed in 1996 to enter a university music competition. It released a series of independent EPs namely George in 1998, You Can Take What's Mine in 1999 and Bastard-son/Holiday in 2000. The EPs did progressively better earning good airplay on Triple J Radio and community radio stations across Australia. George was also winning a strong live following throughout the nation.
George signed with Festival Mushroom Records in mid-2001. "Special Ones" was the first single released on Festival Records followed by "Run" in October 2001 and "Breathe in Now" in February 2002. From this time the band toured heavily.
The band's first album Polyserena debuted at #1 in the national album charts in its first week; George became only the tenth Australian band to do so with a debut album. Polyserena achieved gold record status within ten days, and platinum record status within three weeks. By the end of 2002, the album had gone double platinum. It had spent 36 weeks in the top 50.
In January 2003, the band joined forces with the Sydney Symphony Orchestra over two nights (23rd & 25th) to perform Concerto for Group and Orchestra by Jon Lord. The band is the only rock group other than Deep Purple to perform the piece. It was typical of the band's eclectic approach combining classical, rock, funk, jazz and even electronic music.
George released the album Unity in February 2004 and it debuted at #5 in the Australian album chart of 1 March 2004. Katie Noonan says on the band's web site that the title reflects the band's approach on the album. "That family vibe brings a closeness and honesty that permeates what we do. Collectively and individually, we've been through a great period of change and growth. Knowing we can look to each other for strength brings comfort and solidarity. We have all been through the same thing and there's an incredible sense of union from that experience - that's what being in a band's about."
George last performed live in Brisbane on 22 December 2004 and are currently on hiatus whilst individual members attend to their own projects. While there are no immediate plans to regroup and perform or record new material, the band will endeavour to make a comeback at some stage. The band reformed for what has now become their final show, on the forecourt of the Sydney Opera House on Friday 27 January 2005.