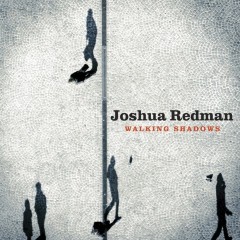 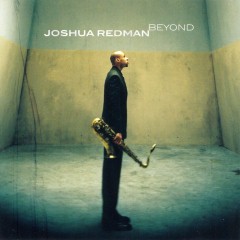 Joshua Redman (born February 1, 1969) is an American jazz saxophonist and composer who records for Nonesuch Records. In 1991, he won the Thelonious Monk International Jazz Saxophone Competition. Redman was born in Berkeley, California. His father, jazz saxophonist Dewey Redman, was African American. His mother, dancer and librarian Renee Shedroff, is Jewish. He was exposed to many kinds of music at the Center for World Music in Berkeley, where his mother studied South Indian dance. Some of his earliest lessons in music and improvisation were on recorder with gamelan player Jody Diamond. He was exposed at an early age to a variety of musics (jazz, classical, rock, soul, Indian, Indonesian, Middle-Eastern, African) and instruments (recorder, piano, guitar, gatham, gamelan), and began playing clarinet at age nine before switching to what became his primary instrument, the tenor saxophone, one year later. The early influences of John Coltrane, Ornette Coleman, Cannonball Adderley and his father, Dewey Redman, as well as the Beatles, Aretha Franklin, the Temptations, Earth, Wind and Fire, Prince, the Police and Led Zeppelin drew Joshua more deeply into music.
He graduated from Berkeley High School, class of 1986, after having been a part of the award-winning Berkeley High School Jazz Ensemble for all four years of high school.
In 1991, he graduated summa cum laude with a degree in Social Studies from Harvard University, where he was a member of Phi Beta Kappa Society. He had already been accepted by Yale Law School, but deferred entrance for what he believed was only going to be one year. Some of his friends (former students at the Berklee College of Music whom Joshua had met while in Boston) had recently relocated to Brooklyn, and they were looking for another housemate to help with the rent. Redman accepted their invitation to move in, and almost immediately he found himself immersed in the New York jazz scene. He began jamming and gigging regularly with some of the leading jazz musicians of his generation, including Peter Bernstein, Larry Goldings, Kevin Hays, Roy Hargrove, Geoffrey Keezer, Leon Parker, Jorge Rossy and Mark Turner.
Redman won the Thelonious Monk International Jazz Saxophone Competition in 1991, and began focusing on his musical career. Now fully committed to a life in music, Redman was quickly signed by Warner Bros. Records and issued his first, self-titled album in the spring of 1993, which subsequently earned Redman his first Grammy nomination. Redman continued to develop his style throughout the 1990s, beginning with a sideman appearance on Elvin Jones' Youngblood alongside Javon Jackson (recorded at the Van Gelder Studio in April 1991), and following up with an appearance on his father Dewey's 1992 record Choices. On his second album as a leader, Wish, he was joined by a notable lineup consisting of guitarist Pat Metheny, bassist Charlie Haden, and drummer Billy Higgins; he would later tour this album as The Joshua Redman Quartet, featuring Christian McBride in place of Charlie Haden. He continued to work with various quartets, including one with pianist Brad Mehldau until forming a new trio, Elastic, with keyboardist Sam Yahel and drummer Brian Blade. The trio debuted under the moniker Yaya3, producing one album under this name. The same group of musicians made up the core on Redman's Elastic album, before becoming known as the Joshua Redman Elastic Band. Some of his works were featured on The Weather Channel's Local On The 8s.
In 1994, Redman appeared on the Red Hot Organization's compilation CD, Stolen Moments: Red Hot + Cool, appearing on a track titled "The Scream" alongside Us3 and Tony Remy. The album was named "Album of the Year" by Time Magazine. He also appeared as a member of the "Louisiana Gator Boys" in the 1998 film Blues Brothers 2000.
In 2000, Redman was named Artistic Director for the Spring Season of the non-profit jazz-presenting organization SFJAZZ. Redman and SFJAZZ Executive Director Randall Kline had an idea that The New York Times called a “eureka moment”; the creation of the SFJAZZ Collective, an ensemble distinguished both by the creativity of its members and a unique primary emphasis on composition. Inaugurated in 2004, the eight-piece band consists of a multi-generational cast of accomplished musicians. The Collective’s repertoire features both commissioned works and new arrangements of the work of great modern jazz composers. In March 2007, Redman announced that he was taking a hiatus from both the SFJAZZ Artistic Directorship and the SFJAZZ Collective in order to focus on new projects.
Redman has made a guest appearance on an episode of the TV show Arthur as the uncle of Francine, one of the main characters. The episode also depicts him in a wrestling match against classical cellist Yo-Yo Ma. He also appeared on Reading Rainbow, episode 127 "Hip-Cat", in which Redman discussed with host LeVar Burton the importance of music and how jazz had affected his life, which he followed with a live performance. Redman also performed on the soundtrack of the made for TV film "Love and Betrayal: The Mia Farrow Story" (1995).
Redman has also appeared on recordings and in live performances by Umphrey's McGee.
In April 2007, Nonesuch released Redman’s first ever piano-less trio record, Back East, featuring Joshua alongside three bass and drum rhythm sections (Larry Grenadier & Ali Jackson, Christian McBride & Brian Blade, Reuben Rogers & Eric Harland) and three guest saxophonists (Chris Cheek, Joe Lovano and Dewey Redman). His January 2009 release, Compass, continues the trio tradition, and even includes some tracks with a double-trio set-up, featuring saxophone, two basses, and two drummers.
Starting in late 2009, Redman began performing with a new collaborative band called James Farm, featuring pianist Aaron Parks, bassist Matt Penman, and drummer Eric Harland. They released their first album on April 26, 2011.
Redman was also an inaugural member of the Independent Music Awards' judging panel to support independent artists.
In early 2013, it was announced that Redman would release a new quartet album featuring an orchestral ensemble, titled Walking Shadows. Produced by Redman's friend and frequent collaborator, Brad Mehldau, the album also features Larry Grenadier (bass), and Brian Blade (drums). It is scheduled to be released on May 7, 2013 on Nonesuch. 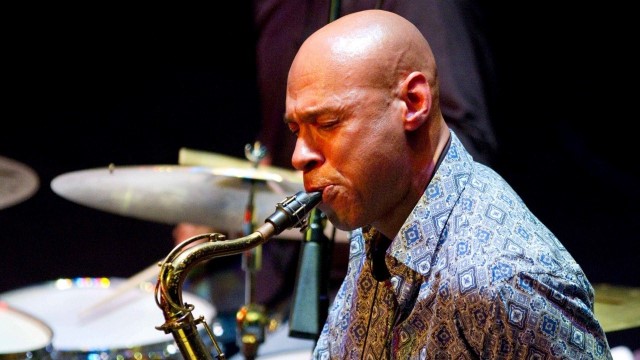 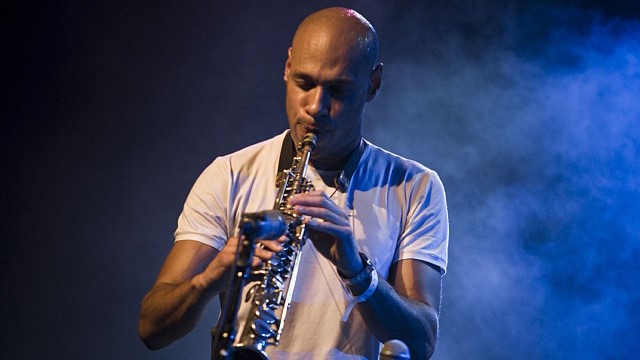 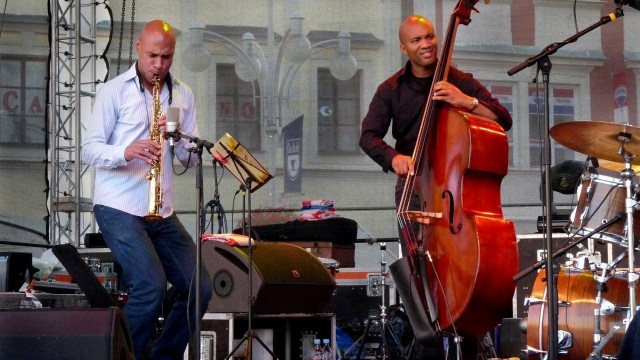