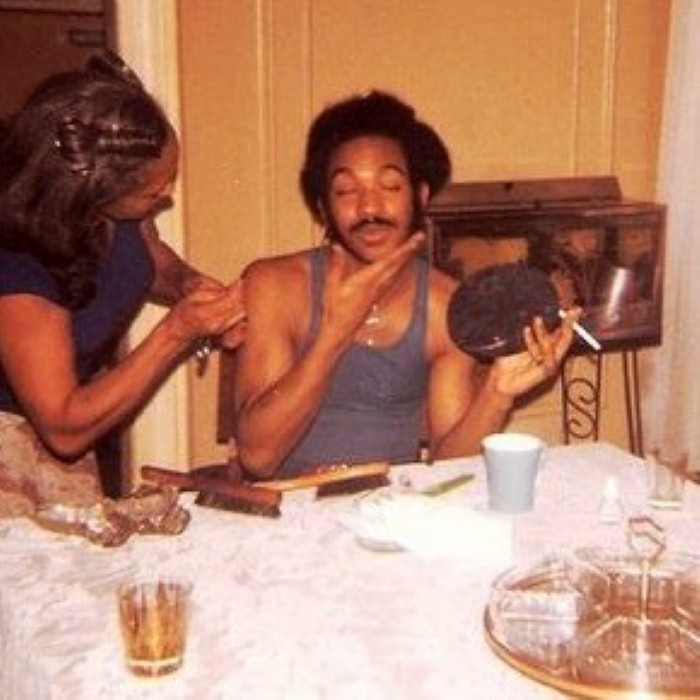 A mythical figure, original Funkadelic guitarist Eddie Hazel pioneered an innovative funk-metal sound in the early '70s, best exemplified on his mammoth classic instrumental jam "Maggot Brain." This mythological status arises from his brief, mysterious era of productivity, a shadowy three-album cycle capped by Maggot Brain that came to a close as Hazel's notorious drug problems began to haunt him, resulting in personal disputes with George Clinton, a jail sentence, and ultimately his slow death to liver failure. Yet even though Hazel's notable accomplishments are few -- reserved mostly to the first three Funkadelic albums, a 1977 solo album, and legendary live performances -- these accomplishments were highly influential. At the time, Hazel seemed a clear successor to the deceased Jimi Hendrix, one of the few black guitar players merging an acid rock approach with an R&B aesthetic. Furthermore, Hazel took things a step further, integrating a heavy dose of funk into his fiery guitar work as well, setting the precedent for successive Parliament/Funkadelic guitarists, as well as later generations of funk-metal guitarists.
Though born in Brooklyn on April 10, 1950, Eddie Hazel grew up outside the city in Plainfield, NJ, since his mother, Grace Cook, didn't want her son growing up in a negative, drug-littered environment (though, ironically, Plainfield wasn't much better in regard to drugs). While his mother commuted back and forth to Brooklyn to work as a silk presser, the young Eddie spent most of his time playing the guitar his brother had bought for him as a Christmas gift. In addition to his self-trained guitar playing, Eddie also sang in church and eventually met Billy "Bass" Nelson when he was only 12 -- the two instantly began playing together, teaching each other to sing and play guitar. Once they met up with yet another local youth, drummer Harvey McGee, they began jamming together as a trio, trying to learn all the early-'60s Motown hits.
In 1967, another much more established Plainfield group, the Parliaments, had suddenly found themselves experiencing a considerable level of success and wanted to mount a tour. They needed a backing band, though, and looked to Nelson for help. Unfortunately, Hazel was nowhere to be found, supposedly in Newark, NJ, working with producer George Blackwell. When Nelson returned from a short summer tour in August, the first thing he did was hunt down Hazel in hopes of beefing up the Parliaments' rhythm section. There was one problem, though -- Eddie's mother. She wasn't crazy about the idea of letting her 17-year-old son head out on a tour with George Clinton's ensemble of wild musicians. Yet after a little begging and some convincing on both Clinton's and Nelson's part, Ms. Cook agreed to let her son follow his ambitions.
the Parliaments went back on tour in September 1967, with Nelson and Hazel anchoring the rhythm section. In Philadelphia during a show at the Uptown Theater, Hazel met Tiki Fulwood, who was the Uptown's house drummer. The two instantly became close friends, going out partying after the show together. Furthermore, since both Nelson and Hazel were unhappy with their drummer at the time, they argued with Clinton about replacing the Parliaments' inadequate drummer with Fulwood. By the time they left Philadelphia, the Nelson/Hazel/Fulwood rhythm section was finally in place, a tight squad that spawned Funkadelic.

In essence, Funkadelic was just a continuation of the Parliaments. With group member Calvin Simon gone off to the war, and with Hazel and Fulwood now in the group, the Parliaments abandoned their uniforms, donned extravagant costumes or street clothes, and began playing increasingly rock-influenced music driven by Hazel's dirty fuzz tone and Hendrix-influenced acid rock approach. The change to Funkadelic then became official with the introduction of Tawl Ross on rhythm guitar and Bernie Worrell on keyboards, resulting in a series of three landmark albums: the group's self-titled debut (1970), Free Your Mind...and Your Ass Will Follow (1970), and Maggot Brain (1971).
Maggot Brain ended up being one of the group's more essential albums, thanks primarily to Hazel's guitar playing. In particular, the title track has become his legacy, an epic instrumental piece fashioned as an emotive eulogy that has become a perennial staple of the group's live shows over the decades. The song's origins are supposedly rooted in a recording session where Clinton told Hazel to envision the saddest thought possible, his mother's death, and use that vision as inspiration. Other myths involve Hazel's voracious drug intake, a characteristic that led to the nickname "Maggot Brain." Either way, the song made Hazel famous and secured his legacy for successive decades.

Unfortunately, following Hazel's most promising moment and greatest accomplishment to date, his career began descending quickly. It's no secret that the early Funkadelic lineup suffered through drug problems during this early-'70s era, as first Ross was ousted from the group for his increasing LSD-related unreliability. Soon after, Clinton became equally frustrated with Hazel's and Fulwood's growing drug abuse, often cutting off their pay so that they wouldn't go spend it on illicit substances. These problems most obviously came to light on the follow-up to Maggot Brain, 1972's America Eats Its Young, where Hazel's role was minimal. Furthermore, the guitarist began working with fellow Detroiters the Temptations instead, contributing guitar and songwriting to Zoom (1973) and Song for You (1975).

Hazel's drug abuse problems finally caught up with him in 1974, with an indictment resulting from an airline incident that involved him assaulting a stewardess. In his absence, Clinton integrated the potent duo of Garry Shider and Ron Brylowski into Funkadelic, and later Michael Hampton (a young guitar prodigy who caught the band's attention by playing a note-for-note rendition of "Maggot Brain" at a party in Cleveland). Hazel returned from exile for 1974's Standing on the Verge of Getting It On, with strong guitar contributions and co-writing credits with George Clinton on several songs, but by the next album (Let's Take It to the Stage), Hazel was taking a secondary role to the new roster of Parliament/Funkadelic guitarists.

While Hazel's role in Parliament/Funkadelic had diminished by the late '70s, Clinton did grant him the opportunity to record a solo album for Warner Brothers, 1977's Games, Dames and Guitar Things. The album featured covers of "California Dreamin'" and "I Want You (She's So Heavy)," along with a few songs written by Clinton and Bootsy Collins. The nine songs all prominently feature Hazel's lead guitar work, along with a considerable amount of backing vocals courtesy of the Brides of Funkenstein. Incredibly rare and highly collectable for years as a vinyl-only release, the album remains one of the better P-Funk albums of the late '70s, highlighted by its guitar-heavy sound.

Following this album, Hazel continued to play with Clinton in successive years, but his contributions were never major, and he slowly descended further into oblivion, eventually suffering from chronic stomach problems and ultimately dying on December 23, 1992, from internal bleeding and liver failure. In the wake of his death, two posthumous collections of unreleased material were released. Jams From the Heart surfaced first in 1994, a brief four-song EP that eventually was eclipsed by a second import release, 2000's Rest in P. This latter collection compiled the material from Jams From the Heart along with a few other leftovers dug up from the vaults. In 2004 Rhino Homemade finally reissued Games, Dames and Guitar Things, appending the Jams From the Heart EP as an added bonus. 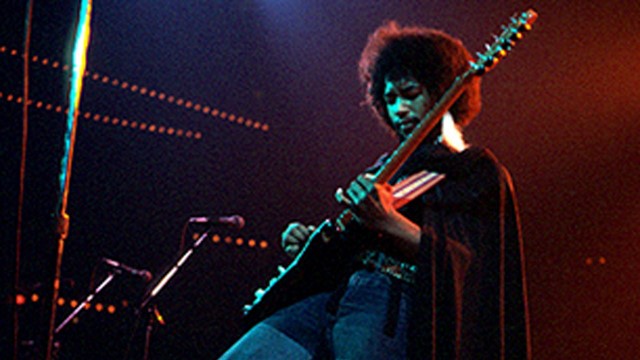