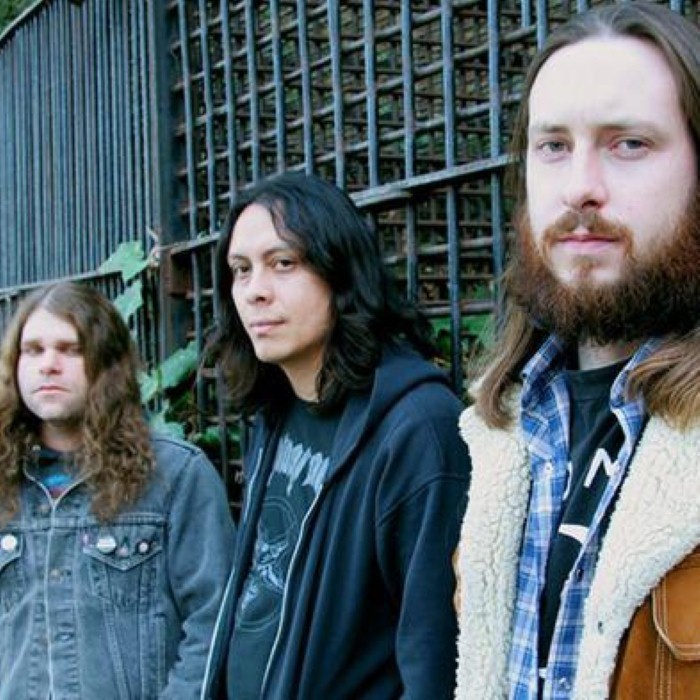 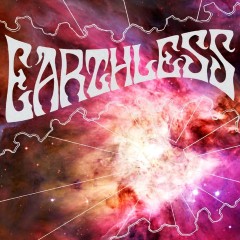 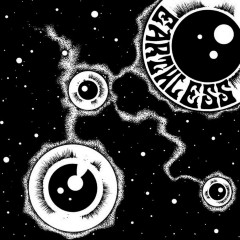 Earthless is the brainchild of Mario Rubalcaba, Mike Eginton and Isaiah Mitchell. Rubalcaba, a prolific drummer, has worn the alias of Ruby Mars during his stint with Rocket from the Crypt, went on to bang away for the Hot Snakes, was the drummer for hardcore art-punks Clikatat Ikatowi and previously was in the The Black Heart Procession… and prior to that? Mario was a member of Tony Alva’s Alva Team skateboarding crew. He now finds himself, along with bassist Mike Eginton and guitarist Isaiah Mitchell, knee deep in the near opposite direction of all things punk rock, ensconced in the world of jam, space and “cosmic nodding” a.k.a. Earthless.

The trio, based out of San Diego, met through mutual friends and a fondness for under the radar record collections. Mario explains how the band connected, “We discovered a mutual admiration for a lot of Japanese psychedelic hard rock bands, as well as primitive ‘60s garage music. After combing over each other’s record collections and lending out records, we came upon the idea of, ‘Let’s specifically start a Japanese-psychedelic-heavy-Kraut-rock-band.’ With the Japanese bands, it was always a really kind of heavy, blues, twisted take on Black Sabbath or Led Zeppelin. Isaiah is an awesome guitar player & Mike is an amazing bassist, playing with the both of them really sealed the deal. Magic happened in the room. Since then, we’ve followed that formula.”

Recently signed to Tee Pee Records, Earthless issues their debut album, Rhythms from A Cosmic Sky, this May. While Mario, Mike and Isaiah can be the most precise of musicians, the group also revels in adding a healthy amount of jam to the mix, as evidenced by the album’s two extended tracks “Godspeed” and “Sonic Prayer.” “There’s a lot of improvisation, a lot of room to be spontaneous and wander off. We always have certain riffs that we know to go into. If the beat changes a little bit, and we give the…we call it the ‘cosmic eye’ or the ‘cosmic nod’ to go into this other part that we have, we just have these certain sections that we go into, and it always seems to work out.” The album’s third track is a cover of The Groundhogs’ “Cherry Red.”

Earthless’ sound is so far-reaching they’re already being asked to play with a wide sweep of artists including - Mastodon, Big Business, The Fucking Champs, Nebula and High on Fire. However, don’t expect to hear faithful renditions of either of their new album’s songs when the band plays live. “No brakes – just one, long continuous song to us. Even though some people that have seen us think, “That third song you played…” because it will shift into a different mood. But to us, it’s just one long song. It can range anywhere from 25 minutes to an hour and a half… just full-on, loud, sonic power. Some people might not be able to take it, and some people love it. We just hope that someone can get enjoyment out of it like we do [laughs]. We have a couple of different jams – probably four or five different ones, and sometimes we mix them up. We liked to keep it spontaneous and somehow mix up parts – if it works it works, if not, then better luck next time.”

With its band members’ previous commitments to other bands keeping them from fully focusing on Earthless in the past, this appears to have now changed. “Earthless has always been around other bands that we’ve been in, because I was touring a lot for Rocket, and then after that, I played with Hot Snakes, so we never really got a chance to play too much outside of San Diego. But now, we’ve been consistent for a couple of years.” Dates outside San Diego are being lined up.