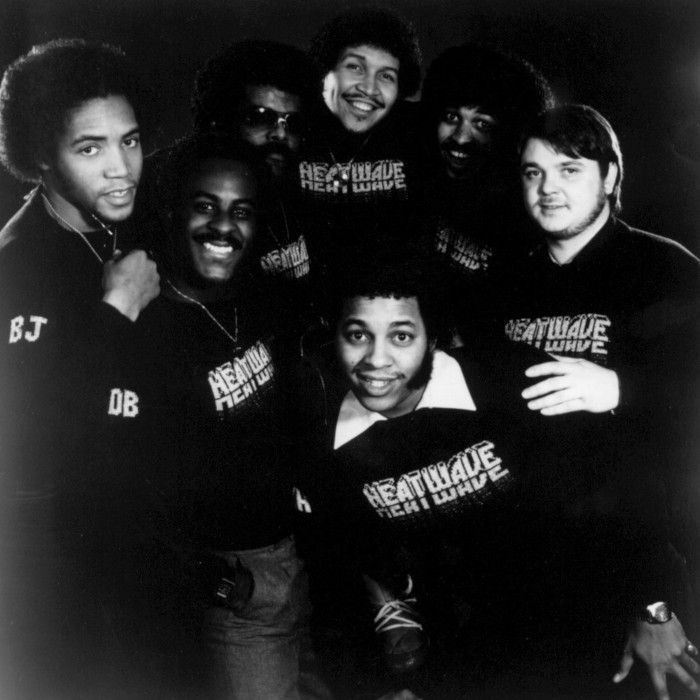 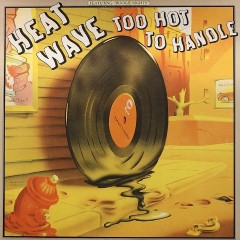 It all began in West Germany. Five young men stationed in the U.S. Army came together after work, went to the social clubs to play pool and sing a little harmony. This group was known as ‘The Cashmeres’. The Cashmeres joined with three young female vocalists in the same city and called themselves ‘The Cashmeres and The Black Pearls’, patterning themselves after ‘The Temptations and The Supremes’. As time went on, three of the men left for England and Vietnam and the ladies also departed, leaving Johnnie Wilder and one other group member to form a new four-man vocal group called ‘The Nobelmen’, who picked up a backing band called ‘The Soul Sessions’, an all-German Band that liked to play what they called ‘Soul Music.’
Faces continued to change within the band and Johnnie ended up being the lead singer of the group that became known as ‘J. Wilder and The Soul Sessions’. After Johnnie’s military tour ended, the group went through many transformations and additions. Johnnie went to an ex-U.S. Air Force friend named Tommy Harris who had a group in West Germany called ‘The Upsetters’. The remaining members of ‘J. Wilder and The Soul Sessions’ combined with ‘The Upsetters’ and became the nucleus of the now famous group known as ‘Heatwave’. Original members were: on bass, Eric ‘funky man’ Joseph, on keyboards, Eric Johns, on guitar, Jessie Whitten, vocalist, Barbara Bell, on drums and vocals, Tommy Harris, and Johnnie.
The group derived its name from the days when they were rehearsing in an old run-down building in Germany with a radiator that that kept percolating on the heat year round, thus ‘Heatwave’. Before long, Heatwave was in search of a new female singer and keyboard player. They were introduced to a young lady who sang locally named ‘Poochie’. Around the same time, an accomplished English keyboard player named Rod Temperton was also added. Following that a new bass player, Mario Mantese joined the group. With the introduction of Rod, Heatwave had its first opportunity to start working in Great Britain. After working two tours at a time in Great Britain, one female singer left the group and two female singers, Latisha Harmon and Audrey Hayes briefly replaced her. It was also during this time that the group suffered a tragic loss of one of its original members, Jessie Whitten, who lost his life in an accident. Although devastated, Heatwave regrouped, added a new female singer and the musical flame was rekindled.
While playing a series of dates in Switzerland, drummer Tommy Harris decided he needed a break from the road. While in Switzerland, Heatwave was introduced to an enthusiastic drummer by the name of Ernest Berger who later became known as ‘Bilbo’. Shortly after while the group was in London, Eric Johns Rasmussen, a very good guitar player, was added. Heatwave was now working more in England and subsequently moved to Northern England. The first demos were recorded here, all original songs written by Rod Temperton. Records were printed and the group began shopping for a recording deal. At this time, another lead vocalist, Keith Wilder, Johnnie’s brother, was added to create a more full and diverse sound, and they emerged as the two lead singers for the group.
While touring Europe the group’s popularity increased, especially when they returned to London as the opening act for groups which were well-known in America. Heatwave had generated a large following at the time when the age of disco was becoming more popular. When they arrived in London there was interest from a small, independent record company, GTO Records. While other record companies were rejecting Heatwave’s advances into the record industry, GTO thought otherwise. And this started Heatwave’s recording career for its first record label, GTO Records.
The inaugural album ‘Too Hot To Handle,’ saw as its first single release ‘Super Soul Sister,’ a great dance tune that received very little airplay. The second release ‘Ain’t No Half Steppin’, was a popular dance song in the nightclubs of the disco scene and received moderate airplay. The third single ‘Boogie Nights,’ was released January 7, 1977. It was a major success for Heatwave and proved to be the turning point of their career. ‘Boogie Nights’ was a number one single in Europe and provided an opportunity for people to hear Heatwave in America for the first time. Later that year the release of the classic love ballad, ‘Always And Forever’ demonstrated the versatility of the group, showing their ability to do both dance songs and ballads. In 1977 Roy Carter from London, England was added as additional (guitar, bass, keyboards) player.
Album number two, ‘Central Heating’ was recorded in London, England. With the multi-Platinum success of Heatwave’s ‘Boogie Night's and ‘Always And Forever’ taking off in America, there was interest on the part of CBS Records in the group as it was blazing the charts from London. This also led to Heatwave’s first invitation to play live before an American audience. CBS Records invited Heatwave to perform in front of an audience of 16,000 at the celebration of Martin Luther King, Jr’s birthday. All these events were taking place while recording the second album, ‘Central Heating’, in addition to negotiating a record deal with CBS Records. Later in '77 Billy Jones from Dayton, Ohio (cousin to Wilders) became lead guitarist. Also in '78 Calvin Duke from Brooklyn, NY. (Fatback Band) became the new keyboardist.

Now more visible than ever, Heatwave toured with major recording artists in the US. Throughout the tour Heatwave enjoyed tremendous popularity through increased radio airplay of the first single ‘Groove Line’ and expanding media press coverage, hailing the group as exciting, and a ‘must see’ in concert. All of this was taking place while the second single ‘Mind Blowing Decisions’ was rising on the charts. Subsequently Heatwave returned again to England to start their third album.
Embarking on the recording of their third album gave them the opportunity to record in various studios in countries besides London. It was during the recording of the third album that another turning point severely impacted Heatwave’s career. On February 24,1979, Johnnie Wilder was involved in a traumatic automobile accident which left his body paralyzed from his neck down. This would be the third of a series of traumatic events in the life of the group. The original guitarist, Jessie Whitten, was involved in an accident and was killed while on a break from touring. Mario Mantese, the bass player, was in an accident that left him in a coma for six months and after recovery, rehabilitation and recuperation, had limiting physical abilities, which made him unable to play bass for the group. Thus the addition of Derek Bramble from London, England on bass guitar. Johnnie’s accident left him in the hospital for one year. It was during the time Johnnie Wilder was in the hospital that the completion and release of the album ‘Hot Property’ had taken place. The group continued to tour with the addition of a lead vocalist, James Dean Nicolas, better known as JD, who would later sing with the Commodores. After his dramatic recovery, Johnnie continued to accompany the group on occasion for performances in America or in Germany. During this time the group returned to London to start the recording of the fourth album, ‘Candles.’
While recording the ‘Candles’ album Johnnie had taken the seat as co-producer all the while still singing on the album. Because of the rigors that Johnnie went through it was a particularly difficult album to record. With the group finding the determination and willpower to carry on, the album was completed. Fueled by great songs written by Rod Temperton, showcasing the emerging writing ability and continued singing of Johnnie Wilder, the group ended up with another successful album. Heatwave enjoyed another series of American concert dates before they decided to move back to England where their popularity had not wavered and their records were still very successful. After completing a series of dates in Europe, Johnnie decided to move back to America to live in a more permanent home-based setting. Life on the road began to take its toll on Johnnie. In spite of this, he lost no interest nor his love for his creation of Heatwave or his passion for Heatwave’s music. Around this time Keith Harrison, from Dayton, Ohio was added as the second keyboardist and later played with the Dazz Band. While back in America, plans were being made to record a fifth album, ‘Current’. Once again, the album boasted great songs from Rod Temperton, a beautiful song by Derek Bramble and two songs by additional writers.
In the tradition of previous Heatwave albums, Johnnie sang lead and background vocals throughout;. Heatwave also employed additional vocalists, some of which were musicians in the group - Keith Wilder, Billy Jones, Calvin Duke, Keith Harrison and session musicians were also hired for the first time in this album to create a new style of recording, yet not departing from the Heatwave influence. Even though the album had great songs, it lacked the same luster, in the change of voices and style that the previous Heatwave albums had. Though moderately successful, the album entitled, ‘Current’ was the last of a five album record deal that Heatwave recorded with CBS/ Epic Records.
Heatwave amassed many achievements, accomplishments, and awards. They had the opportunity to perform before hundreds of thousands of people both in the United States and many of the European countries. Heatwave received gold and platinum records for ‘Too Hot To Handle’ and ‘Central Heating.’ Heatwave also received platinum awards for the singles, ‘Boogie Nights’ and gold awards for ‘Always And Forever.’ It followed with the platinum award winning single, Groove Line’ and gold single, ‘Mind Blowing Decisions’. Heatwave also achieved gold status with the third album, ‘Hot Property.’ Heatwave’s fourth LP, ‘Candles’ and fifth album, ‘Current’ also sold over five hundred thousand units. In addition, Heatwave sold many albums and singles earning gold and silver awards in Great Britain.
The journey of Heatwave is one of a group that surged to international prominence, which threatened to be eclipsed by tragedy, yet continues to shine intensely in the hearts of those who were ignited on the dance floor by the infectious grooves; electrified at live concerts by the fiery showmanship, and warmed by the smooth ballads that have made them internationally famous. 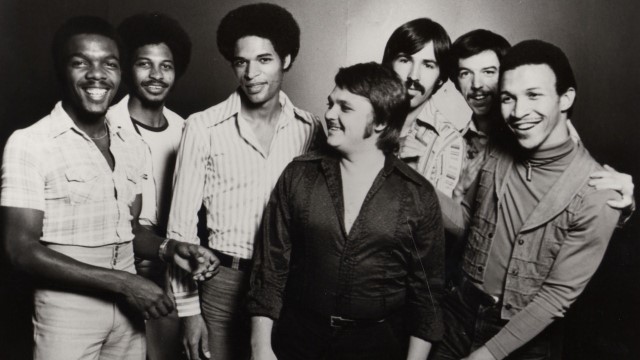 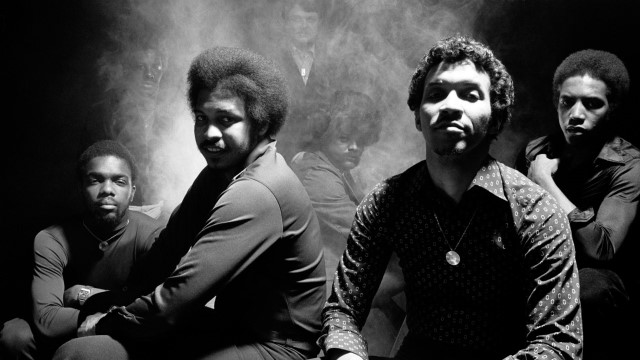