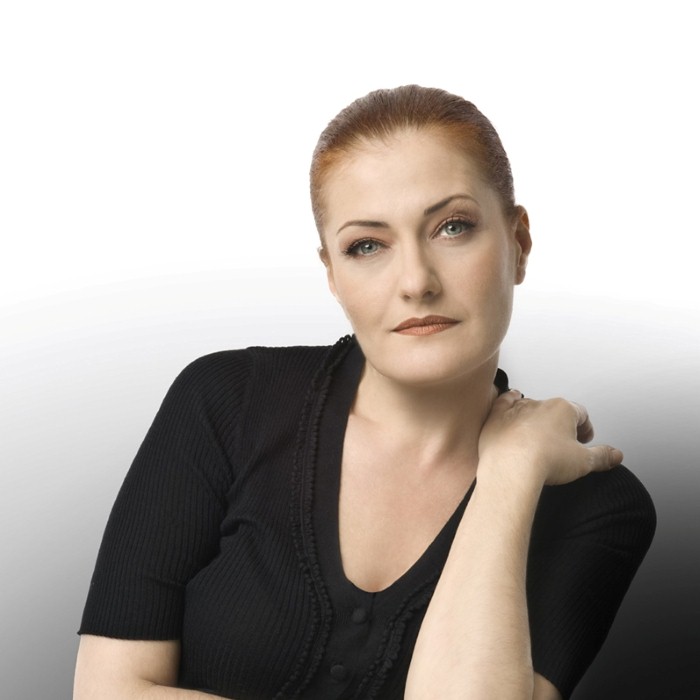 Candan Erçetin, (born 10 February 1963 in Kırklareli) is a Turkish singer and songwriter.

Candan Erçetin was born on 10 February 1963 in Kırklareli, Turkey. Her mother and father were immigrants from Pristina and Skopje, respectively. She studied at Lycée de Galatasaray, and graduated from Istanbul University with a degree in Archaeology. In 1991, she graduated from Istanbul Municipal Music School where she studied classical opera. She represented Turkey in the Eurovision Song Contest 1986 which was held in Bergen, Norway as a member of Klips ve Onlar with the song "Halley". She had taken the place of Seden Gürel, who was the member of the group but didn't go in order to complete her final exams in Architecture at ITU. She taught music in Lycée de Galatasaray for many years. Presently, as well as continuing to perform, she works as a lecturer at Galatasaray University Law Faculty.

In January 1996, she completed her first solo album "Hazırım" ("I'm Ready") based on Thracian themes. In the same year, she received an award from Alem FM music radio for her album being one of the best selling Turkish pop albums of the year. In July 1996, she released her best selling single EP "Sevdim Sevilmedim", the first ever Turkish remix album. In June 1997 she released her second album entitled "Çapkın" ("Womanizer") using ethnic music and her own compositions. The song "Yalan" ("Lie") from this album won the Istanbul FM "Most Requested Song" award. In September 1998 her remix EP "Oyalama Artık" ("Don't Put It Off Anymore") was released, followed by her third album, "Elbette" ("Of Course") in January 2000. This album would go on to become the best-selling album of the year.

In August 2001, she released a limited edition remix album entitled "Unut Sevme" ("Forget, Don't Love") with the artist's autograph on every cover. In June 2002, her fourth album entitled "Neden" ("Why") was released including mostly her own compositions. She followed this in March 2003 with an album of French chansons with new musical arrangements - "Candan chante hier pour aujourd'hui" ("Candan Sings Yesterday For Today"). During the same year, she released a remix album including the songs "Neden" and a new song named "Yazık Oldu" ("Spoiled"). The song was included in the soundtrack of a Gori Varta movie jointly produced by Bosnia, Serbia, Austria, and Turkey. Her next album, "Melek" ("Angel"), was released in June of the following year.

In the first half of the year 2005 she played in a musical called "Yıldızların Altında" ("Under The Stars") about old Turkish movies. In it, she co-starred with Beyazıt Öztürk, Rasim Öztekin, Ragıp Savaş, Nurhan Damcıoğlu and Orhan Aydın. Later that year she released a new remix album entitled "Remix'5". This album included 9 remix versions of 6 songs from "Melek" ("Angel") and a new song called "Sevdim Anladım" ("I Understood That I Loved") adapted from the Academy Award nominated Vois Sur Ton Chemin from the movie Les Choristes.

In January 2006, in the 10th year of her music career, she released the album "Aman Doktor" ("Oh, Doctor!"), which consisted of old, common Turkish-Greek melodies, sung in both languages.

Her most recently released album is "Kırık Kalpler Durağında" ("At Broken Hearts Station"), which came out in December, 2009.

In 1994, she hosted a TV Magazine programme called "Kol Düğmeleri" ("Cufflinks") on Kanal D which ran for 17 weeks. Her next production came in 1995, when she hosted a talk show called "Randevu" ("Rendezvous") for the music channel Number One. This show ran five days a week at prime time for 13 weeks. This was followed in May 2001 by a weekly TV show named "Günlük Hayat" ("Daily Life") on the NTV news channel for 13 weeks.

Since March 2007 she has been presenting her own music programme called "Candan Erçetin'le Beraber ve Solo Şarkılar" ("Songs With Candan Erçetin and Solo Performances") by TRT in which she hosts a singer and performs both by herself and together with the guest singer. The songs she sings follow a weekly theme.
Notable concerts and national awards

In May 1998 she gave a concert in Bremen Glocke Concert Hall followed in June 1998 by the "premier concert" of the 2nd Bosphorus Festival with the Cemal Reşit Rey Symphony Orchestra at the Open Air Theatre in Istanbul. She followed this with two concerts in the Netherlands, one in Utrecht and the other one at Amsterdam Paradiso Concert Hall in autumn of the same year. In June 1999 she gave solo concerts in Frankfurt and Morocco.

In October 1998, the video clip for her song "Her Aşk Bitermiş" ("Every Love Ends") won the French music channel MCM's "Best Direction" award in the Second Mediterranean Video Music Awards.

Every year in summer she opens the concert series "Most Production", and the closing concert is frequently given by her as well. 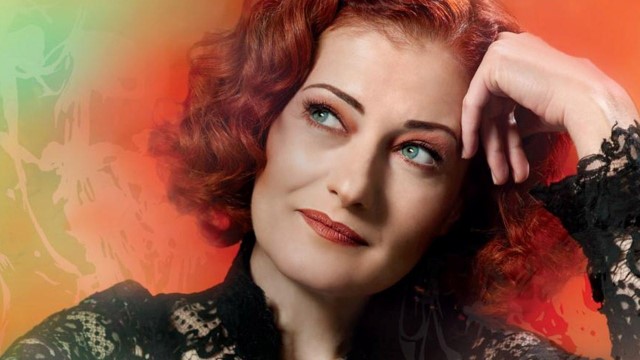 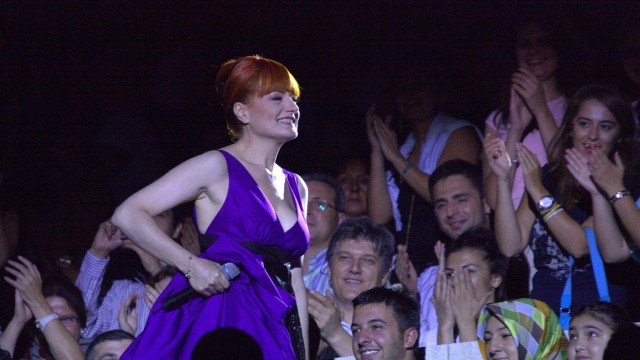