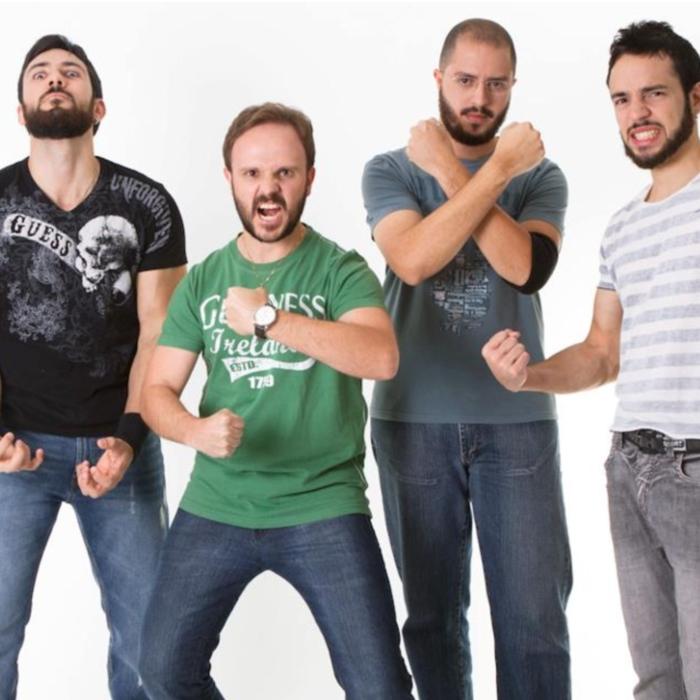 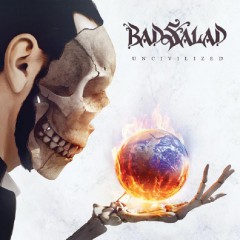 BAD SALAD is a progressive metal band from Brasilia, Brazil formed by guitarists Thiago CAMPOS and Marcelo SEABRA, bassist Felipe CAMPOS, and drummer Caco GONCALVES in 2007. The bands originated with little vision for a set style, so the band began to jam and bounce ideas off each other which slowly gravitated towards a heavy version of rock bordering on metal. SEABRA left not soon after they wrote their first tune, and the band continued as a power trio for some time. It was during this formative time that the trio began to write their first "progressive metal" songs - lengthy, complex, heavy arrangements full of odd times and technical instrumentation. However, while the band had an album's worth of material written, they felt that as a power trio they were not able to express their music to their fullest potential, so they went on the hunt for a vocalist and a keyboardist during 2008 and 2009, which were relatively inactive periods for the band.

By 2010 the band had still not found new members for the band, so they decided to refine and perfect their previous compositions and make an album with or without a full lineup. However, in March of that year, keyboardist Cesar ZOLHOF joined the band, making the band a dynamic quartet. Now with an added dimension to their music, the band tried to find a vocalist to finally complete the iconic "prog" quintet. They uploaded a demo video of one of their songs, which would become their popular single "Crowded Sky" on YouTube, and asked for vocal tryouts. After a lengthy process, vocalist Denis OLIVEIRA was chosen.

From then on, the band worked full-time to develop their debut album. Through months of refining, perfecting, re-arranging, and writing, the band finally completed seven tracks to make up their debut album. However, ZOLHOF left the band in November of 2010. Hindered by the loss of the member but still determined to finish the album, the band continued, and were able to record and release their debut album, "Uncivilized," in July of 2012.