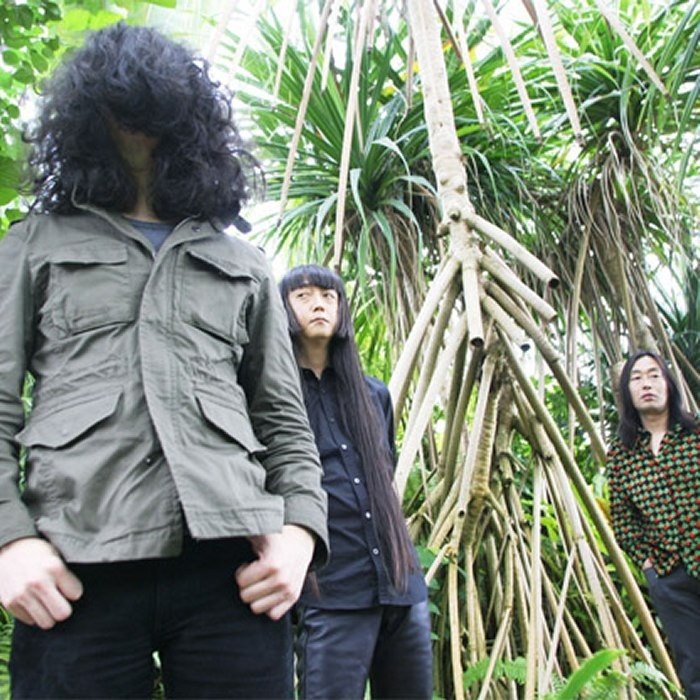 Ghost is an experimental rock group formed in Tokyo, Japan, in 1984. Core-member Masaki Batoh grew up in Kyoto, Japan where he attended a private school. During this time, he became interested in American and British rock music ranging from Bob Dylan and Pink Floyd to the Velvet Underground and Japanese rock bands such as the Taj Mahal Travellers and the Flower Travellin' Band.
Later, Batoh formed Ghost with a large and often varying lineup. According to reports posted on Allmusic, the group lived a nomadic existence, drifting from ruins of ancient temples to disused subway stations around the Tokyo area.
The band began releasing their work with the albums Ghost and Second Time Around, which were released, respectively, in 1990 and 1992. The American independent label Drag City licensed each of the albums for distribution, and the Los Angeles The Now Sound label picked up two of Batoh's solo albums, released together as well under the title Collected Works. Two albums, Tune In, Turn On, Free Tibet and Snuffbox Immanence, were released simultaneously in 1999.
As well as their own work, Ghost have recorded and performed with the ex-Galaxie 500 duo Damon and Naomi. Five years after releasing both Snuffbox Immanence and Tune In, Turn On, Free Tibet, Ghost returned with Hypnotic Underworld, and there were some changes in the band. Cellist Hiromichi Sakamoto and percussionist Setsuko Furuya left and were replaced by a rhythm section of Takuyuki Moriya (electric bass guitar, double bass, and cello) and Junzo Tateiwa (drums, tabla, and percussion).
In January 2007, Ghost released a new album titled In Stormy Nights.
The year 2008 saw Batoh collaborating live and in the studio with cellist Helena Espvall, resulting in the album Helena Espvall & Masaki Batoh. Overloaded Ark followed a year later.