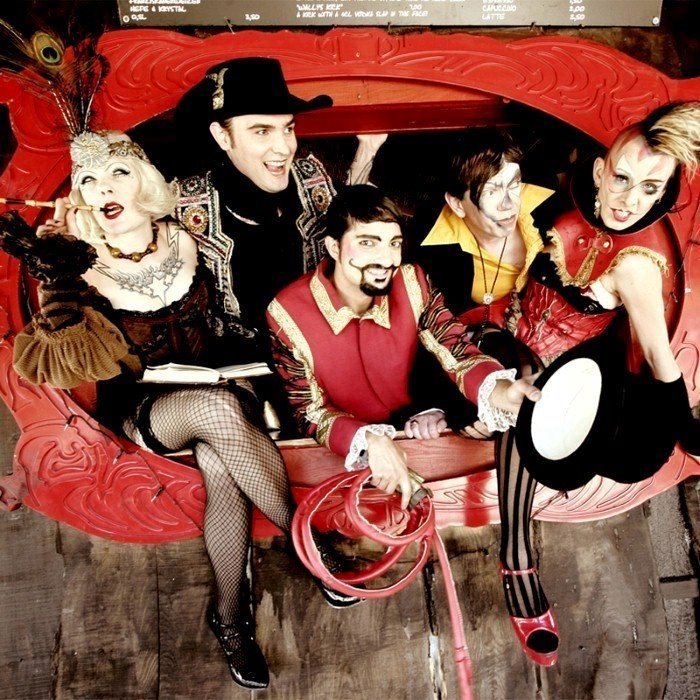 As an International Berliner band who sprung out of the ashes of Sin City Circus Ladies and survived in it's Capital, the new Soulful Garage single out on Sounds of Subterrania, 'Don't look Back/ I Wanna Know You' is the sound of Kamikaze Queens breaking through their own devices. A raucous, rockin, sweet smellin,' 100% unbending creative force at the top of their own game fit for any dance floor. Theirs is a self-made, unconventional idealism - in music, vision and compassion. They create their own, personalized atmosphere with bigger & dirtier bass and guitars, alongside the deep drumming and commanding vocals, all in all best described as "Punk Cabaret From Honky Tonk Hell." It's an eclectic mix of Spooky Punk Cabaret Songs, Soulful Garage numbers & Dirty Rockabilly riffs that'll tickle your Detroit Cobras or your Dead Kennedy while greasing up your Southern Culture on the Skids. From the first second, the Kamikaze Queens are a colossal, talented, gutsy-rock thriller, and a deep-seated, confident, bold band, like a rock and roll bullet for the twenty-first century. Like the film noir damsels of 1920's Berlin, petulant, sexual and ambiguous, so are the 2 front women, Trinity and Mad Kate, naturally vivacious, visceral, and insanely energized. Back them up with Tex Morton (Mad Sin) on Screaming guitars, Luscious Lloyd (SCCL) on Slap bass and Nico "Lipps" Lippolis (Colinda, Sandra Nasic) on Drums you have a sound like a suicide pilot dive bombing your rock´n´roll senses and pushing up daisies. The Kamikaze Queens have also played support tours with the Eagles Of Death Metal and Queens Of The Stone Age, and are in the makes of their debut album on Sounds Of Subterrania coming out this September.