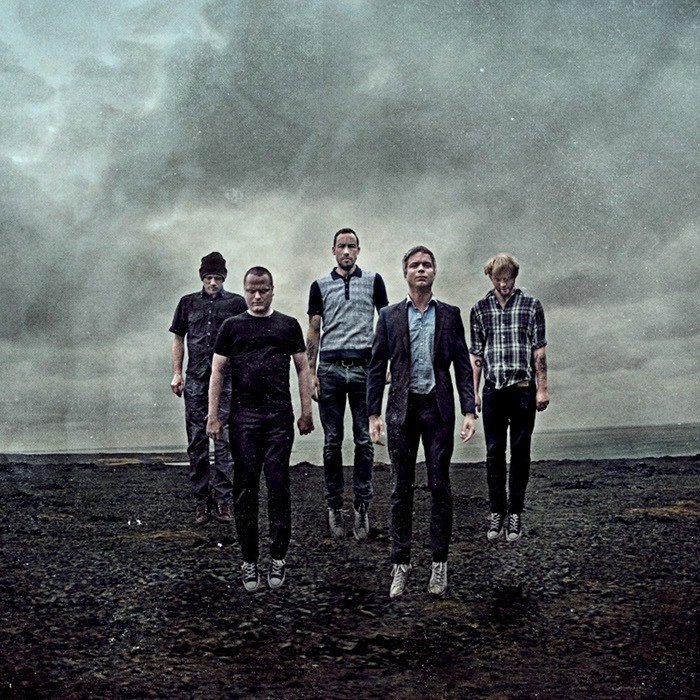 Self Preserved While the Bodies Float U (2010) 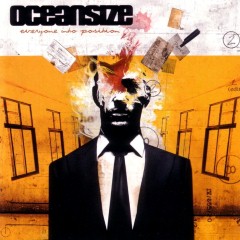 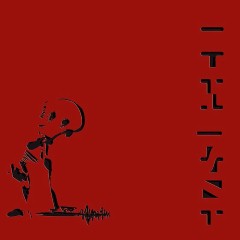 The band released four studio albums, in addition to a number of minor EPs and singles, and can be categorized variously as progressive rock, post-rock, alternative rock, new prog and space rock, among other genres. Following a twelve-year career, Oceansize announced their split in February 2011, with the members moving on to different projects.

The band members met each other while attending music college in Salford, where the various members performed in a range of different musical acts very stylistically different from the band they would go on to create. "[The bands were] pretty terrible," explains Mike Vennart. "We were in a grunge band. When I met Steve I asked him to be the new guitarist. I wanted to be experimental and unusual and still write pop songs. We were terrible at it. We didn't go anywhere for a while. When we got a new rhythm section, we re-thought what we were doing and got better. We had more vision. Although we don't all like the same music and have different tastes, we can see clearly where our music needs the most work."

The band subsequently named themselves after Jane's Addiction song, "Ocean Size". According to guitarist Gambler, the band's then-bassist Jon Ellis came up with the name: "I think, at the time, he was thinking what we would sound like. Jane’s Nothing's Shocking album, which has the track "Ocean Size" on it, was definitely a big influence."

Over the next few years, Oceansize would release two self-released EPs Amputee and A Very Still Movement. This in turn led to interest from Beggars Banquet Records, who signed the band in 2000. The band's first release on the label was the Relapse EP titled after a very early composition that had been through many different reworkings. The EP was produced by Cardiacs leader Tim Smith, a long-time hero of the band.

Oceansize's debut album Effloresce was released on September 29, 2003 on Beggars Banquet. The album spawned the singles "Catalyst", "One Day All This Could Be Yours" and "Remember Where You Are", each of which featured a music video. The album garnered considerable critical acclaim, with music critic Ben Hogwood stating that: "with their broad harmonic language and fluctuating rhythms it's difficult to give an alternative to Oceansize, which is always a good sign. If pushed I would say they've taken a good liking to '70s rock but taken on board the works of bands such as Muse and The Cooper Temple Clause, along with the more expansive end of Seattle grunge music."

Two years later, the band released their second album, Everyone Into Position on September 19, 2005. The album track "Meredith" was featured on the popular television drama The O.C., and one of the album's singles, "Music For A Nurse", became the soundtrack to an Orange advertising campaign entitled Fish during summer 2006. "Music For A Nurse" was also featured in the motion picture The Invisible (2007), and both "Music For A Nurse" and "Meredith" have also been used in the BBC drama series Waterloo Road.

Oceansize have mixed views on the album as a whole. Despite the band's view on the record, critics and fans have generally praised the release, although not all were warm to it.

Following the release of Everyone Into Position, Oceansize subsequently left Beggars Banquet. The band sought a new record deal that would better support the band in terms of promotion and financial backing for international touring. Mike Vennart implied in a recent interview that the record deal was contingent on the band writing two tracks "on order" for the company. These mp3s were released on the band's Myspace page around Christmas 2006 as a band-described gift to the fans. The two songs were "Red Rag to a Bear" and "Siberian Bullshit". In the posting of these mp3s, Vennart described these tracks as "warts an' all," and suggested that they would not show up on the new album.

On moving to new label, Superball Music, Vennart described the move as a chance for the band to move forward: "we reached a point when we’d gone as far as we could [with Beggars Banquet]. We needed a new home and these guys offered it to us on a plate. We’re the only band on the label at the moment, so they can’t do enough for us"

Everyone Into Position marked the final appearance of bassist Jon Ellis. On December 4, 2005, the band issued a press release, stating that Ellis was leaving the band, but would still contribute musically. On January 16, 2006, frontman Mike Vennart, issued a short post on an Oceansize messageboard announcing Ellis' replacement, Steve Hodson - a member of the Oceansize side-project Kong and also the drummer in Capulet.

The band's third album, Frames, was released on October 1, 2007 on Superball Music. Artwork for the album was provided by Robin Finck of Nine Inch Nails and Guns N' Roses. Originally entitled The Frame, the band elected to alter the name slightly after an incidental suggestion; Vennart explained that "one of our friends, who’s in Future of the Left, said ‘I love the title… Frames, isn’t it?’ We just thought, ‘well it wasn’t, but that’s a lot better. It’s an angular title, it evokes strength and structure and it’s quite cinematic." The album was trailed as featuring "a lot of songs about grudges and negative energy”, with the song "Commemorative 9/11 T-Shirt", inspired by a gift to Vennart by band Cardiacs, which includes a time signature of "11/8 or 9/8, so when we were naming the song it was like 'it's in 11, it's in 9, it's got to be 9/11",

In May and June 2009, Oceansize supported Sydney band Cog on a national tour of Australia, along with other support act Calling All Cars, playing a string of dates which included shows in capital cities Sydney, Melbourne, Adelaide & Brisbane. Of the tour, Mike Vennart spoke of the excitement, saying "from the moment (the tour) was mentioned, I was just hammering our manager, going ‘make it happen!’”

On the 1 August 2009, the band played the Sonisphere festival at Knebworth, joining Linkin Park, Metallica, Nine Inch Nails, Alice in Chains and more for the weekend festival. On the 21 August 2009, Oceansize supported Biffy Clyro at the Edinburgh Corn Exchange and the reformed Faith No More on the 25th

The band released a live box set in September 2009, entitled Feed to Feed. The release is limited to 5000 copies. The live recordings are taken from a series of shows the band performed on three consecutive nights at the Roadhouse in Manchester. The band played each of their three studio albums from start to finish, one album each night, including related b-sides. The boxset contains three DVDs and four CDs.

A new EP, entitled Home and Minor, was released in October 2009. On the EP, Vennart has explained that the band have adopted a particular stylistic approach on the record.

The band started working on their fourth album in fall 2009. In January 2010, the band embarked upon a UK tour, showcasing new material According to Mike Vennart's Twitter, the recording of the album was completed as on the 17 April, with Vennart stating "Recording is complete! Album 4 is go! It's all on Chris Sheldon now". Mastering was completed at Abbey Road Studios on 18 May 2010 by Sean Magee. On 22 July 2010, Oceansize posted one of the album's songs, "SuperImposer", on their Superball website, and made it available for download via Twitter and Facebook.

Oceansize's fourth (and final) album, Self Preserved While the Bodies Float Up, was released on 6 September 2010. The album showcased a heavier side to the band, who stated that it probably was their heaviest studio album to date. However, Vennart claimed that the album still had the diversity found on other Oceansize albums.

When asked by Fasterlouder.com on the future of Oceansize, Vennart was coy, but optimistic about the band's future goals. However, it was announced on 25 February 2011 via the band's Twitter and Facebook pages that Oceansize had split up. No explanations were given at the time, although in an interview a year later in 2012, Vennart commented "It's tricky. I'd kind of like to tell the story but it's pretty dramatic. It would alter the sound of the records that we spent ages dreaming up, and to some people it might sound all a little petty. But it was so fucking ugly. Suffice to say it was a recurring problem that grew and grew and it couldn't be ignored or tolerated anymore." 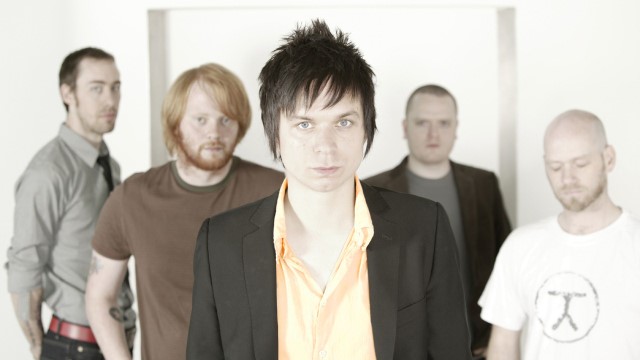 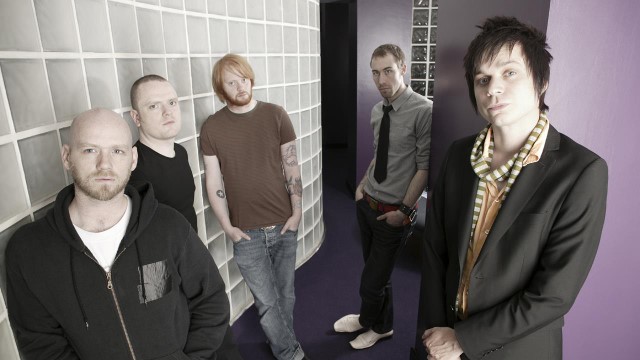 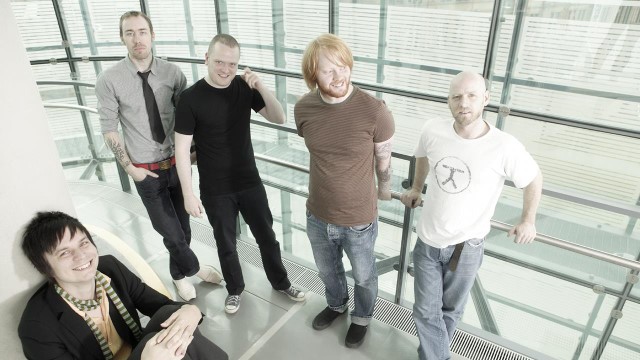