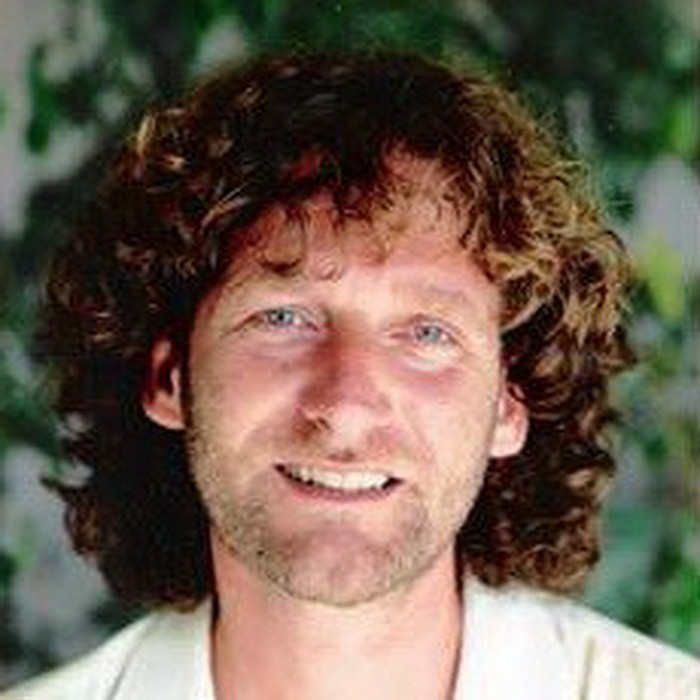 Karunesh (Hindi: करुणेश, "Compassion"; born Bruno Reuter in 1956) is a German-born New Age and ambient musician. His music has strong Indian influences prevalent throughout, with liberal use of Indian instruments, such as the sitar. Karunesh was born in Cologne, Germany in 1956. Although he had been drawn to music as a child and played in bands as a teenager, he chose to study graphic design as a career. However, after obtaining his degree, Karunesh was involved in a serious motorcycle accident. His brush with death prompted him to choose music as a career instead of graphic design. He rethought his life and embarked on a spiritual journey of sorts, traveling in 1979 to India, where he met Osho in his ashram in Pune. He became initiated and took on a new spiritual name, Karunesh, a Sanskrit name meaning "Compassion". Back in Germany, Karunesh lived in the Rajneesh commune of Hamburg for five years. Here he could develop his musical creativity in a spiritual surrounding. He came in contact with many musicians from all over the world and developed an ability to weave different styles and feelings from different cultures together in a living symbiosis, creating a music that is both spiritual and danceable.