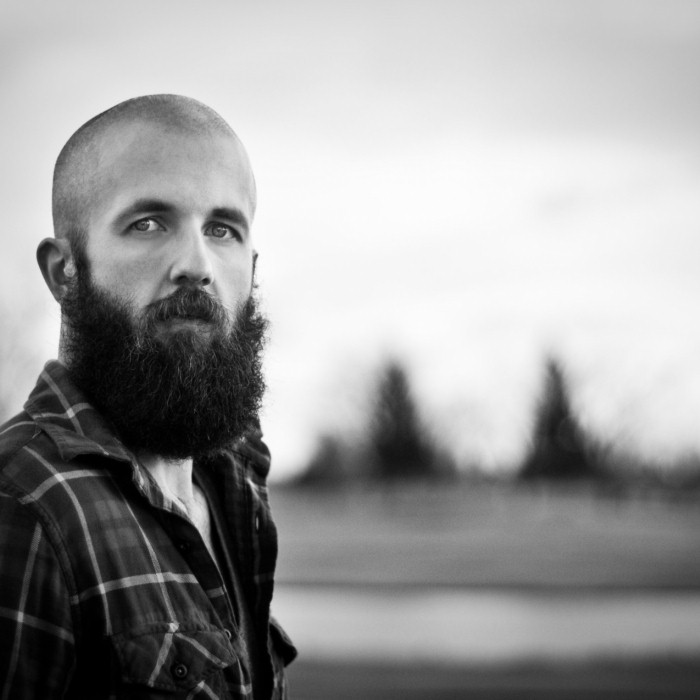 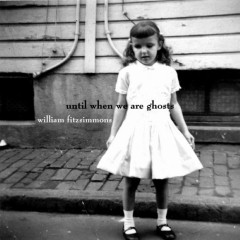 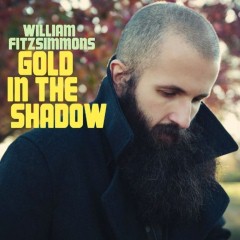 William Fitzsimmons (born 1978) is an American singer-songwriter, based in Illinois. He is perhaps best-known for his songs "Passion Play" and "Please Don't Go", which aired during pivotal scenes in the TV medical drama Grey's Anatomy. Fitzsimmons was raised in the outskirts of the steel city of Pittsburgh, Pennsylvania, the youngest child of two blind parents. Due to the family's inability to communicate through normal visual means, Fitzsimmons' childhood home was filled with a myriad of sounds to replace what eyes could not see. The house was suffused with pianos, guitars, trombones, talking birds, classical records, family sing-a-longs, bedtime stories, and the bellowing of a pipe organ, which his father built into the house with his own hands. When his father's orchestral records were not resonating through the walls, his mother would educate him on the folk stylings of James Taylor, Joni Mitchell, Bob Dylan, and Simon & Garfunkel. By the completion of his youth and schooling, Fitzsimmons had become well-versed at a variety of instruments, at the minor expense of social standing, interactional skills, and a knowledge of proper shaving technique. Fitzsimmons' path into music was likewise unusual, forsaking the hobby for many years to work with the mentally ill and pursue an education in the field of mental health. It was during his last semester of graduate school that William pooled money from past birthdays, holidays, and snow shoveling outings, and bought cheap home recording equipment to begin creating songs again (the first collection of which eventually became his debut album). After finally achieving his goal of becoming a practicing therapist, William left, and returned again to his love of crafting and playing songs. He felt that is where he most belonged. Somewhere between a singing therapist, and a counselor who writes songs, is where Fitzsimmons endeavors to be. Using songs to address matters that he believes need to be addressed. William draws from those early folks stylings of his mother's music, and the embellished instrumentation of his father's. He is often compared to contemporaries Sufjan Stevens, Iron & Wine, and the late Elliott Smith, not only for his unique style and skill in writing and proclivity to deal with substantive and evocative subject matter, but also for his use of organic and colorful melodies and arrangements. His first two records were completely self-produced, Until When We Are Ghosts and Goodnight. Fitzsimmons' friend Ingrid Michaelson joined him with vocals on Goodnight. The Sparrow And The Crow, was his first studio recorded work, released in September 2008. The album debuted extremely well at #56 on the iTunes Top Albums Chart, and #1 on the iTunes Folk Chart. While his lyricism deals often with darker undertones (The Sparrow and The Crow album was written following his divorce), a measure of hopefulness is always carefully blended in. William candidly expresses the process of making The Sparrow And The Crow as follows: "I wrote it first and foremost as a confession and apology to my former wife. It was a way to say things that I needed her to hear that I didn't know how else to say. Second, as a way to exercise the pain from what I'd easily call the worst year of my life. And third, as a way to let others in pain have a way to express and deal with their trouble, and perhaps find some hope at the end of it. It's not a divorce record, or even a "break up" record in the traditional sense, although certainly it contains elements of both. Instead, it's a record about messing up everything, and trying to find a way back home." - AllAboutJazz.com 9/2008His latest album, Derivatives, a novel remix of The Sparrow and The Crow, was released in May 2010 through Mercer Street Records to strong reviews. Pink Ganter's remix of the song So This Is Goodbye is a critic favorite. Also of note, Fitzsimmons covers Kate Perry's I Kissed A Girl, called "a brave move, but a move that completely pays off." by TheFourOhFive.com's Leah Henson. More from Henson's review: Before a second of music is played, Derivatives is already a fascinating album. The very idea of the delicate, heartfelt and evocative melodies of the previous album from William Fitzsimmons, The Sparrow and the Crow, being re-imagined and remixed to give them a positive spin is an idea that could possibly have terrible repercussions. Fortunately, the remixes are tastefully done and don't squeeze every bit of essence from the original songs. Instead of unrecognisable songs being created, as so often is the way with remixes, Derivatives is an assembly of songs developed beautifully, creating a continuation from the songs on The Sparrow and the Crow. Electro blips, synths and heavy basslines now accompany Fitzsimmons' mournful voice, adding to the songs rather than removing key elements from them. ... The intriguing thing about this album is the fact that the songs can be enjoyed on various levels. For a William Fitzsimmons fan who has listened to The Sparrow and the Crow and knows every little nuance of each song, Derivatives is a continuation, welcomed with open arms. - TheFourOhFive.com 5/2010With his expanding tenure as a songwriter, William has received mentions in noted publications such as Billboard, Paste Magazine, Pitchfork, Performing Songwriter Magazine, AllAboutJazz.com, among others. Fitzsimmons' music has been featured on several television programs such as Grey's Anatomy and Army Wives. Fitzsimmons' music is available on iTunes and from his web store and myspace page.