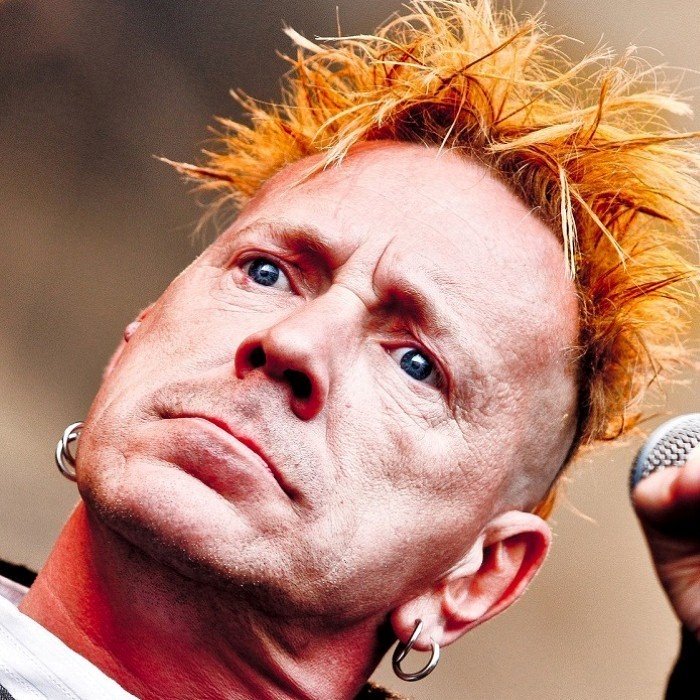 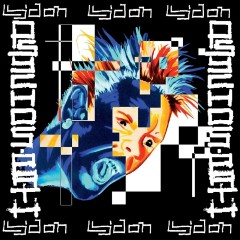 John Joseph Lydon, also known by his former stage name Johnny Rotten, is a singer-songwriter and television presenter, best known as the lead singer of punk rock band the Sex Pistols from 1975 until 1978, and again for various revivals during the 1990s and 2000s. He is the lead singer of the post-punk band Public Image Ltd (PiL), which he founded and fronted from 1978 until 1993, and again since 2009. Throughout his career, Lydon has made controversial or dismissive comments about the Royal Family and other subjects.
There has been a recent revival of a 1980s movement to have Lydon knighted for his achievements with the Sex Pistols – even though he has since turned down an MBE (Member of the Most Excellent Order of the British Empire) for his services to music. In 2002 he was named among the 100 Greatest Britons following a UK-wide vote. Q Magazine remarked that "somehow he's assumed the status of national treasure."
Lydon's personally crafted image and fashion style led to him being asked to become the singer of the Sex Pistols by their manager, Malcolm McLaren. With the Pistols, he penned singles including "Anarchy in the U.K.", "God Save the Queen" and "Holidays in the Sun", the content of which precipitated the "last and greatest outbreak of pop-based moral pandemonium" in Britain.
The band caused nationwide uproar in much of the media, who objected to the content of Lydon’s lyrics, and their antics, which included swearing on live television, in which Steve Jones called Bill Grundy a "fucking rotter". Due to the band's appearance in the media, Lydon was largely seen as the figurehead of the punk movement in the public image although this idea was not widely supported amongst the punk movement itself. Despite the negative reaction that they provoked, they are now regarded as one of the most influential acts in the history of popular music.
Lydon left the Pistols in 1978 to found his own band, Public Image Ltd, that was far more experimental in nature, and which has been described as "arguably the first post-rock group". Although never as commercially successful as the Pistols, the band produced eight albums and a string of singles, including "Public Image", "Death Disco", and "Rise", before they went on hiatus in 1993, reforming in 2009. In subsequent years, Lydon hosted a number of television shows in the UK, US and Belgium, as well as writing an autobiography, Rotten: No Irish, No Blacks, No Dogs (1993), and producing some solo musical work, such as the album Psycho's Path